Four imported coronavirus cases were reported in the city on Saturday, said the Shanghai Health Commission on Sunday morning. There were no locally transmitted cases.

The first patient is a Chinese sailor who departed from Indonesia and arrived in Shanghai on March 5 as the ship docked here for replenishment.

The second patient is a Chinese traveling in Japan who arrived at the Shanghai Pudong International Airport on March 9.

The third patient is a Chinese working in Ethiopia who arrived at the Shanghai airport on February 27.

The fourth patient is a Chinese living in Japan who arrived at the Shanghai airport on March 12.

The new cases have all been transferred to the designated hospital for treatment, while close contacts with them have been put under quarantine and observation at designated places.

So far, of all the 1,463 imported cases, 1,424 have been discharged upon recovery and 39 are still hospitalized. 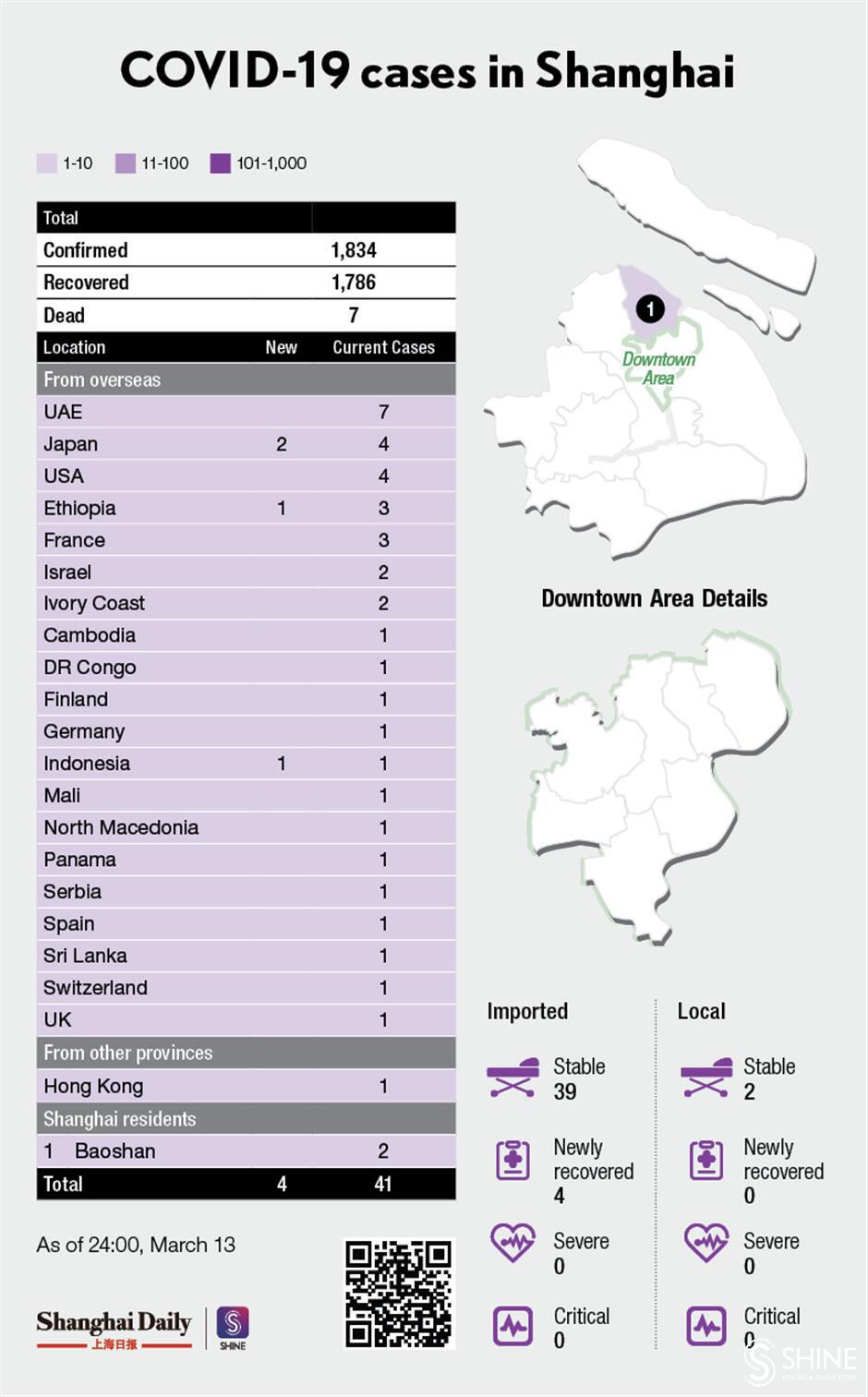