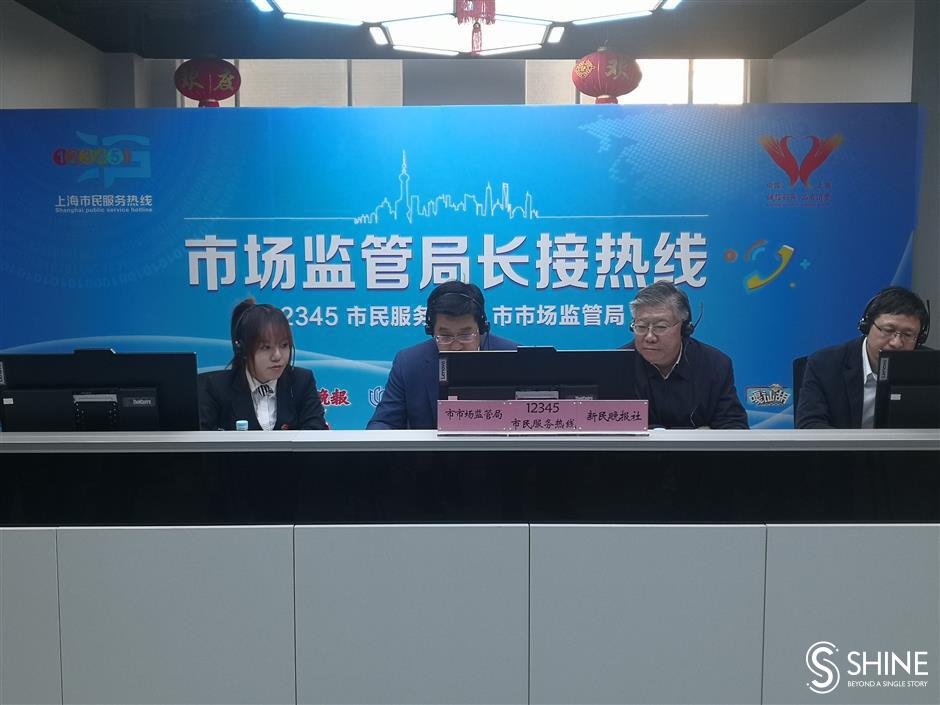 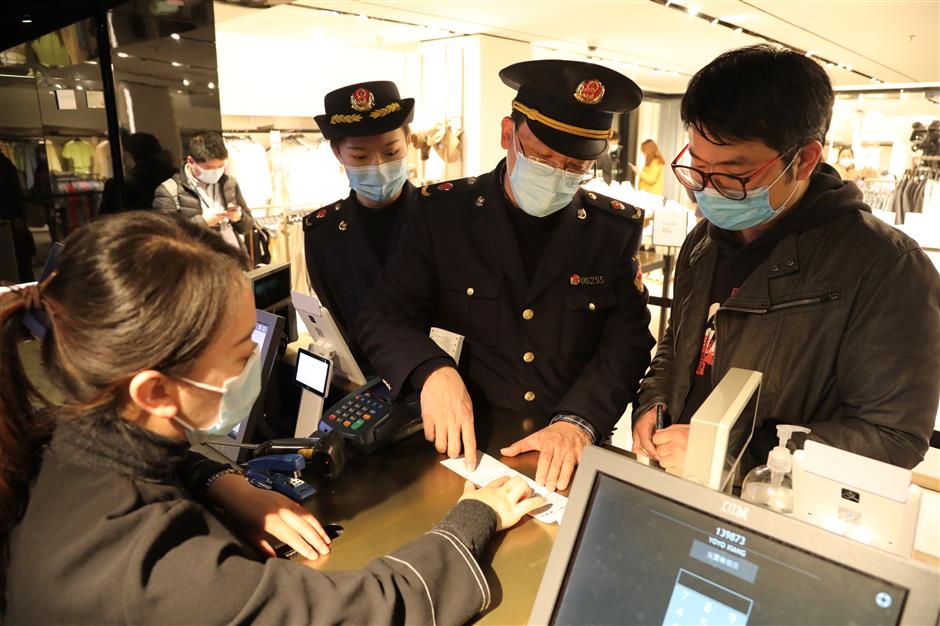 A consumer who made a call applies for refund at a ZARA outlet in Jing'an District on Sunday.

A new intelligent system relying on artificial intelligence technology has been launched. Its collects data on calls, and can analyze residents' expectations, bottlenecks of urban management and policy vacuums.

"It will reflect and analyze the density of inquiries, some common problems and areas with most problems," said Wang Jianhua, deputy chief of the hotline, and director of the city's public complaints and proposals office.

"The system is in the start-up stage and it will enable authorities to handle inquiries and complaints more efficiently and provide a strong data support for authorities' reference."

It will incorporate real-time monitoring and automatic risk alarm functions this year to improve the city's urban management and operation and help authorities spot shortages and improve services, said Wang.

Authorities will further improve its foreign language services this year and enable callers to track and assess their inquiries or complaints, officials said.

Meanwhile, a senior official with the Shanghai Administration for Market Regulation took calls on Sunday ahead of March 15 — World Consumer Rights Day.

Last year, the city's market authorities received 1.13 million complaints and tips-off, among which 210,000 were from the 12345 hotline, retrieving 370 million yuan (US$56.9 million) of economic losses for consumers.

"The solve rate and satisfaction rate of consumers will be further lifted this year to create a sound consumption environment," said Hu Hao, counsel with the administration.

On Sunday, a consumer surnamed Shen asked about a refund in the city for an item of clothing bought at a ZARA outlet in Suzhou.

"I learnt that a cross-city refund of the same brand in the Yangtze River Delta region is available now after making the inquiry via 12345," Shen said.

After Hu received the call, the whole refund took only five minutes with Shen making the refund at a ZARA outlet on Nanjing Rd W. in Jing'an District.

In total, 29 companies with headquarters in Shanghai have promised to provide cross-city refund services within seven days of purchase.