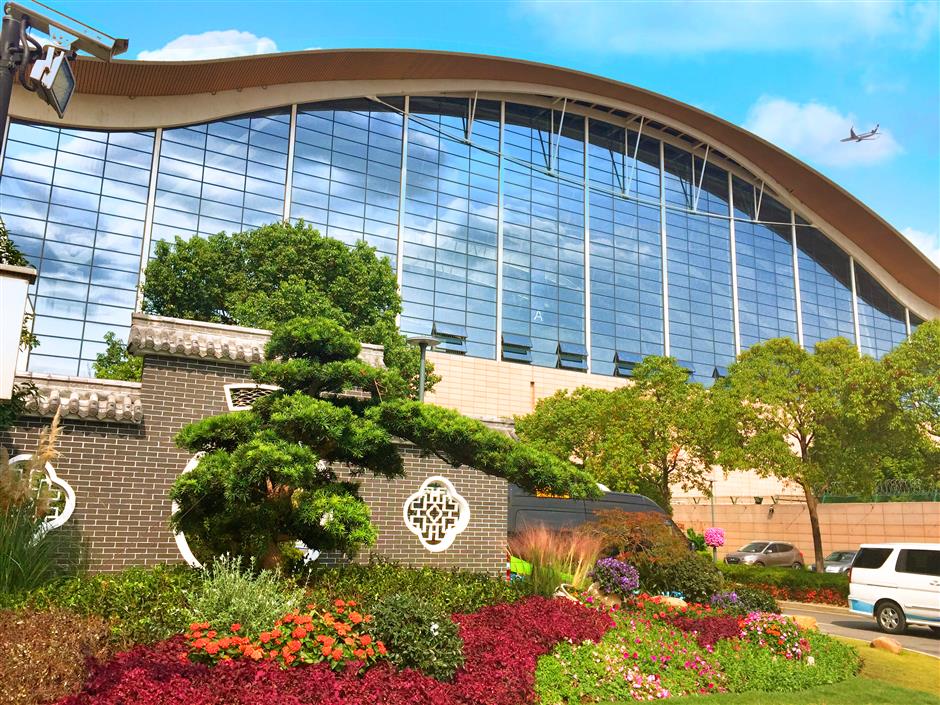 A greenery installation at the Pudong airport

Shanghai Pudong International Airport has been named the city’s “Garden Company” ahead of Arbor Day for its greenery coverage and ecologically friendly seashore environment.

The saline-alkali soil mostly reclaimed from the sea some two decades ago is now covered by over 10 million square meters of plants, accounting for half of the busy global air hub. It is the third time the airport has been awarded the title by the city’s greenery authority since 2014, the airport authority said on Monday.

It is usually difficult for a busy airport to create large green space because the trees attract birds and bird strikes could cause a catastrophe. Fallen leaves could also be blown onto runways and interrupt takeoffs and landings.

The Pudong airport chose Bermuda grass for lawns near the apron. The grass withers every autumn and spring to prevent migratory birds from approaching. The fallen leaves become ideal shelters for snails and insects to consume any fruit that may attract birds. 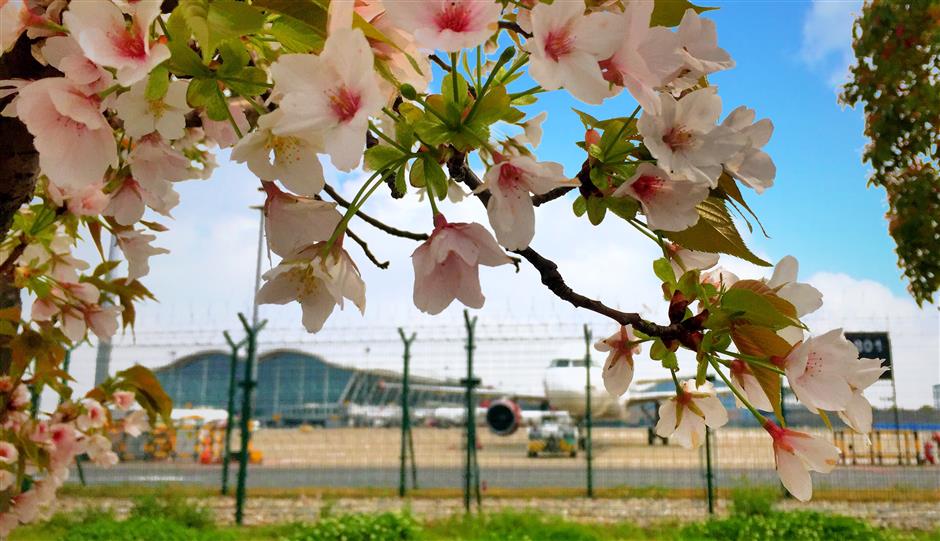 Cherry trees are in bloom near the apron at the Pudong airport.

The airport at the mouth of the Yangtze River and East China Sea is often affected by typhoons and rainstorms, especially during the city’s plum rain season. The airport has reinforced trees and takes measures to prevent leaves and twigs from being blown onto runways.

The airport authority has also been improving the soil.

The original condition of the soil was unsuitable for the growth of most plants. The airport collaborated with Shanghai Greenery Scientific Research Center to increase nutrition and also optimized the nursery stocks of over 20 species of trees to get them accustomed to the soil at the airport.

The terminal buildings and main boulevard to the airport, Qihang Avenue, are now flanked by trees with green leaves in spring and autumn as well as plants with colorful blossom in other seasons. 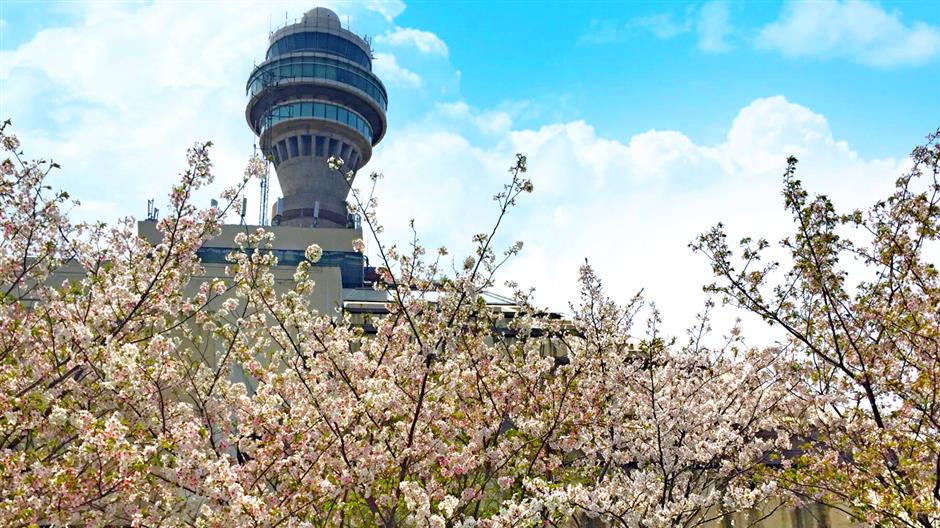 Cherry blossom near the control tower at the airport.