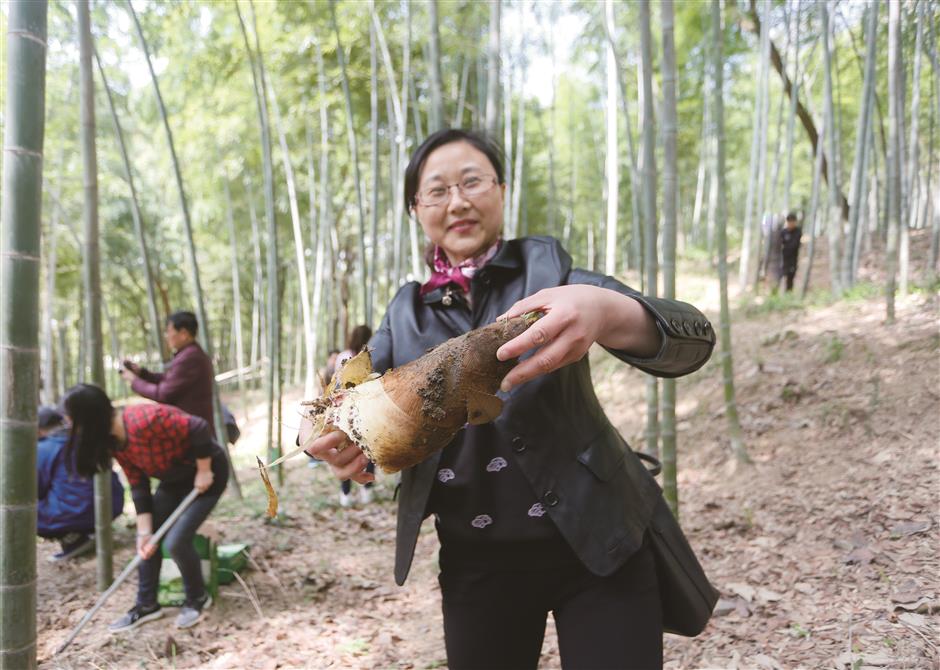 The Sheshan bamboo shoots gala, a Songjiang local festival to mark the beginning of spring, is celebrating its 19th anniversary.

“This year is an off-year for Sheshan Hill’s bamboo shoots. We will have fewer bamboo shoots compared with previous years. Nevertheless, professional guides will lead visitors to find bamboo shoots,” said Li Chengdong, an event organizer.

Bamboos have rhizomes that will sprout and grow into bamboo shoots when the weather turns warm and sufficient water and nutrients are provided. Consumption of nutrients in the ground in the previous year will cause a nutrients shortage the next year, leaving fewer bamboo shoots to grow.

“In Sheshan, we have two bumper years for bamboo shoots, followed by one off-year,” Li explained.

This year the festival will be held from March 26 to April 5 at the Sheshan Hill National Forest Park.

The opening ceremony, taking place at 10am on March 26 at the forest park’s Tianma Hill Park, will center on the traditional worship of the mountain.

“People will hold rituals to worship a mountain or a river when, for example, they do dragon boat racing or decide to harvest something on a mountain,” said Yang Feng, former chief of Songjiang District Cultural Center and a cultural consultant for the festival.

Visitors can also purchase fresh Sheshan bamboo shoots at a booth near the east gate of west Sheshan Hill.

How to get there: Sheshan Hill Station of Metro Line 9. There are shuttle buses at the station to take you to the forest park.

Recommended travel routes for the festival

2. Tour catering to middle-aged or senior visitors: Join the Sheshan Bamboo Shoots Gala to dig bamboo shoots and visit the Three Sages Memorial Hall in the morning; try a bamboo shoots feast at noon; visit the Nine Peak Temple in Xiaokunshan Park, burn joss sticks for the Buddha. Visit the Lu Ji and Lu Yun Old Residence in Xiaokunshan Town in the afternoon.

3. Tour catering to the youth: Join the Sheshan Bamboo Shoots Gala to dig bamboo shoots and visit the Three Sages Memorial Hall in the morning; try a bamboo shoots feast at noon; have fun at Shanghai Happy Valley.

• The Three Sages Memorial Hall is on the east ridge of Tianma Hill in Sheshan National Forest Resort. It honors three renowned scholars in the Yuan Dynasty (1206-1368) — Yang Weizhen, Qian Weishan and Lu Juren. The original tombs of the three ancient scholars had been eroded by wind and rain in the vicissitudes of time in the Qing Dynasty (1644-1911). In the 1980s, local forest officials, in respect for the three sages, rebuilt their tombs and constructed the current memorial hall. The hall features three pavilions, the Sword Appreciation Pavilion, the Bamboo Flute Pavilion and the Crouching Pine Pavilion. It is said that Yang used to concentrate on honing a famous sword in his home in Songjiang, Qian was fond of playing bamboo flute music and Lu used to have a calligraphic seal with the signature of Chinese characters “Crouching Pine Pavilion.” 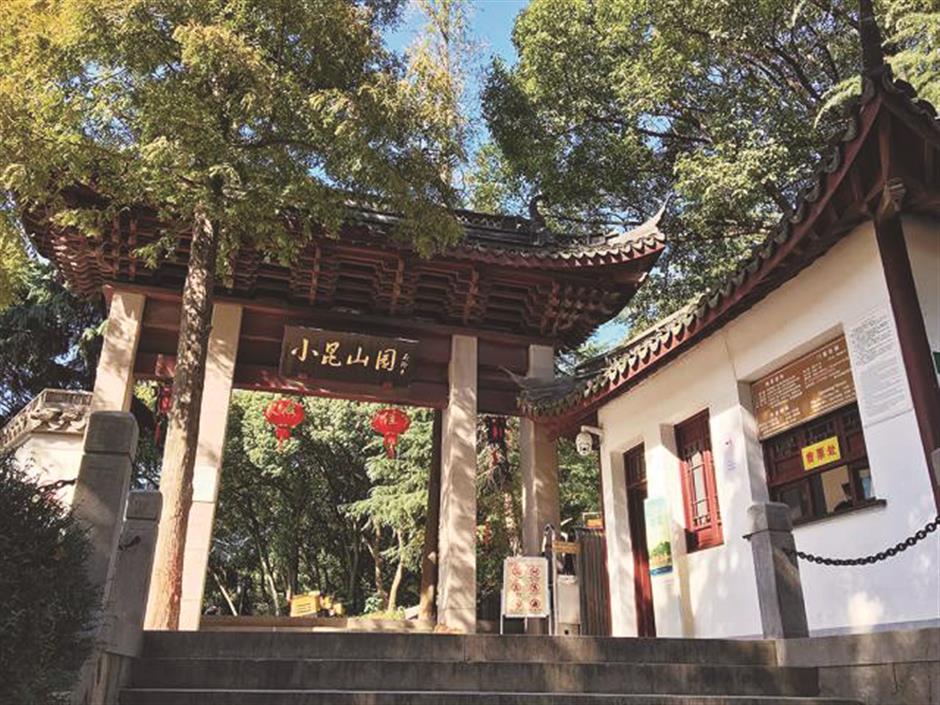 • The Lu Ji and Lu Yun Old Residence in Xiaokunshan Park in Songjiang honors Western Jin Dynasty (AD 265-317) scholars Lu Ji and Lu Yun who were murdered by treacherous court officials. It is a compound consisting of two buildings symmetric on the south and north, a gatehouse made of carved bricks and a courtyard. In the houses there are pictures of Lu Ji and Lu Yun, Lu Ji’s Pinfu Tie (a copy) and Wen Fu as well as Lu Ji’s famous quotations. Their residence no longer existed by the Tang Dynasty (AD 618-907). Poets and literary men had renovated it many times, but it was destroyed during warfare. In 2002, the Songjiang District government built and restored the old residence on the original site. According to legend, after the Kingdom of Wu perished, Lu Ji and Lu Yun lived in seclusion in their hometown at Xiaokunshan Hill, studied behind closed doors and created many excellent literary works.