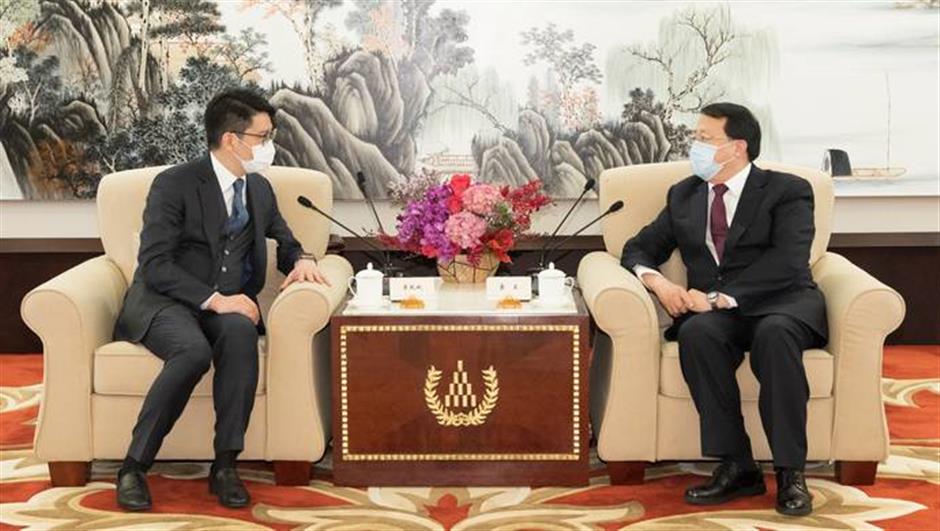 Both Shanghai and Hong Kong are international financial centers with wide cooperative prospects, and “we welcome the Bank of East Asia to push forward cooperation in the financial sector and share the opportunities in the economic development of the nation,” Gong said.

The Bank of East Asia is optimistic about Shanghai’s economic development, Li responded, adding that the bank wishes to continue to provide service for the national strategy of the integrated development of the Yangtze River Delta region, and actively push forward the cooperation between Shanghai and Hong Kong by providing better financial services.

Incorporated in Hong Kong in 1918, BEA has maintained a presence on the Chinese mainland since the opening of its first branch in Shanghai in 1920. Established in 2007, its wholly-owned, locally incorporated banking subsidiary BEA China was one of the first foreign banks to obtain regulatory approval to open on the mainland.