A slice of Shanghai's long history in miniature form 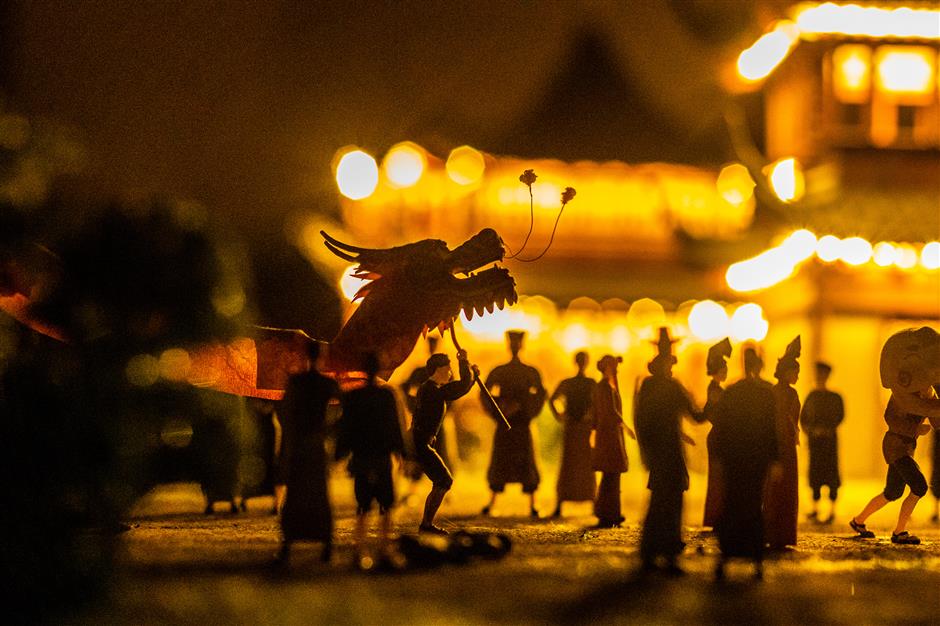 A miniature exhibit depicting Yuyuan Garden during the Qing Dynasty (1644-1911).

A miniature exhibition with hundreds of restored versions of landmark Shanghai sites over a 400 year period kicks off Saturday at Yuyuan Garden Malls.

Five different sections cover the history of the iconic garden, including the busy water transportation route at the mouth of Yangtze River, the battle between foreign invaders at the city’s northern gate, Shanghai's earliest railway station and power plants as well as modern entertainment.

Many of the garden's historical landscapes — including the Shiliupu Wharf, shikumen (stone-gate) houses and iconic buildings such as the Normandie Apartments, Moller Villa, old Shanghai South Railway Station and Yiyuan Dog Racecourse — are restored based on their original designs and historical documents, according to the exhibition's organizer. 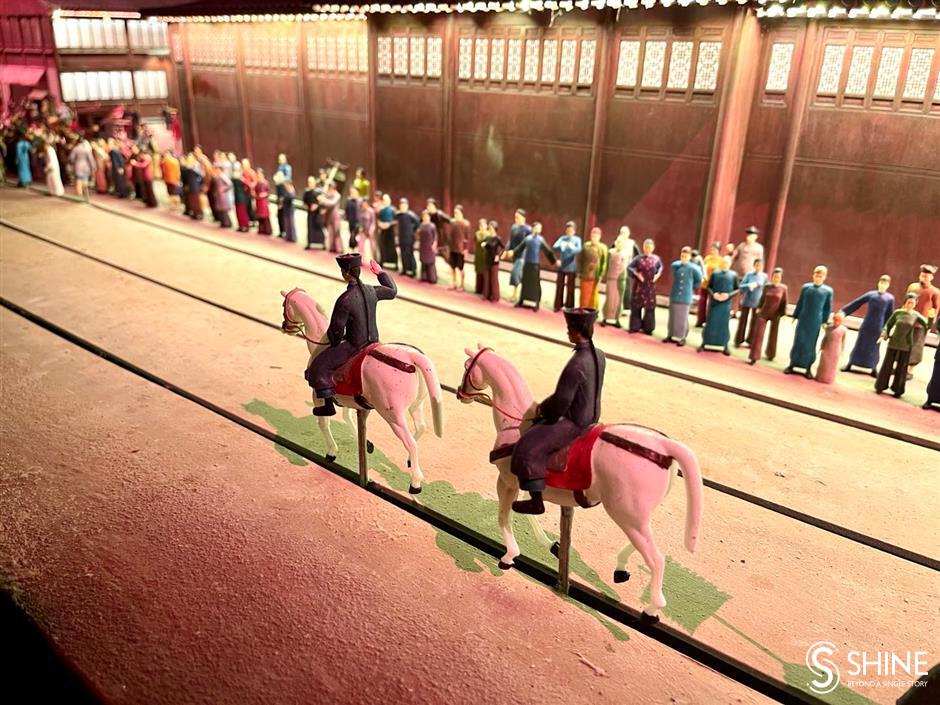 A scene from the miniature exhibition on the history of Yuyuan Garden.

The garden's exhibition hall is restored on a huge table covering 80 square meters, made based on a painting from the period of Emperor Qianlong (1736-1796). More than 3,000 figures revive the garden's former prosperity.

Many different cuisines that originated in the garden have also been restored with miniature models, such as Nanxiang small steam buns, duck blood and vermicelli soup.

In one of the scenes, more than 50 figures depict a historical event when Mayor Wu Ruifang hosted a banquet in the garden for the grandson of a German king during the late Qing Dynasty.

“The miniature exhibition aims to extract the urban culture of Shanghai,” said Lin Tianhong, president of Yumeng Culture and Innovation, the exhibition's organizer. “Technologies such as artificial intelligence, electronic sensors, as well as three-dimensional and digital interactive facilities enable visitors to learn about the city’s history and culture." 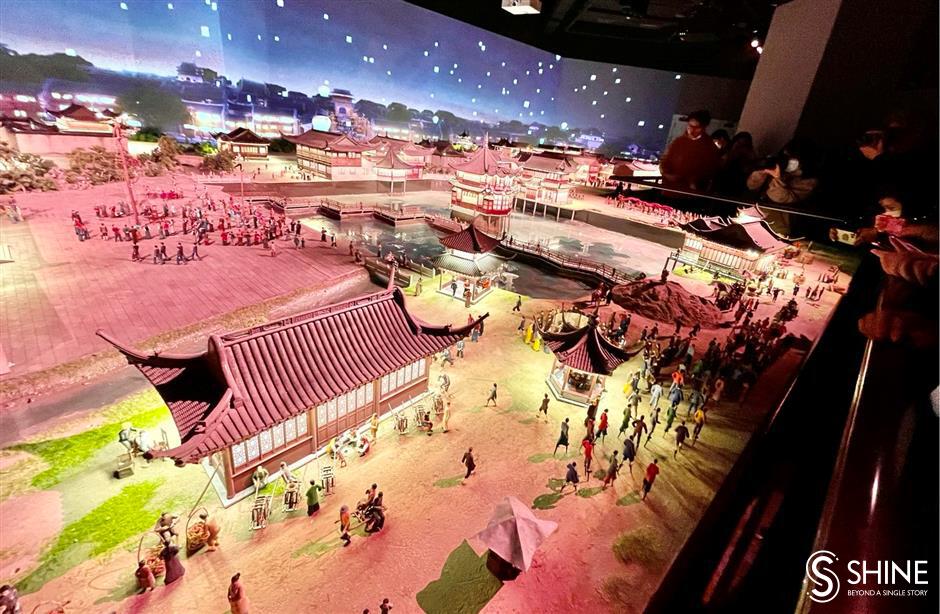 Visitors at the Yuyuan Garden exhibition

Visitors can take in a bird’s eye view of Xujiahui Cathedral and watch a wedding ceremony, or take in a movie inside the Cathay Theater in the 1930s. By peering inside the Normandie Apartments, they can view residents going about their daily routines.

The exhibition also features more than 70 interactive displays. Visitors can depart on a classic train from the old Shanghai South Railway Station and help put out a fire at Nanshi Fire Station.

Additional exhibits and content will be added to the exhibition, including sections on local food and arts that will make it a site for public education, said Lin.

The exhibition is part of an effort to attract more young people to the malls with stylish elements and upgraded time-honored brands.

The six-story Tianyu Mansion on Jiujiaochang Road — a former military drill site during the Ming Dynasty (1368-1644) where the exhibition will be launched — is now the Yuyuan Department Store, featuring famous Shanghai brands such as White Rabbit candy, First Asia jewelry, Feiyue and Warrior shoes and Pechoin skincare. It also includes theme stores with popular cartoon figures as well as National Geographic magazine. 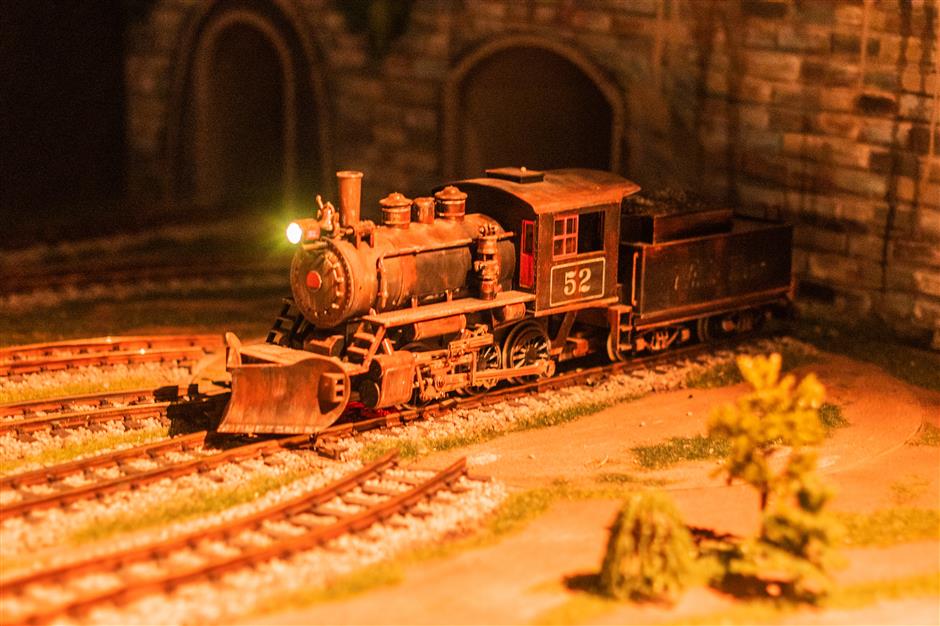 An exhibit about the city's earliest railway station. 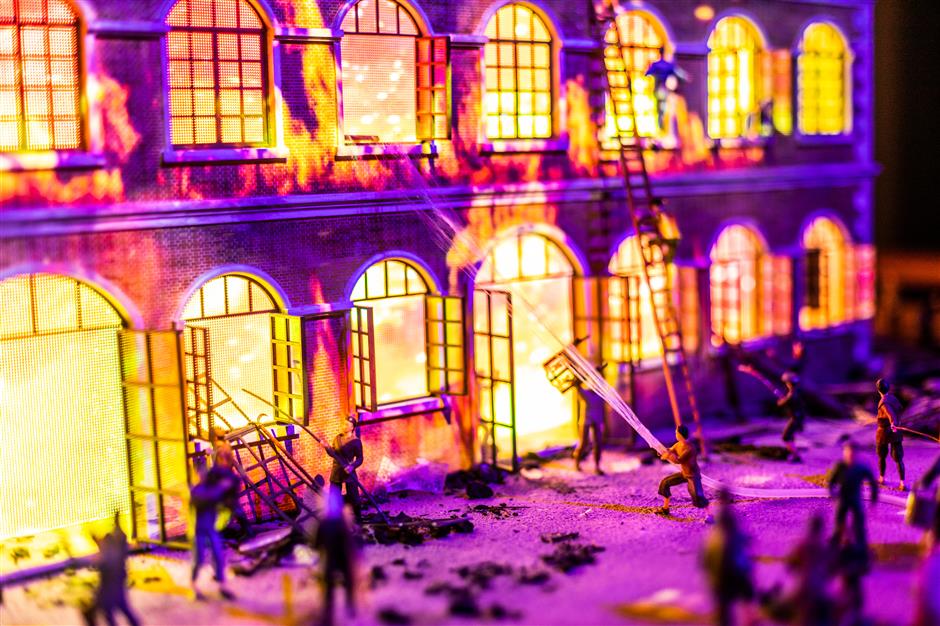 A fire rages in an exhibit about the city's first fire station. 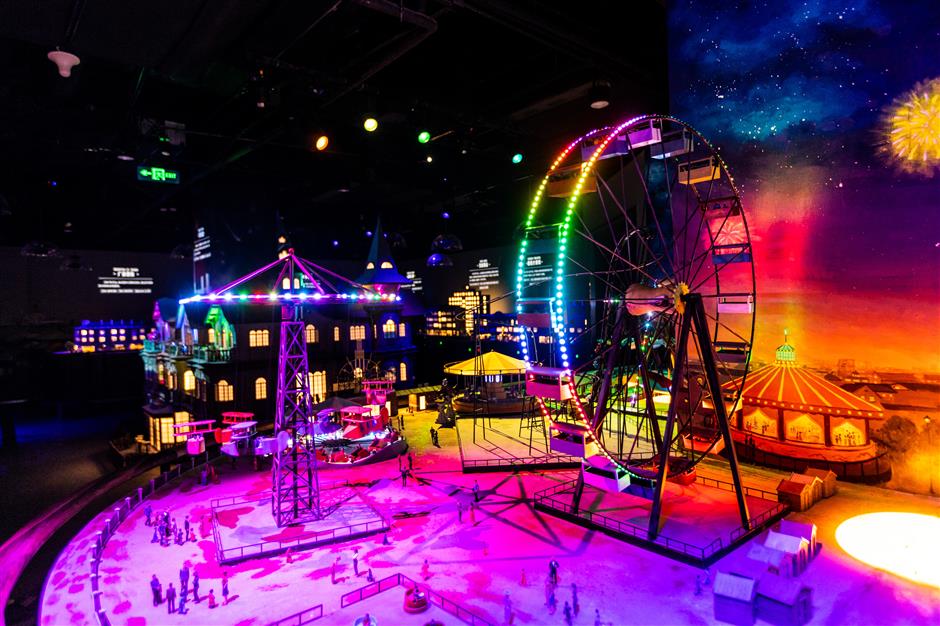 Dazzling lights are featured in an exhibit about an early amusement park.