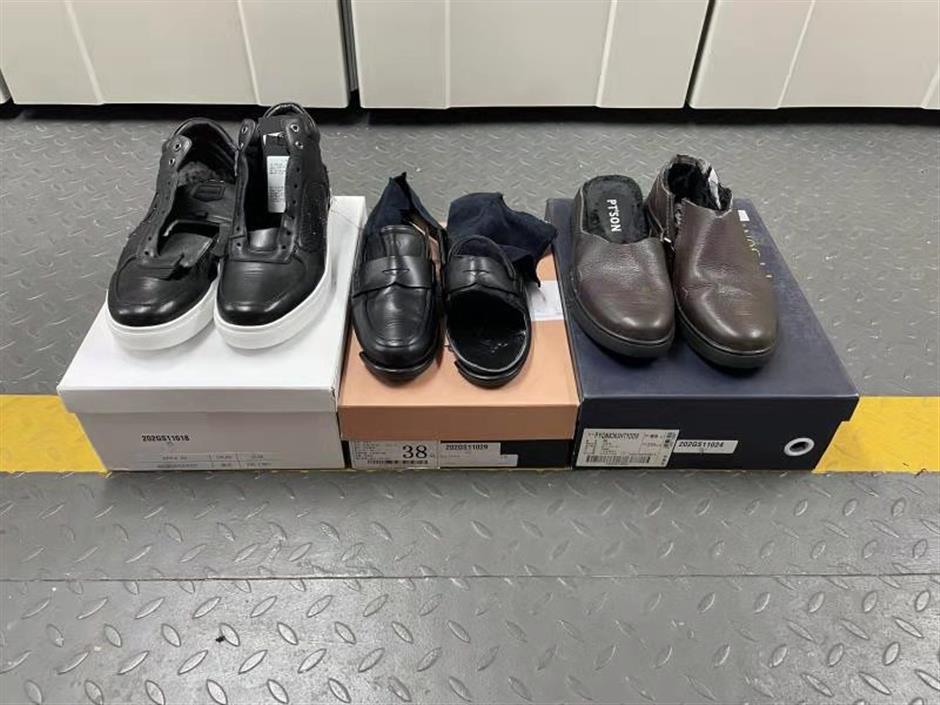 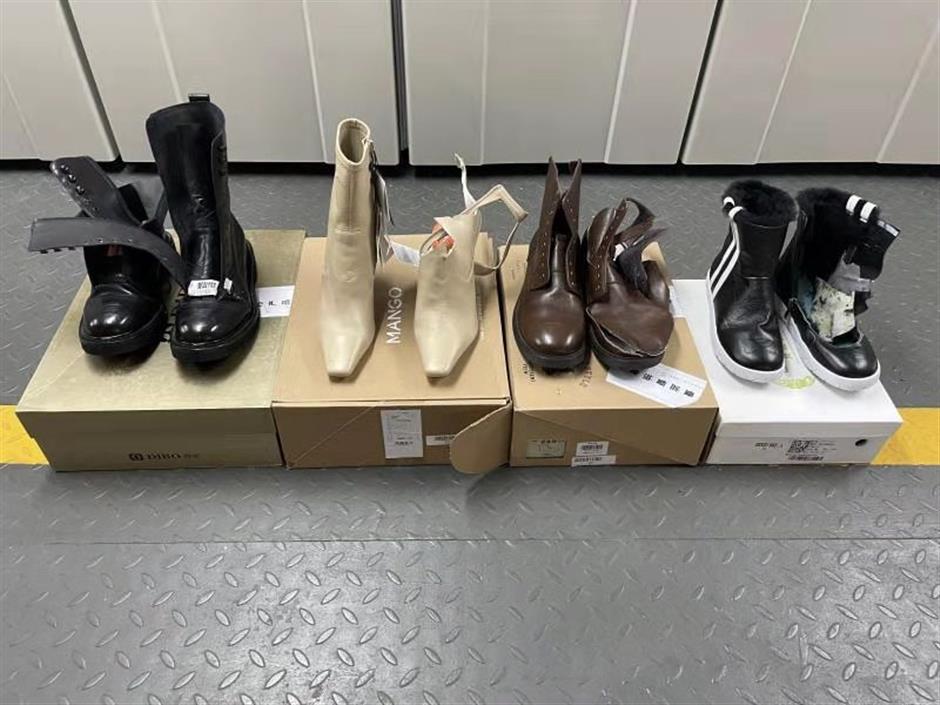 Some of the shoes found to be substandard.

Among them, a batch of PT'SON brand shoes sold at Shanghai Pacific Department Store were substandard for folding resistance, according to the Shanghai Administration for Market Regulation.

Such shoes would probably come unglued or break during use, the administration said.

A batch of Dibo shoes sold at the Cloud Nine Plaza failed for wear resistance, which will affect the duration of their use.

A batch manufactured by Verri, a trade company in Shanghai, and sold at Grand Gateway 66 were substandard for poor color fastness.

Dye in shoes with poor fastness can bleed into the skin and can be harmful, officials said.

A batch of Mango shoes sold on its website failed for peel strength and shanks, posing potential safety hazards, according to the administration.

In total, 60 batches of leather shoes were checked and 11.7 percent were found to be substandard.

The businesses involved have been ordered to stop sales of substandard products immediately and clear their stocks.