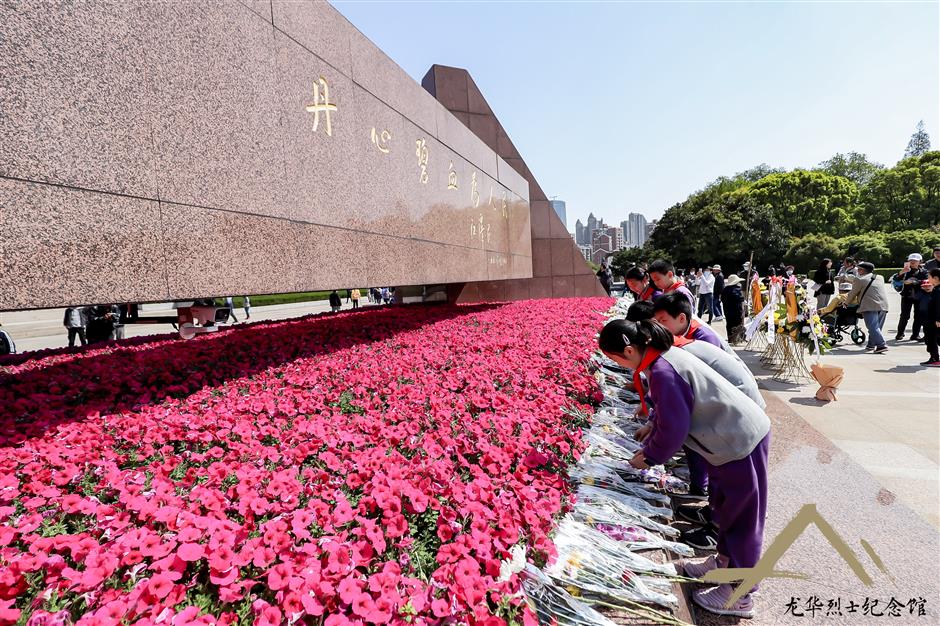 People lay flowers in front of a monument at the Shanghai Longhua Martyr Cemetery on Sunday. 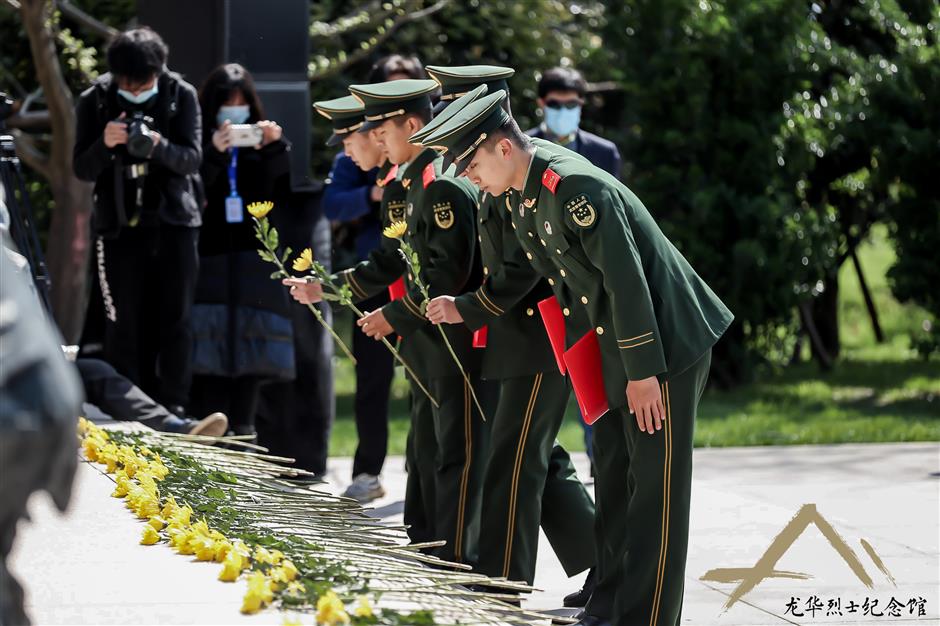 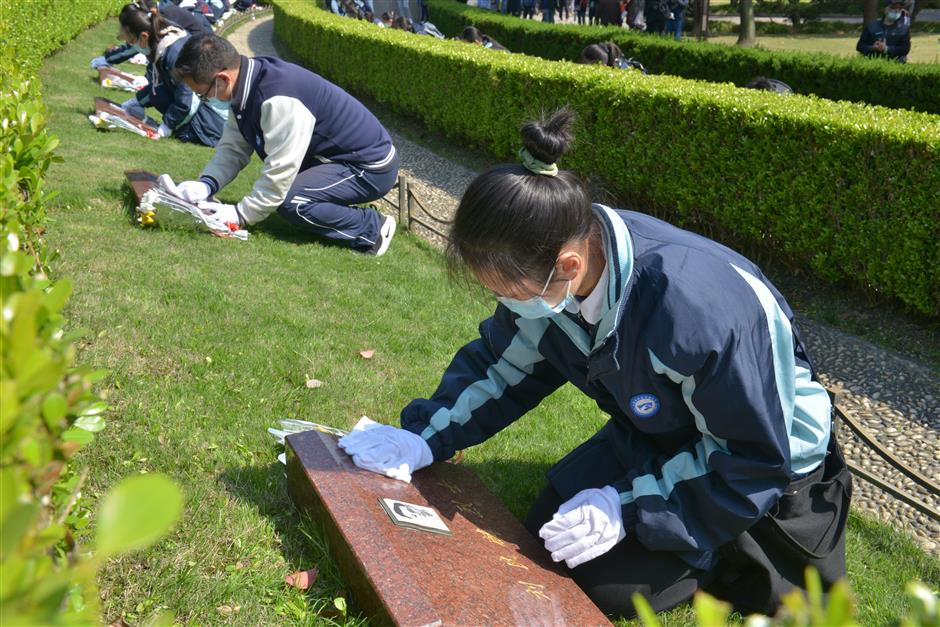 The Shanghai Longhua Martyr Cemetery and 75 martyr memorial venues across the city jointly hosted commemorative activities on Sunday as part of the Qingming Festival.

At the cemetery in Xuhui District, the main venue of the event, 100 tomb sweepers laid chrysanthemums in sea of flowers marking out the number 100. To solemn music, they bowed and read the names of martyrs together to pay tribute.

Tomb sweeping activities were conducted at the other 74 martyr memorial sites in the city at the same time. 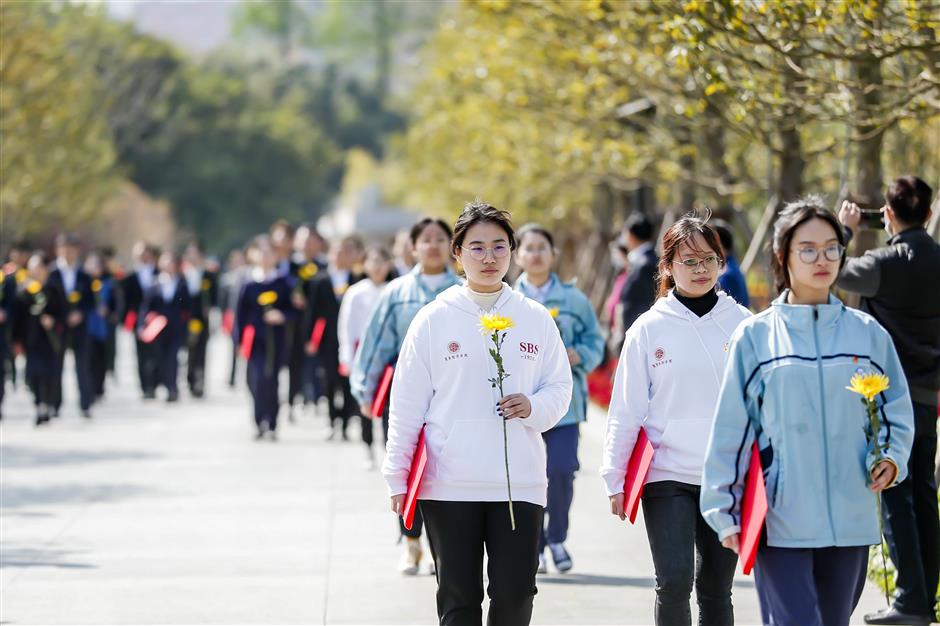 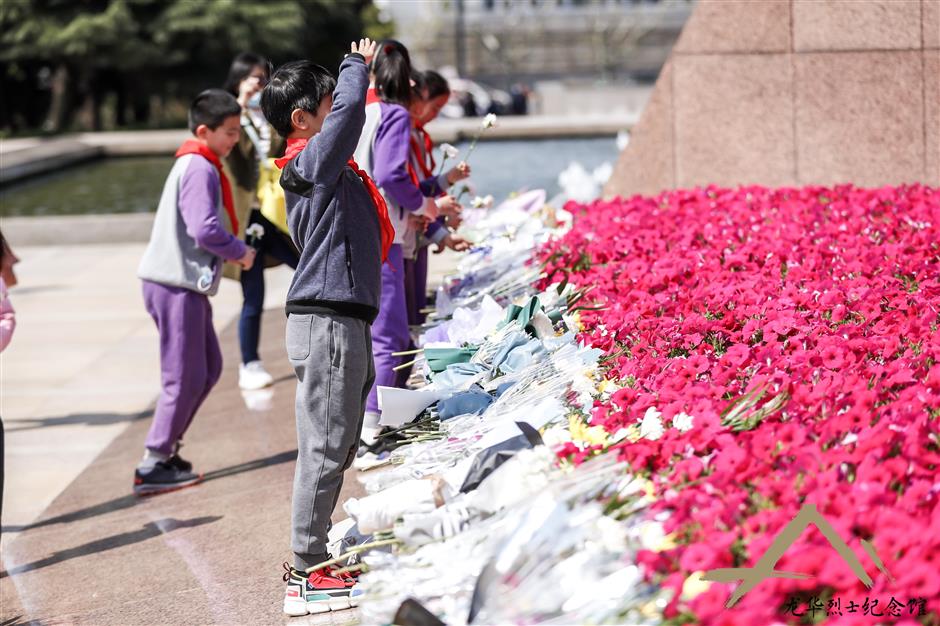 A boy salutes in front of the monument at the Shanghai Longhua Martyr Cemetery.

Lu Jiaquan, a grade-two student of the High School affiliated to Shanghai Normal University, has been serving as a volunteer guide at the cemetery for three years.

"The spirit of martyrs is a lighthouse inspiring me keep moving forward," she told Shanghai Daily.

"Their stories are deeply in my mind and I think of them when I am at a loss."

The student laid a chrysanthemum in front of a wall engraved with the names of martyrs at the cemetery on Sunday.

"The scene of their execution flashed through my mind at the moment and made me tearful," she said. 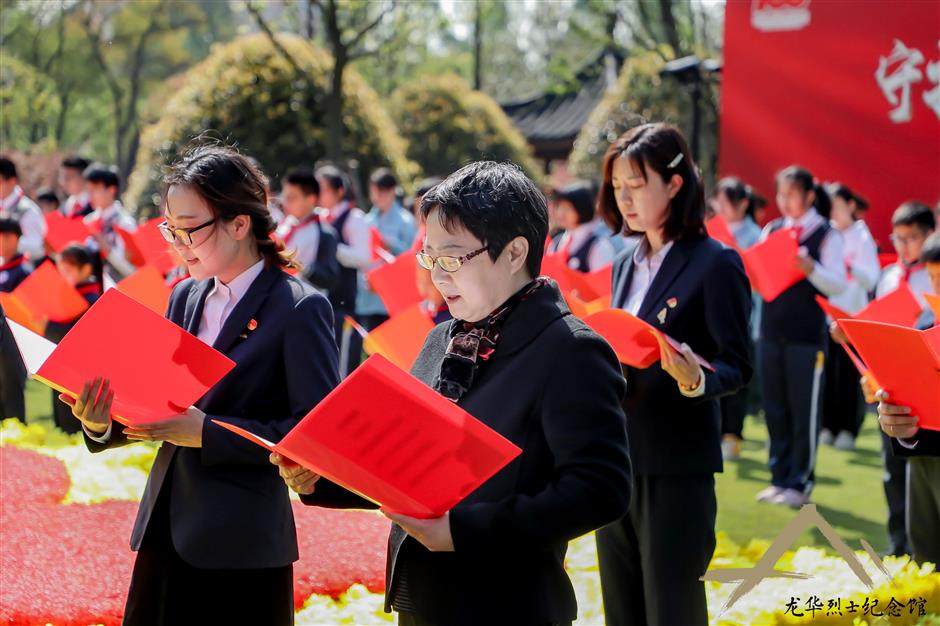 People read the names of martyrs in commemoration. 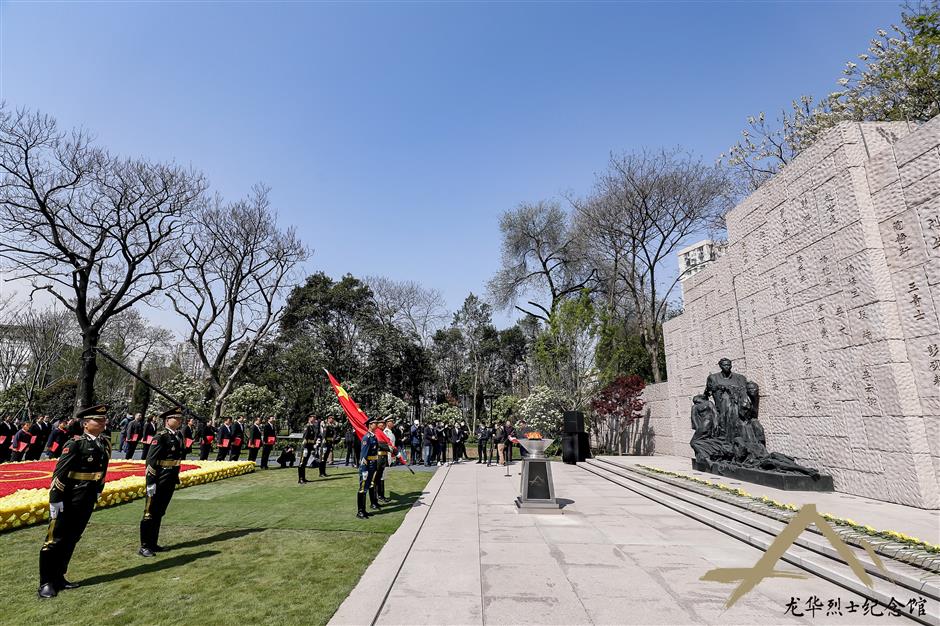 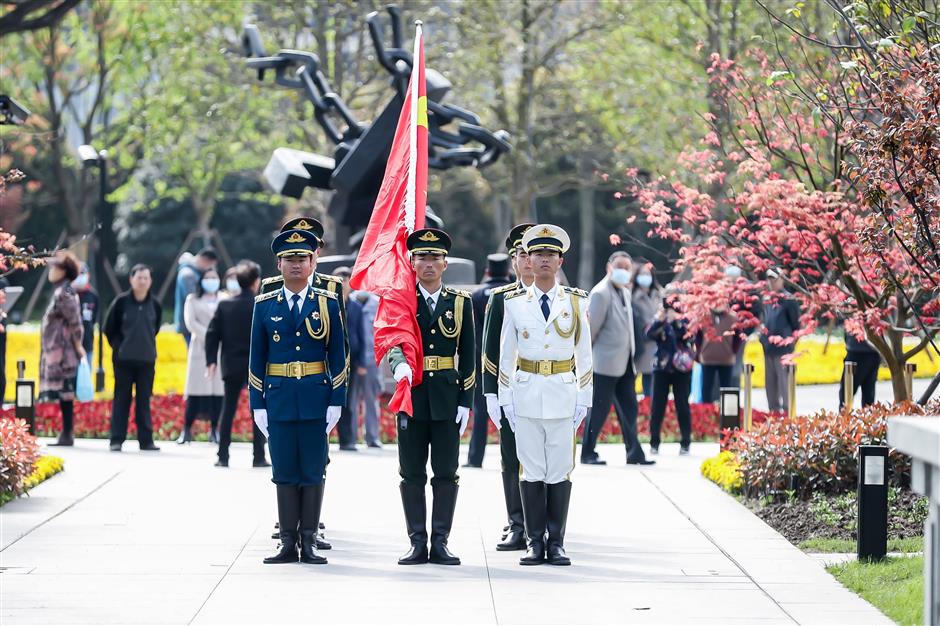 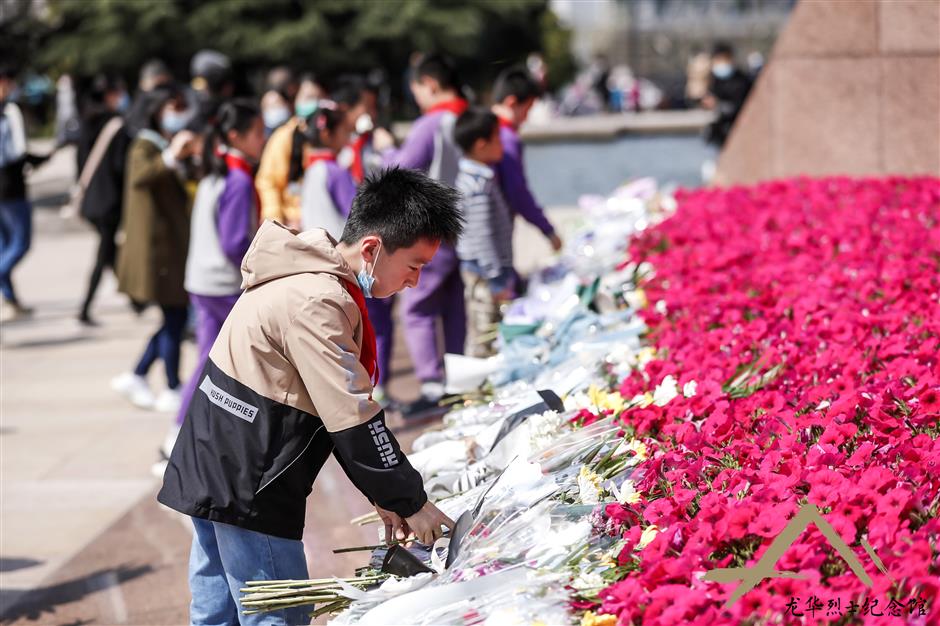 It is not only important to remember the names of Chinese revolutionary heroes, but also learn from them, remember their sacrifice and promote their spirits, said a tomb sweeper surnamed Zhang.

A child named Wei Xuan, who visited the cemetery with her mother, added: "They were very great people and I will remember them."

The tomb-sweeping event was broadcast online.

It enables people to mourn these heroes and learn the revolutionary past of the nation and the history of the Communist Party of China via an online platform, said Zuo Dapeng, Party secretary of the Longhua Martyr Memorial.

The Longhua Martyr Memorial Site has been open to the public since October after an upgrade and expansion.

The site, a key part of Longhua Martyr Cemetery, comprises the prison, gatehouse and guardroom of the former Songhu Garrison Command, and the Execution Ground of martyrs.

Between 1927 and 1937, nearly 1,000 members of the Communist Party of China were openly or secretly killed by Kuomintang reactionaries at the site.