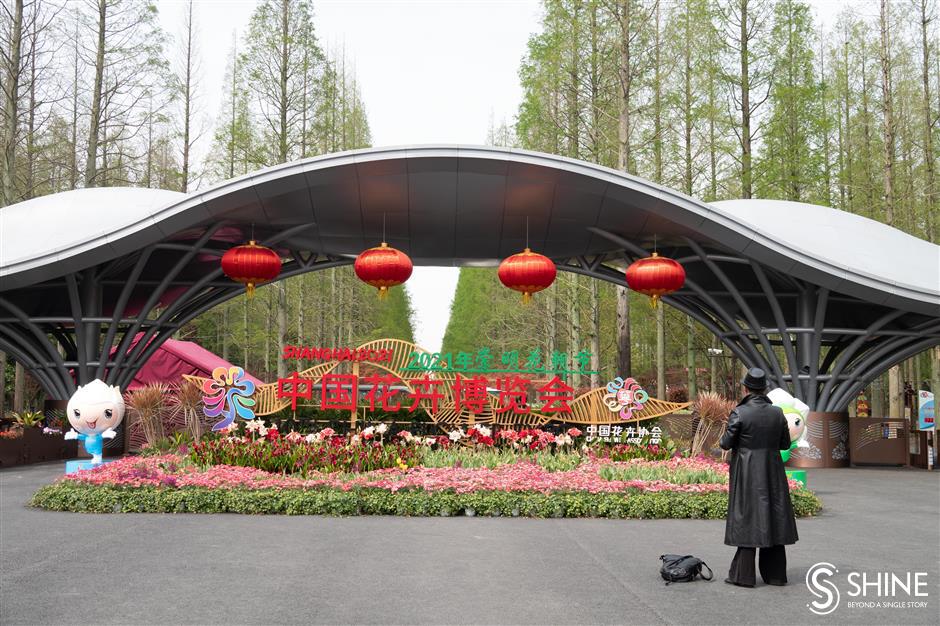 The main entrance of the 10th China Flower Expo.

After his early retirement from a downtown company in 2012, Chongming District resident Gu Hongbin turned his house into one of the first homestay sites on the island to pump up his wallet.

The successful operation inspired his neighbors to follow suit.

As the 10th China Flower Expo is set to begin next month, all 37 houses in No. 3 Hongqiao Village have been converted into staycation manors under the brand “Gu Bobo’s Homestay” to accommodate some of the visitors to the event.

It costs about 3,500 yuan (US$534) to rent an entire house with five bedrooms. A single room costs 300 to 500 yuan per night. Many of them have been booked by tourists from downtown Shanghai and other provinces who come to experience the countryside charm of the ecological island.

“The expo will be a great opportunity for the homestay businesses on the island,” said Gu, 48. “The villagers' average annual income is expected to be over 150,000 yuan."

Preparation for the expo, which takes place from May 21 to July 2, is now in its final stage. The island, one of the world's largest alluvial islands that aims to become a world-class ecological island, is upgrading its agricultural industry and environment to receive visitors from across the globe.

The site is one of the stops on the ongoing “China Along the Expressways” tour, which was launched on Tuesday to celebrate the country’s expressway network — the largest in the world — spanning 160,000 kilometers. Journalists from state and local media have been invited to explore the economic, cultural and tourism development along the expressways.

The island is connected to other parts of Shanghai by the Changjiang Tunnel Bridge expressway, which opened in October 2009 and has been driving the rapid development of the island ever since. 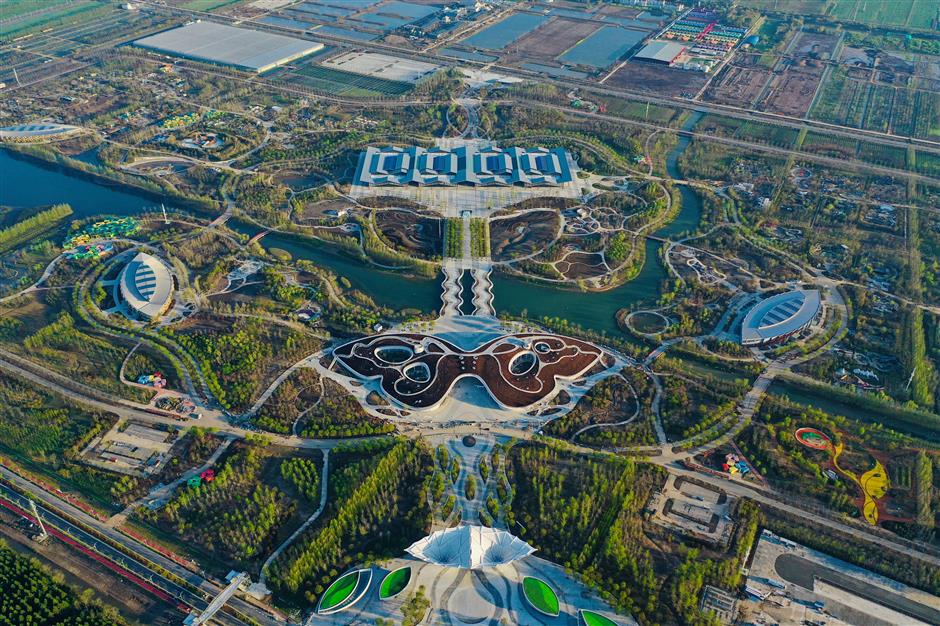 A bird's-eye view of the 10th China Flower Expo site in Chongming District.

The expo is one of the world's most important flower events and is held every four years. The 2021 expo is themed “Blossom of China Dream.” The event will showcase various flowers and plants from across the world as well as the ecological environment of Chongming. China’s provinces and cities, flower associations, Shanghai’s overseas sister cities, world-famous architects and companies will host exhibitions in pavilions and outdoors during the event.

Shanghai has released the event's volunteer logo, an egret flying in front of a flower, an homage to Chongming's abundant natural resources and the energy of the young volunteers.

“It's the first time the expo is taking place in the countryside,” said Wu Jun, vice director of the expo's exhibition and service center.

Six trial operations will be launched beginning on April 10 to test its capacity for the event, Wu said.

Construction of the expo site, covering 10 square kilometers, will be completed by the end of April, while interior decorations will be finished by May 15.

The expo is expected to attract 70,000 daily visitors on workdays and 85,000 during weekends and holidays.

An initial soft opening will take place on April 10 without visitors, followed by pressure tests on April 27 with about 30,000 visitors and May 3 with twice that number. Three additional full-capacity tests will be organized before the official opening with 85,000 people attending. 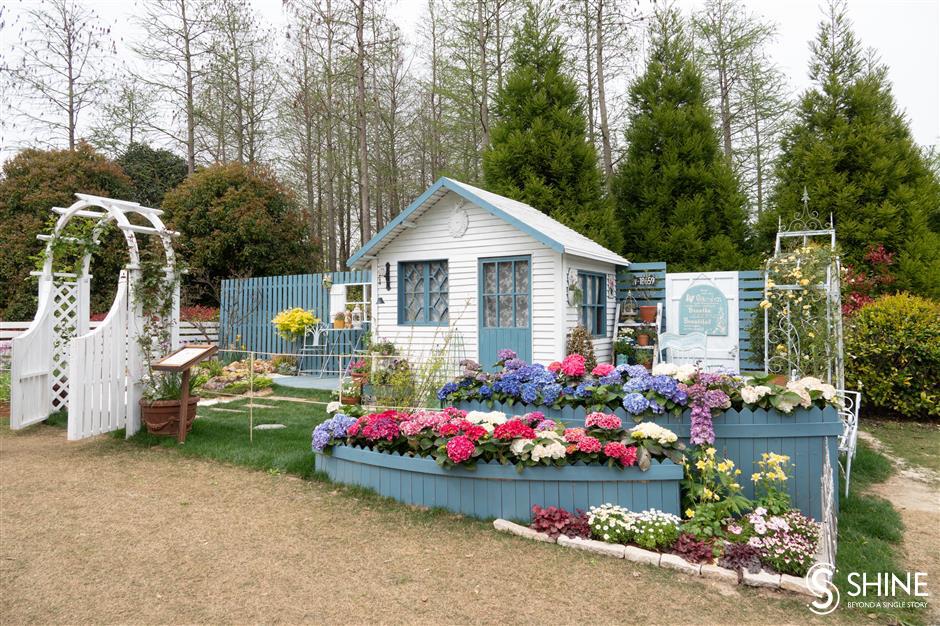 A landscape attraction at the 10th China Flower Expo site.

About 3 million people are expected to visit the district during the expo, Wu said. It has prepared close to 45,000 beds in hotels and homestay sites.

After the official opening, the expo will run from 9am to 9pm every day. The pavilions will close at 6pm when night operations begin.

Visitors are encouraged to take public transportation to the expo site, which includes Dongping National Forest Park and its surrounding area. Multiple long-distance bus lines will take visitors to the expo from downtown landmarks such as People’s Square and Wujiaochang subcenter, as well as popular metro stations. Two specialized ferry routes will also operate.

During the Spring Festival holiday in February, all the villas at Gu’s homestay were full of customers. The villagers have overseen reception, cooking, operations, customer services and marketing without outside help.

Gu said the expo should help promote his namesake brand across China.

“With the construction of the world-class ecological island, we plan to improve the environment and develop fruit picking and farming events for urbanites to experience rural life,” he said. 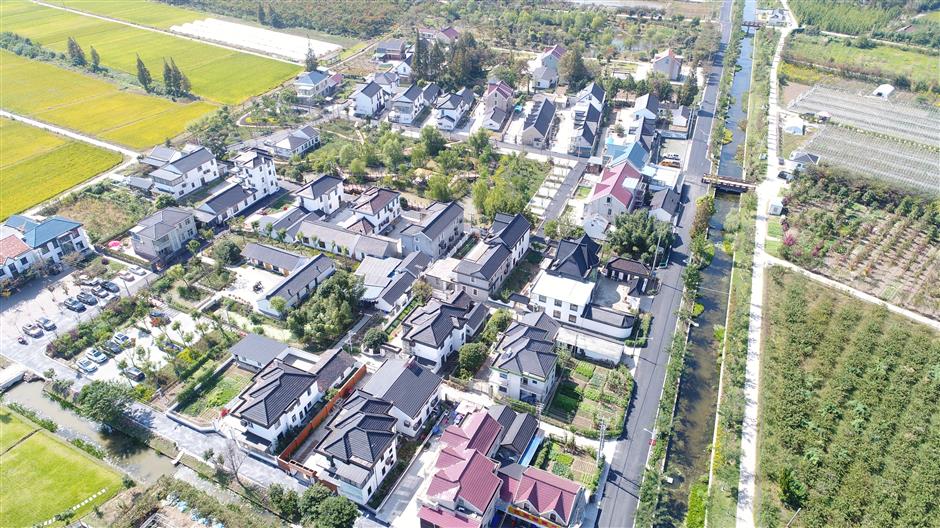 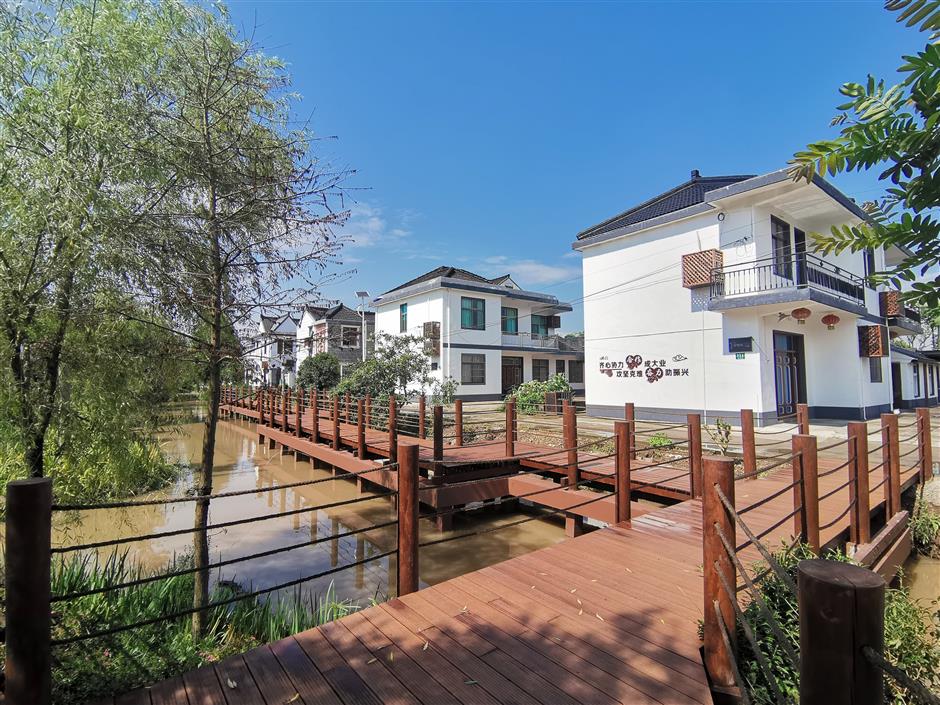 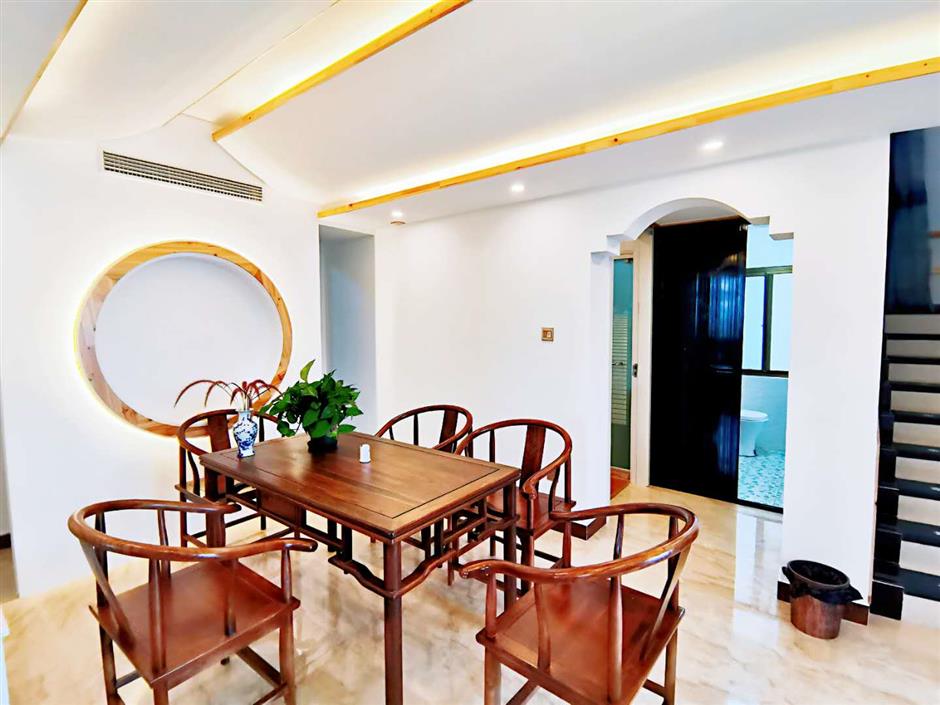 A sitting room in a Chongming homestay villa.