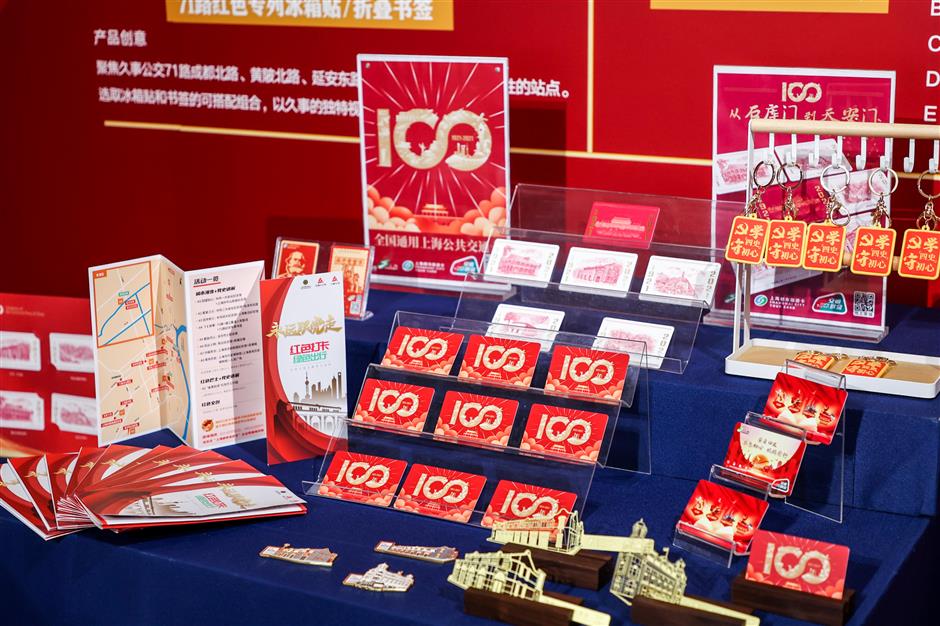 "Red" culture and tourist souvenirs on show during the launch event 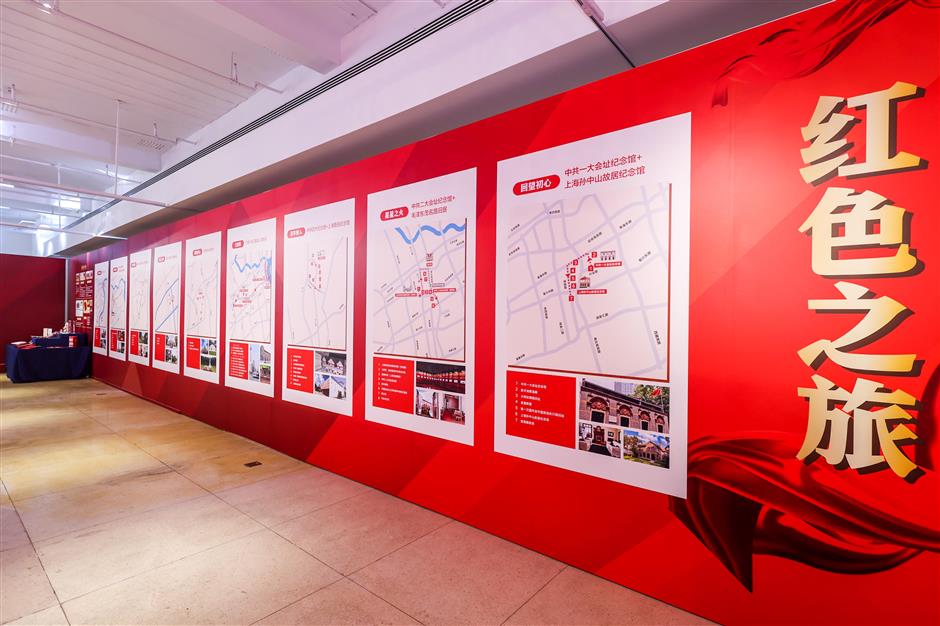 Nine "red" tourist routes were unveiled in Shanghai on Friday to allow people to follow in the footsteps of the city's heroes and experience its revolutionary past.

Duolun Road, which features the former residences of renowned writers Lu Xun, Mao Dun and Xia Yan, and Wukang  and Nanchang roads, which are lined with red venues, are also on the list. 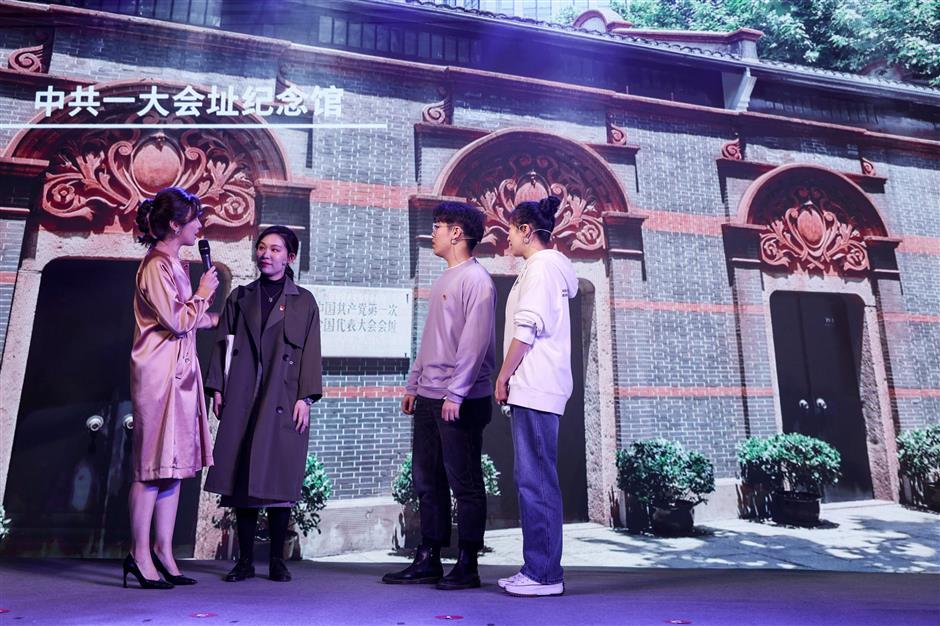 There’s also a double-decker bus tour from Lujiazui to the Longhua Martyr Memorial with passengers learning the history of the Party along the way.

A cruise on the Huangpu River will feature stories of the city's revolutionary past and the historical buildings on the Bund. A trip on the No. 71 bus which passes several revolutionary sites is among the itineraries.

The trips also include a visit to the Chen Yun Memorial and nearby Liantang ancient town in suburban Songjiang District.

By scanning a QR code at relevant stops, people can win gifts.

The tourist products were launched by the Shanghai Museum Association, Shanghai Public Transportation Card Co Ltd and Shanghai Juse Cultural and Media Co Ltd under the guidance of Shanghai Administration of Culture and Tourism.

These can be reserved by groups and individuals via the app and WeChat account of the Shanghai Public Transport Card and Shanghai City Tour Pass.