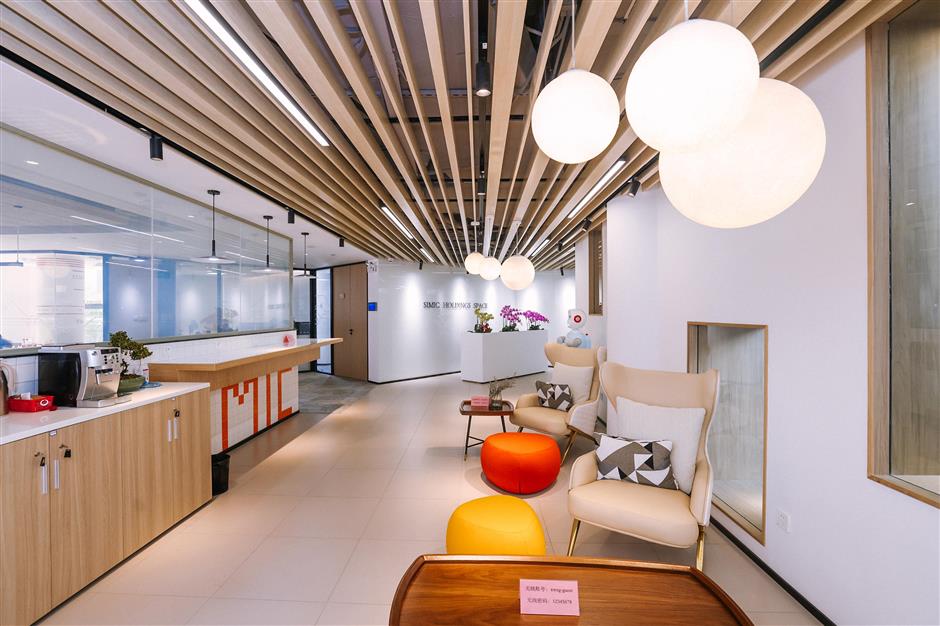 An office space at the newly unveiled SIMIC Valley in Changning District.

A landmark high-tech compound was launched in downtown Changning on Monday to become a pilot project on Shanghai’s digital transformation strategy and China’s entrepreneurship and innovation campaign.

The SIMIC Valley office building was renovated from the former Printemps Department Store on Dingxi Road, which closed in April, 2019. It now features artificial intelligence companies, exhibitions and smart applications.

A number of high-tech startups such as the Silicon Wisdom and GraviBit have been based in the newly unveiled complex.

The valley will mainly focus on the AI technology with supports from the Shanghai Institute of Microsystem and Information Technology. It will become an eastern hub of the "Hongqiao Intelligent Valley," a key technology base planned by the Changning government, the district government said.

The project is one of the five key pilot projects of the “Innovation China” campaign in Shanghai. The national campaign initiated by the China Association for Science and Technology helps incubate scientific achievements by gathering resources and funds. 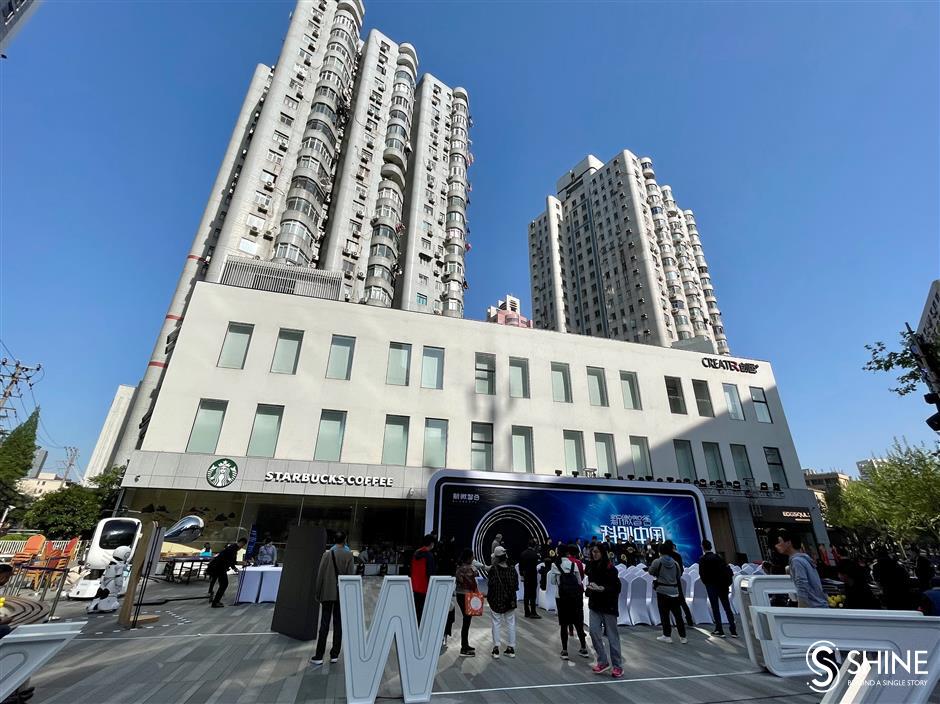 The SIMIC Valley on Dingxi Road

The Changning branch of the Printemps Department Store opened in 2004 and was once a popular shopping destination. But while other malls adjusted their businesses in the face of online shopping, it stuck to traditional business models. It shut on April 15, 2019, after its lease expired.

After two years old renovation, the building on 1328 Dingxi Road now focuses on AI applications, intelligent scenarios and incubation for startups. Commercial and exhibition facilities in the building will largely involve various updated AI applications, according to Creater Industrial Co., the firm in charge of revamping the area.

With 5G network coverage, for example, AI will analyze the most popular merchandize and work out marketing strategies.

Dingxi Road has advantages in developing the AI sector in that two institutes under the Chinese Academy of Sciences are based there, the microsystem and information technology institute and the Shanghai Institute of Ceramics.

The former department store has been renovated into a maker space-style complex.

A thin foldable screen glass is on display in the SIMIC Valley.