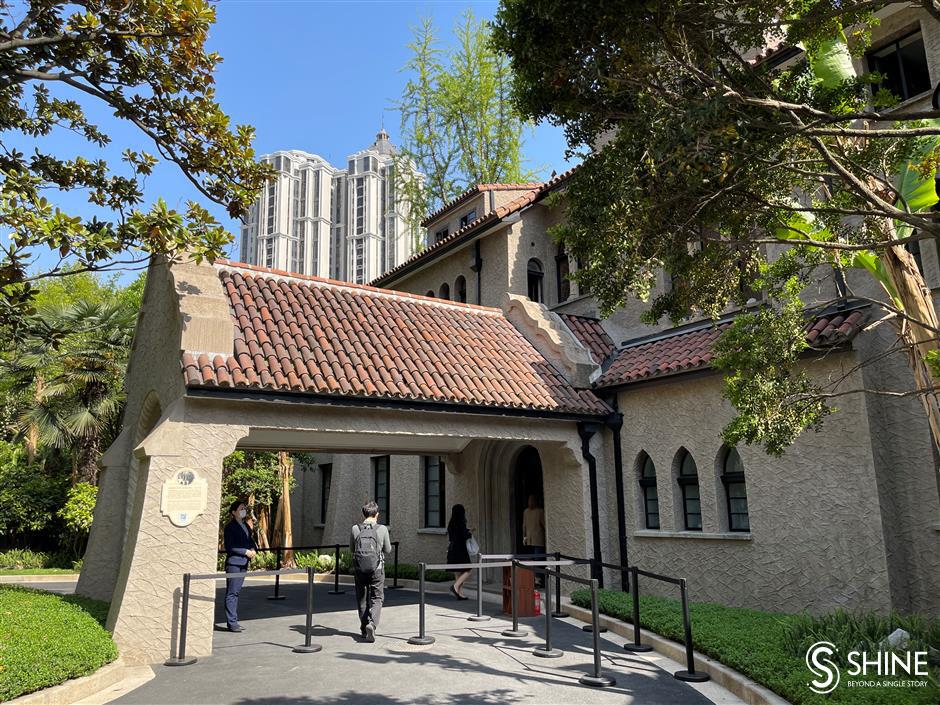 A modern art exhibition was launched in a historic villa designed by renowned Hungarian architect Laszlo Hudec – who helped shape Shanghai – as his ideal Shanghai home on Monday.

The Sun Ke Villa, built in 1931 at 60 Panyu Road in Changning District and which later belonged to Dr Sun Yat-sen’s son Sun Ke, will open to the public through July 25.

The exhibition titled “Bodies of Water” is one of the projects of the 13th Shanghai Biennale. It focuses on the climate crisis and human vulnerability amid the COVID-19 pandemic with over a dozen art installations by artists from at home and abroad.

"A Season in Shell" – a video, abalone shells, a porcelain dinner set, and a table and chair – showcases the connections among abalone traders in Africa, seafood restaurants in Hong Kong and Swiss watch producers in Zurich.

A photograph named "Karachi Series-1" displays scenery that citizens walking out from homes at dusk and gathering at a public space may see. 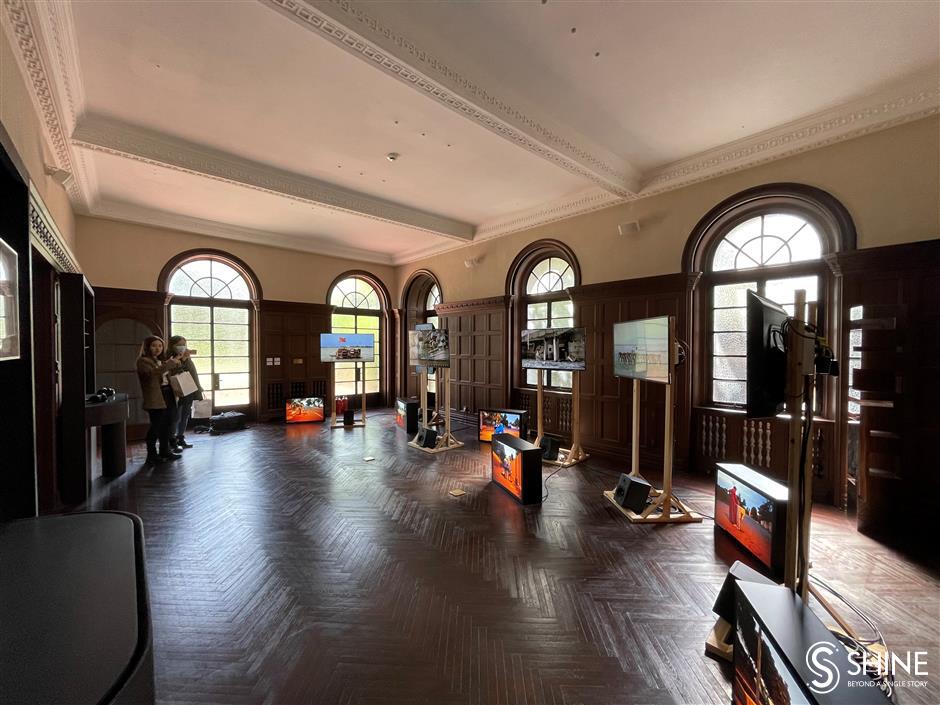 The 1,051-square-meter, three-story villa is part of the Columbia Circle compound, once a country club and a gathering place for Americans between 1927 and 1942 on the then outskirts of the city.

Hudec mainly drew on the Spanish-style architecture in vogue in the US at the time and built the garden villa for himself next to the club. It blends at least five architectural styles, with Spanish red tiles and roof, Baroque window frames, an Islam arch and tipped with decorative Renaissance-style chimneys.

The villa is among few local sites that comprise exquisite historical architecture, which are former residences of celebrities and have remnants of early scientific research, according to Vanke, operator of the renovation project.

The villa is well-preserved because it was listed among Shanghai’s first group of protected historical buildings in 1999. It has been rarely open to the public before. 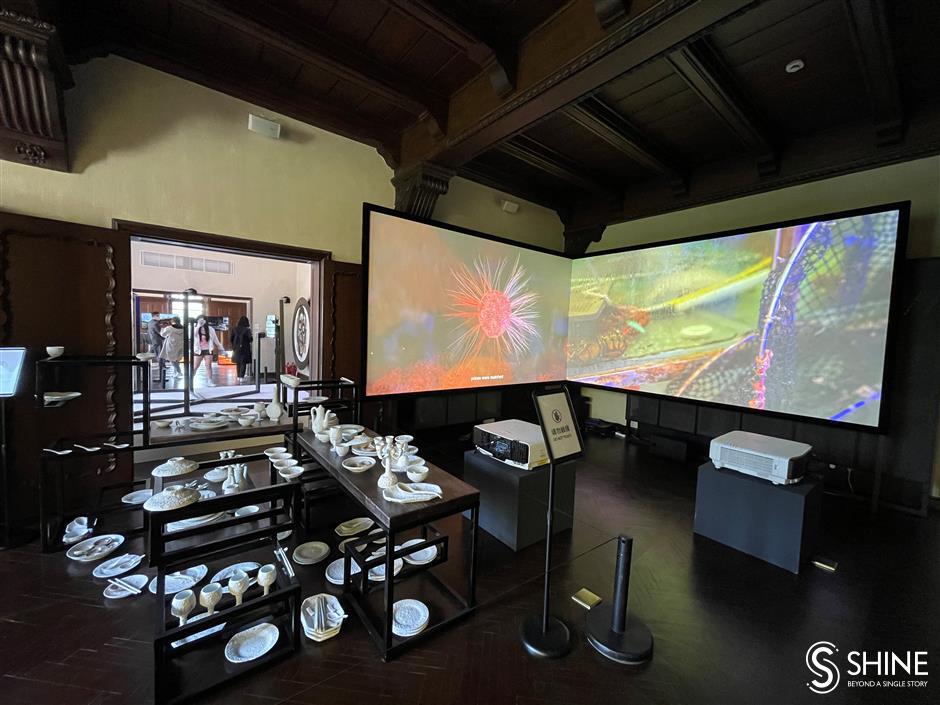 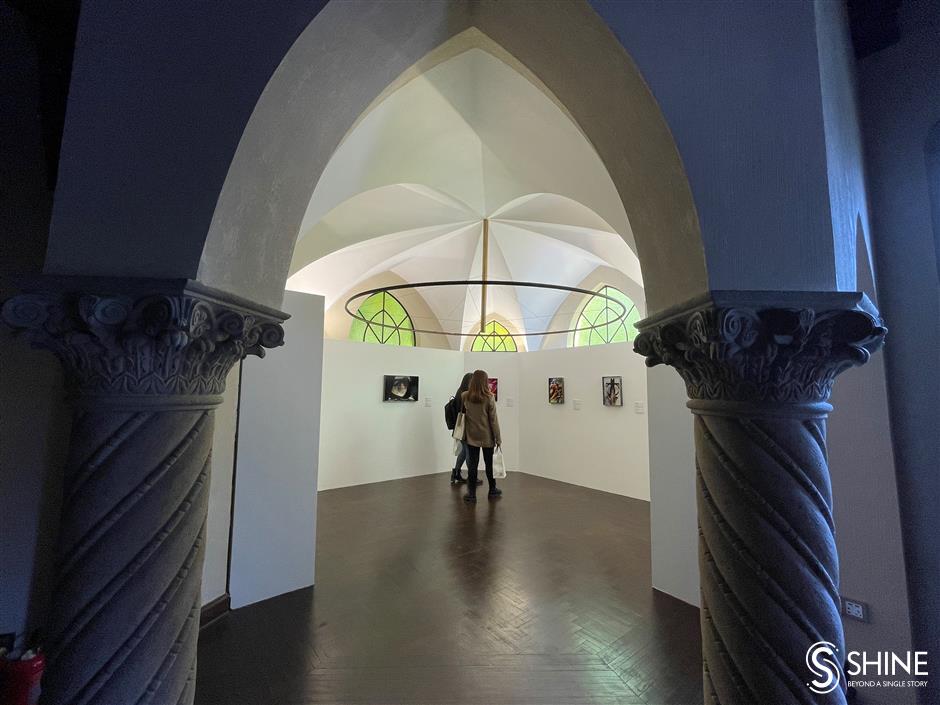 A photo exhibition at the former sitting room inside the villa.