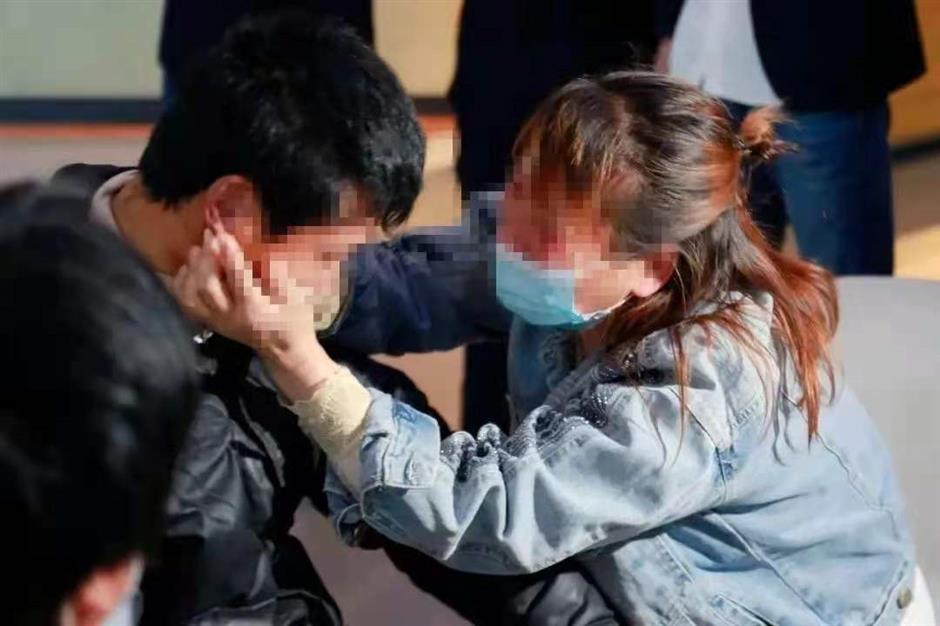 A man surnamed Zhang, who was surnamed Guo as a boy, is reunited with his family after 22 years. He went missing from a grocery market in Shanghai where his parents worked.

A man surnamed Chen, who sought the help of Shanghai police in 2011 in finding his biological parents, has had his wish granted.

Police said his case was one of the results of a nationwide campaign which began in January to reunite missing children with their families.

Chen was adopted by a family in Fujian Province and was working in Shanghai 10 years ago when he turned to the police.

In March, Shanghai police got a notice from the ministry that a couple living in Guizhou Province was a match for Chen, and they were later confirmed as his birth parents.

The couple said their 4-year-old son had disappeared after a burglary at their home in 1989. The burglar was caught by police, but their son was never found.

After hearing about the missing children campaign, the couple left their blood samples with local police and soon heard the good news.

Chen and his parents were reunited in Shanghai on March 25.

In the other case, a man surnamed Guo who went missing in Shanghai was found in Hangzhou in Zhejiang Province.

In 1999, 10-year-old Guo went missing from a grocery market in Minhang District where his parents were selling vegetables.

After initial searches for Guo failed, his parents turned to the police and media for help, but still couldn’t find him. Meanwhile, Guo’s parents left their blood samples with the police.

Police got a notice from the ministry in February this year that a man surnamed Zhang who lives in Hangzhou was a blood relative of the couple. Zhang turned out to be the missing Guo.

Guo told police that he had wandered off in 1999 and couldn’t find his way home. Afterward, he was discovered and raised by a good-hearted family and grew up in Anhui Province.

Guo and his parents were reunited in February. 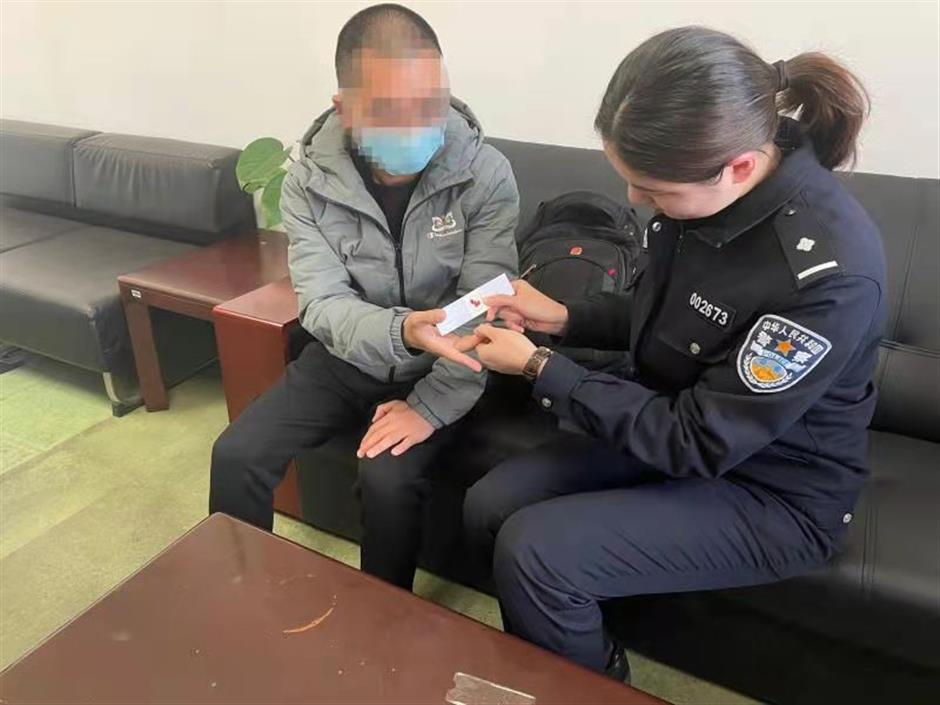 Very few human trafficking cases have happened in Shanghai in the past few decades, but children going missing is not rare in this city with a population of over 24 million.

While more volunteers and non-government organizations have got involved in finding missing people, police are the major help in such cases.

In Shanghai, a system for looking for missing children was launched in 2011. Cases where children under 14 go missing are given priority, and information about the missing children can be published in a national children lost and found platform. Information is sent to people within a certain range of where the children went missing via mobile media.

Shanghai police said they had found more than 50 missing children for their families since last year through the system.

For teenagers found in the streets with unknown identities, police cooperate with their social partners to look for their families, and over 180 such people have been reunited with their families this way, police said.

In the Pudong New Area, two 5-year-old boys in Tangzhen Town were reported missing from home by their parents on April 3 and soon found by police at a bus station 500 meters from their residential complex.

Police official Wang Guang, said the police will further streamline services for families reporting missing children in all Shanghai districts. If people who report such a case are willing to leave their biological information, they will be immediately directed to the missing children task force of the district police. The information they leave will join the national database.

“Any person in Shanghai, even if he or she doesn’t live here, can report a case at any police station,” he said.