Check in at a hotel, check out fraudsters 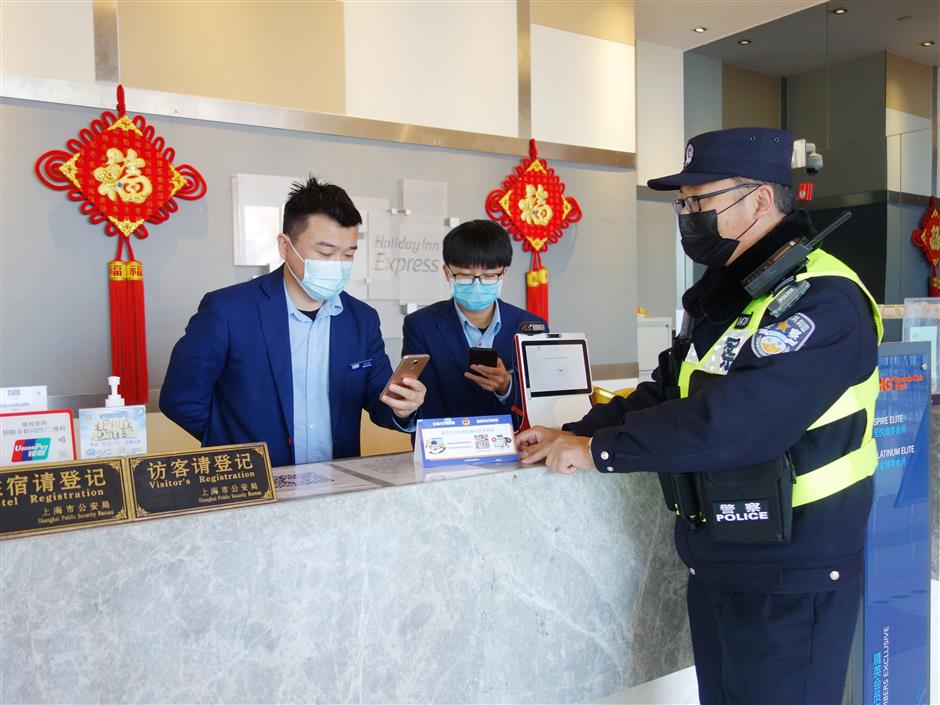 A police officer explains the test to two hotel workers in Jiading District.

People who check in at a hotel in Jiading District are being advised to take an online test to test their knowledge of fraud.

It is the latest effort by police to prevent residents falling victim to rampant telecom and Internet fraud.

In previous cases, victims were often told by fraudsters to check in at a hotel to transfer money. In this way, victims would be less likely to consult with family members, and it would take longer for police to reach them and prevent their loss.

Also, victims of nude chat fraud also tend to do the chat in a hotel room away from other people, police said.

Hotel customers are also being targeted because police found that people new to the city and less exposed to anti-fraud messages were easy victims.

The test has 13 multiple-choice questions which cover the most common kinds of fraud.

One question states: "A person calling you claims to be working for the police and that you're about to be arrested for involvement in a criminal case. He then asks you to transfer money to a bank account in order to clear yourself of suspicion. What would you do?"

Detailed explanations follow each answered question, and people who complete the test can leave their contact information to take part in a lucky draw.

This test is also being introduced to people newly employed in a company and those who rent homes from agencies.

The district’s intense anti-fraud campaign has yielded positive results, as the number of fraud victims in the district is down 27.4 percent so far this year from the same period last year, police said.