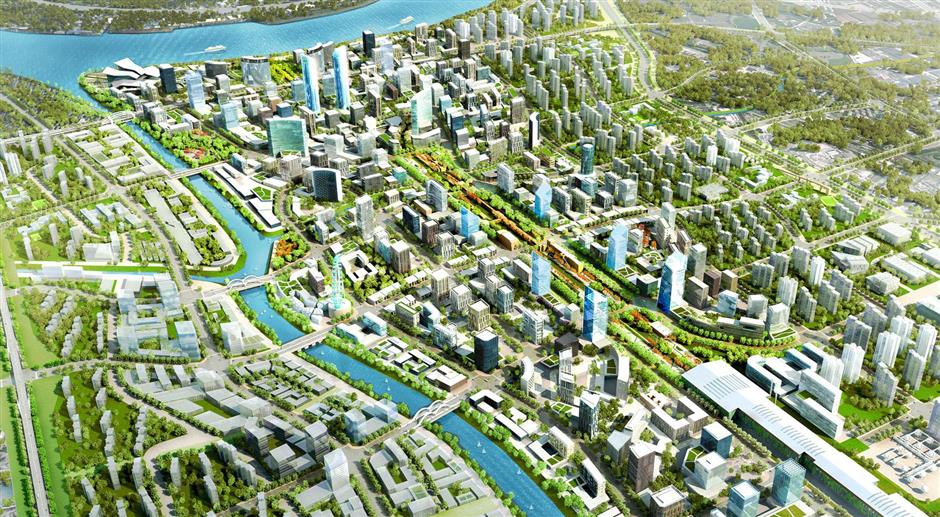 An artist's depiction of the future Wusong Smart City.

Architects and designers from around the world are being invited to create a blueprint for the Wusong Smart City to be developed from Shanghai’s former iron and steel industry base in the north.

The Baoshan District government launched the search on Thursday to absorb the world’s leading planning concepts and make the site a demonstration of industrial transformation and urban renewal.

“It is the region to showcase Shanghai’s modern iron steel industry and the core site for Baoshan to cap the city’s ambition to become a scientific innovation center with global influence,” Wang said.

The Wusong area, known as the cradle of China’s modern industry, was home to the renowned Baosteel Group and more than 300 other metal refineries and chemical engineering plants dating back to the 1930s.

Most of the factories have shut or relocated due to pollution problems. Now the 26-square-kilometer site is to become Wusong Smart City, a subcenter with new materials and hardware industries, scientific and cultural innovation parks, commerce and business facilities, residential communities and waterfront attractions.

The Central Steel Park is planned between Hulan Road and Steel Avenue. The park beside Wenzaobang River, the city’s third major waterway, and Huangpu River is expected to become a major ecological attraction in the core area of the smart city.

As a highlight of the region’s overall transformation, the new campus of the arts academy will be developed on the former site of the Baosteel structural steel factory. The 860-meter-tall plant building will feature a large number of preserved industrial heritages.

The former factory house will become education, cultural and commercial venues. The site will become an open art landmark integrating education, international exchange and public services, according to the academy. 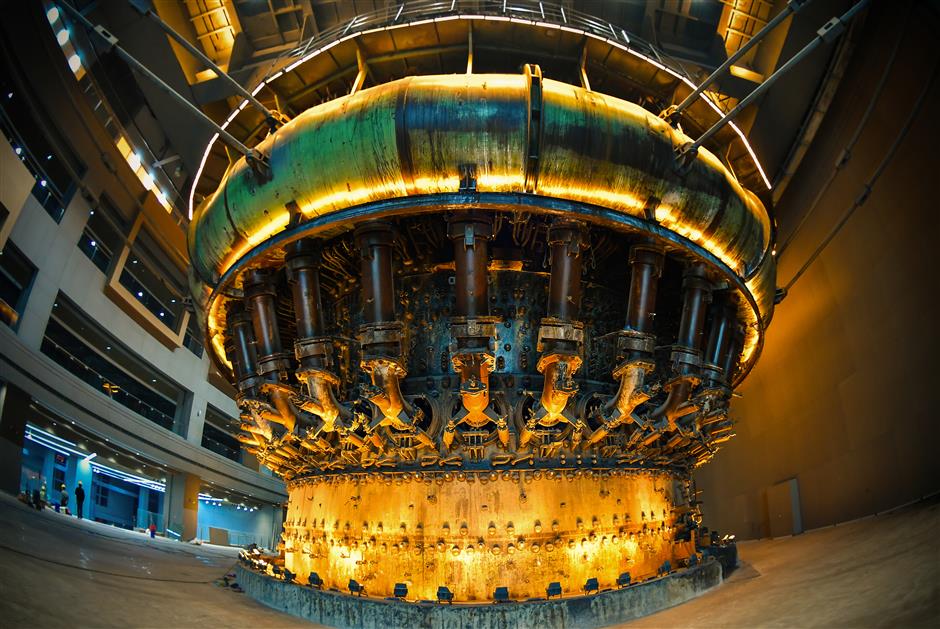 A preserved boiler at an exhibition center in the smart city.

“The powerful marks of the industrial heritage will be well blended with the soft spirit of arts education,” said Zeng Chenggang, the president of the academy.

The smart city was once home to the city's earliest iron-steel plants — the No. 1 and No. 5 Shanghai Steel Factory — and later became the core production base of Baosteel. Chairman Mao Zedong and former leaders Deng Xiaoping and Jiang Zemin visited the site.

The redevelopment project aims to become a demonstration for the transformation of old industrial bases across the country, as well as a gathering place for innovation, entrepreneurship and tourism.

The future Wusong Smart City will have a park at its core along with a business center in the Yanghang area and a cultural center on the waterfront of the Yangtze River.

The riverside regions of the Huangpu and Wenzaobang rivers will be developed for sightseeing and recreation, according to the general blueprint. 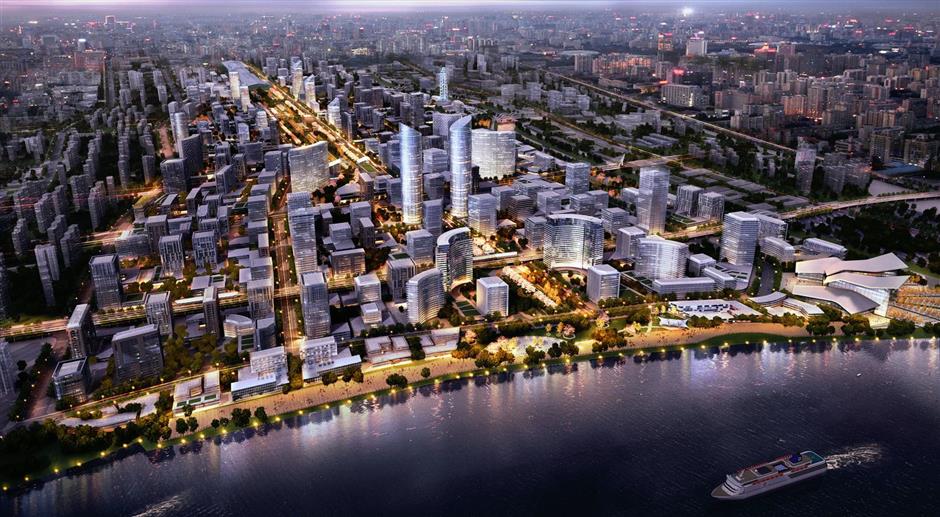 An artist's view of how Wusong Smart City could look.