New car plate restrictions come into force from May 6 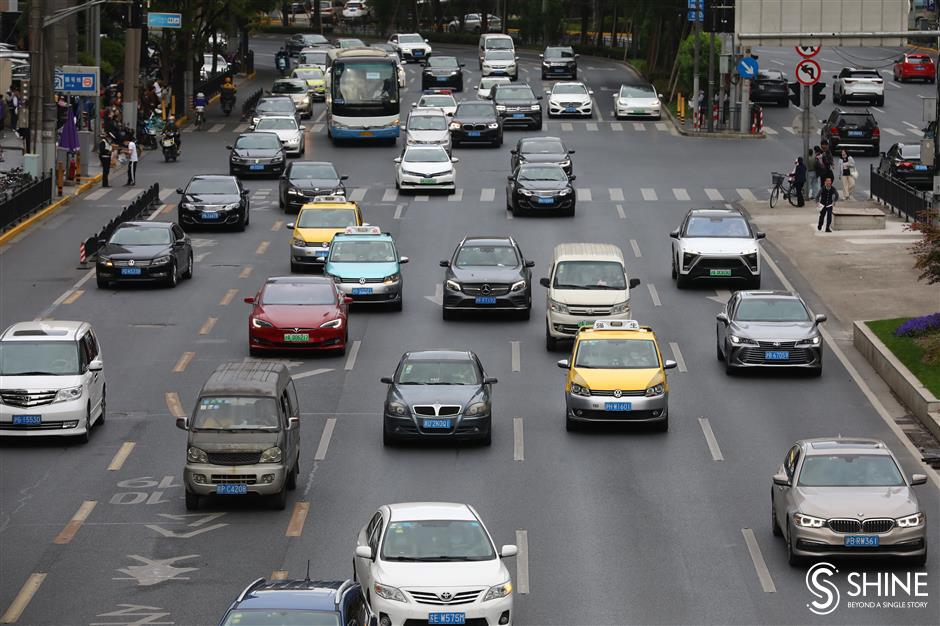 Small passenger cars with non-Shanghai plates won’t be able to enter the area within the Inner Ring Road during peak hours in workdays from May 6, Shanghai police announced on Sunday.

This is a confirmation of the ban that was first announced in November last year.

The cars, which have two to nine seats, will be banned in the area from 7am to 9am and from 5pm to 7pm on workdays. There is no ban on such cars on weekends and during public holidays.

The new plate restriction is expected to relieve congestion in the city center.

Violators of the new ban will be fined 200 yuan (US$30) with three points deducted from their driver’s licenses.

Police said they will use cameras in the streets to crack down on the offense. Police officers who encounter such offenses will persuade the motorists to observe the rule, but they will not hand out tickets.

Police also vowed to move away motorists who line up at entrances to the area before the hours of the ban and to punish illegal parkers.

People caught violating the rule under special circumstances, such as seeking medical help for emergency cases, can provide proof to the police to settle the punishment, police said.

The ban has relieved congestion on the city’s elevated roads during non-peak hours to a certain extent, but the congestion on the ground has had no relief, according to an analysis by the Shanghai Urban and Rural Construction and Transportation Development Research Institute.

In March this year, congestion on the ground in the central districts of the city had returned to the level in the pre-pandemic period, the institute said.

The city’s road traffic capacity increased 15 percent in the past five years, mostly in the area outside the central districts, but the number of small passenger cars registered in the city in the meantime increased 60 percent.

For years Shanghai has been prioritizing the development of public transportation system in its overall traffic planning.

In the area within the Inner Ring Road, at least one bus station can be found within 300 meters from any spot, according to the government.

The city's Metro system transports over 10 million people a day.

Metro Line 14 and the remaining section of Phase 1 of Metro Line 18, which are scheduled to open by the end of this year, are expected to take up a part of the passenger flow from Line 2 and 3.