Moments in Jing'an District in April 2021

Light up for ‘children of the stars'

The district’s iconic Ferris Wheel atop the Joy City shopping mall has turned blue for autistic children, called by Chinese “children of the stars.”

The 56-meter-in-diameter, 98-meter-high Sky Ring Ferris Wheel was illuminated in blue from March 31 to April 2, the day marking the World Autism Awareness Day.

Besides, an exhibition promoting facts of autism and displaying the children’s art works, such as paintings on paper cups, were held in a glass house which was decorated as if it was under starry night in the shopping mall. 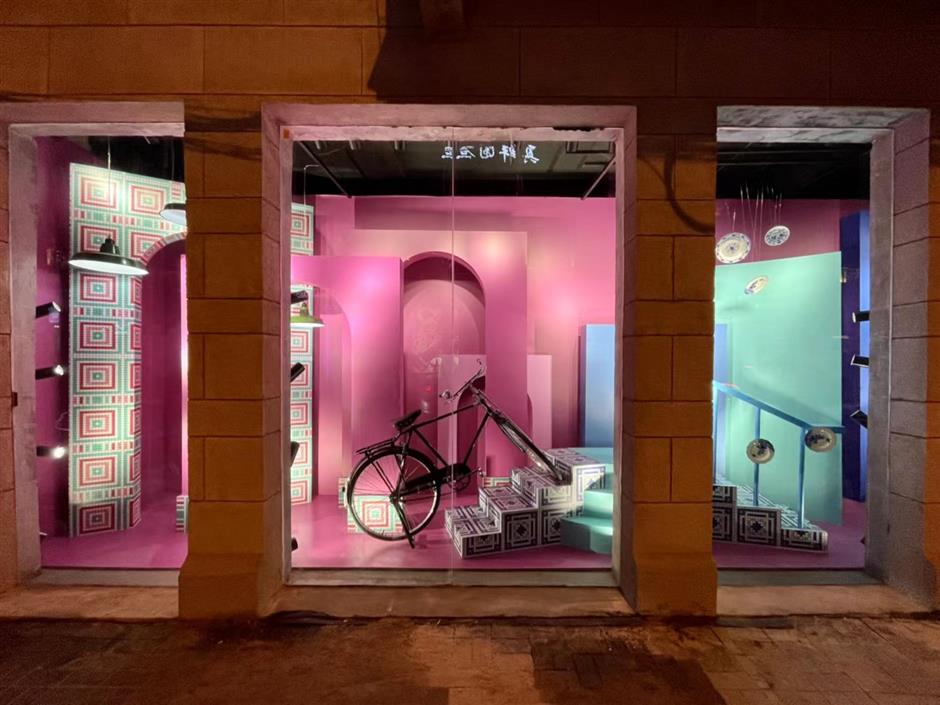 A new vision of century-old Zhangyuan has peeped out from behind roadside art installations although it remains closed to the public during a large-scale renovation.

Zhangyuan, a 46,000-square-meter residential compound, is dotted with historical buildings in a variety of styles, from shikumen stone-gate houses to garden villas. In an overhaul starting in 2019, almost 170 historic buildings are being retained and repaired based on original drawings.

Recently, scaffolds on Maoming Road N., on the west of Zhangyuan, were removed.

According to Jing’an Real Estate Group, which is in charge of the project, urban renewal is not just a matter of construction. It also brings out the human spirit in the concrete jungle. 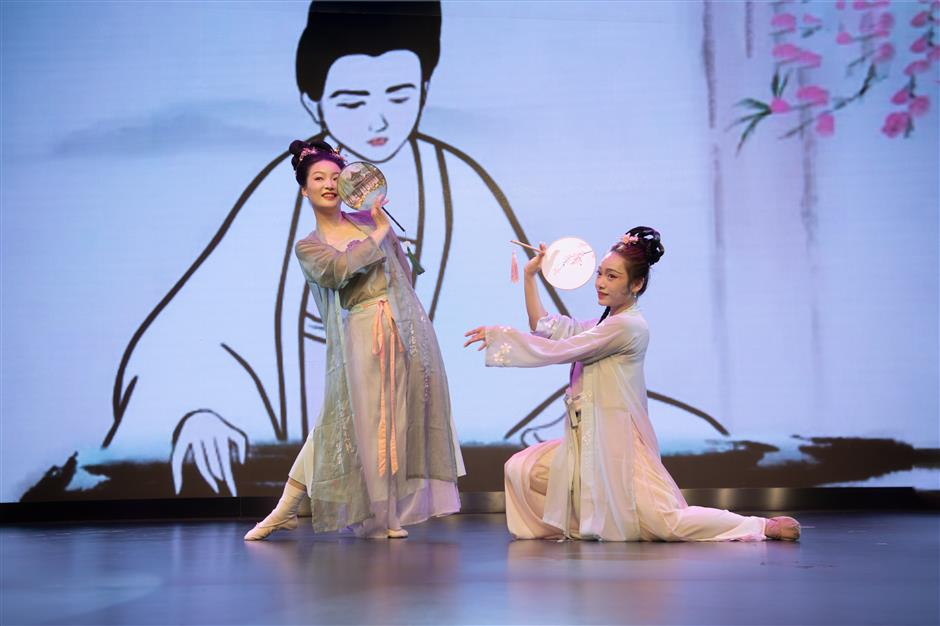 Dancers wearing traditional Han clothing presented a performance on April 10 in Beizhan Subdistrict to pay tribute to the 100th anniversary of the founding of the Communist Party of China. The performers — local residents and workers — staged 13 dances based on ancient Chinese paintings and stories, showing the beauty and charm of Chinese traditional art. 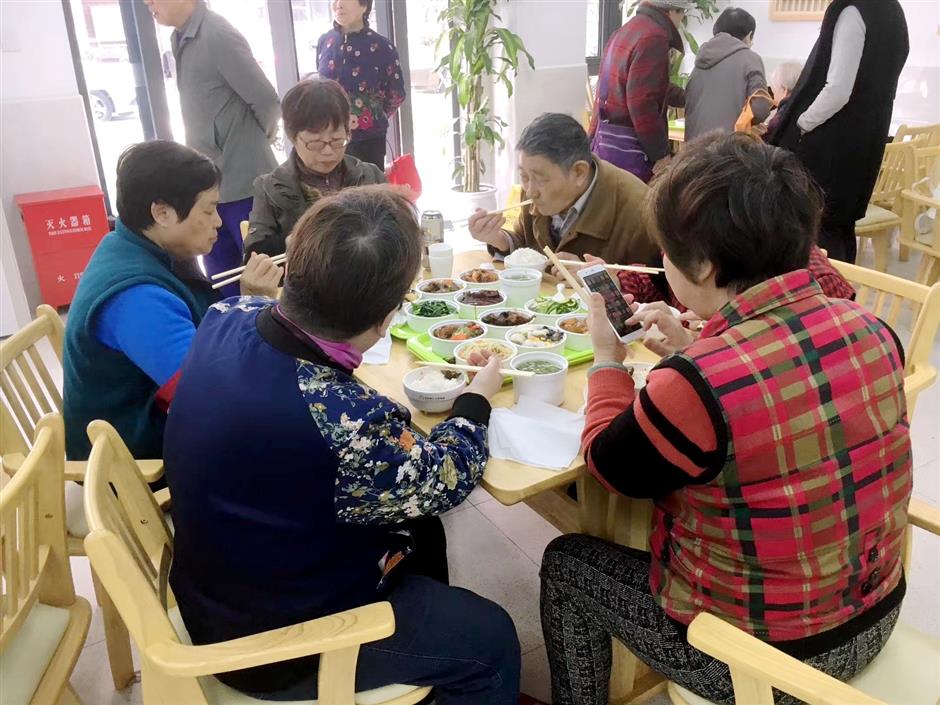 Pengpu Xincun Subdistrict has made a set of standards for community canteens, becoming the first in the city. A typical old community, its aging population accounts more than 42 percent of the total. Now, it has five community canteens, providing three meals to local elderly people. To better serve them and respond to emergencies in case, the subdistrict has made many specifications, such as healthful diets and staff’s first-aid training. 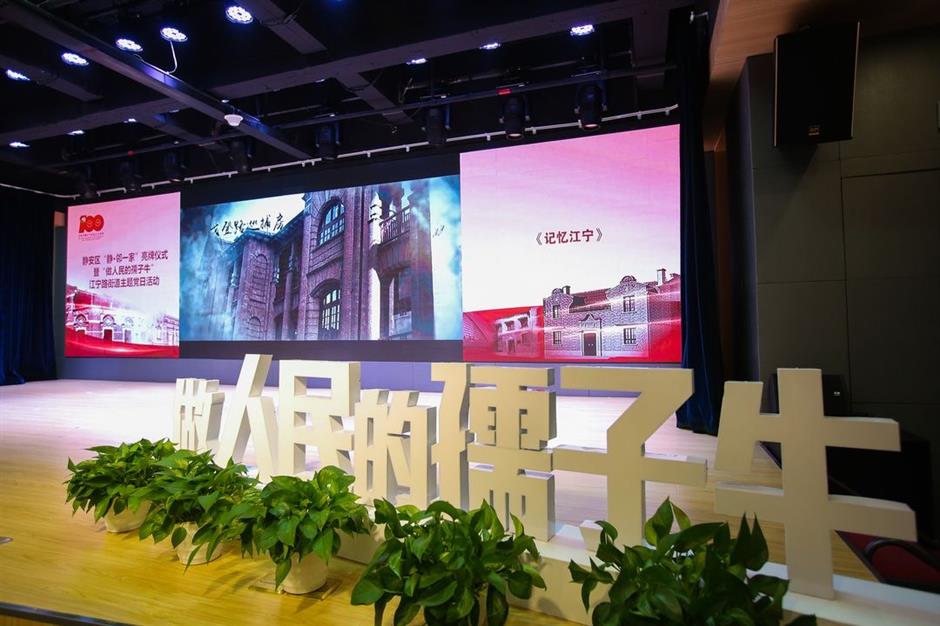 Center to serve the public

Jiangning Road Subdistrict has opened a new community service center for grassroots organizations of the Communist Party of China to better serve the public, as well as to further promote the study of the Party’s history and spirit.

It is the first of its kind being set up in a subdistrict in Jing’an. Other subdistricts will have their own later this year. Jiangning Road Subdistrict has launched a campaign on Party history learning and education.

It invites renowned television anchor to give class about Party’s footprint in the subdistrict. 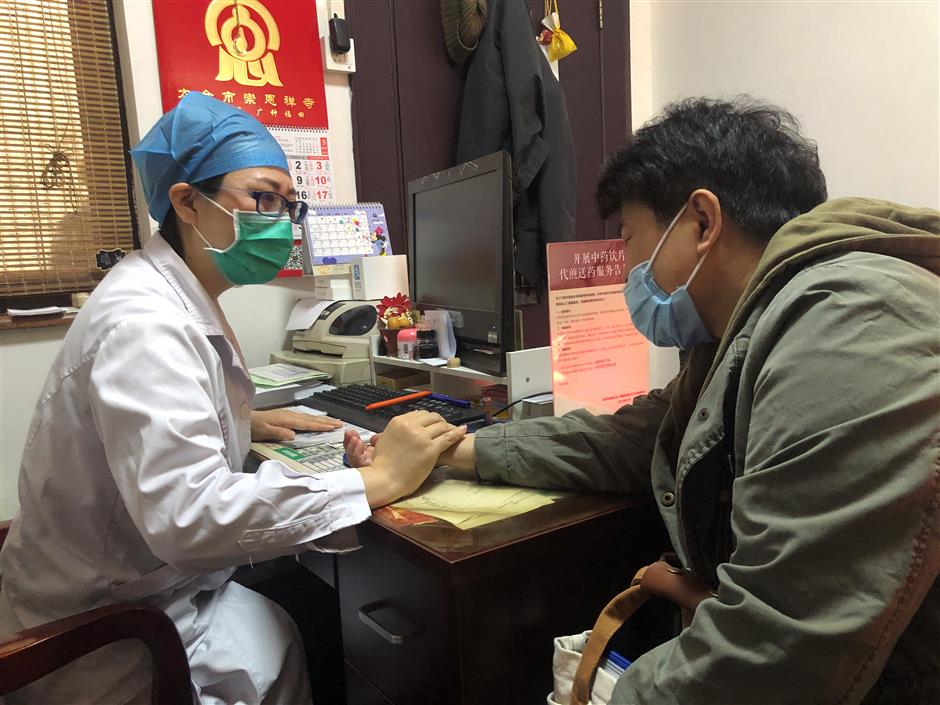 The community clinic of Zhijiang Road W. Subdistrict has become popular among local residents with bone problems as it offers an alternative to surgery.

Through traditional Chinese medical treatment such as massages and acupuncture, local doctors are good at treating osteoarthritis.

A local resident surnamed Yan, 74, had been bedridden due to a knee joint lesion. She had visited so many doctors and the only advice was to receive surgery. So, she turned to the community clinic.

“Surprisingly, I could stand up the second day after I received acupuncture. I have received treatment for over 20 days. Now I can go downstairs by myself,” she said. 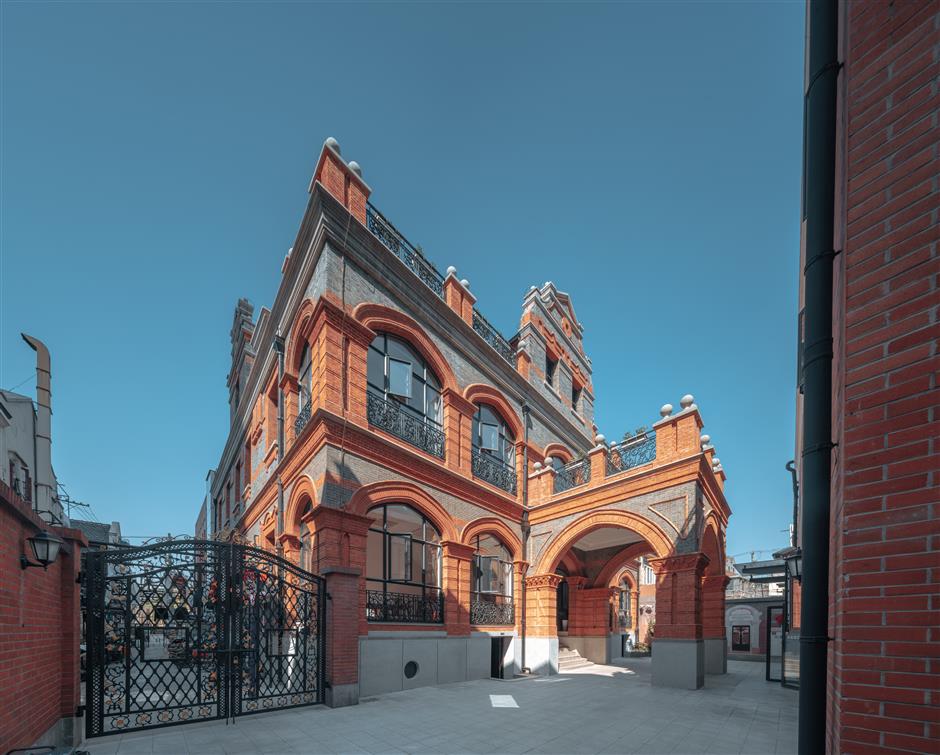 The former residence of celebrated author Eileen Chang (1920-1995) has reopened after the latest round of renovations.

The historic villa at 85 Kangding Road E. witnessed Chang’s birth and youth. The family moved to Tianjin when she was 2 years old. Seven years later, they moved back, and she lived there until 18.

The four-floored garden villa, including the basement, takes an area of more than 1,000 square meters. It is a typical veranda-style colonial building. It was given protected status by the city government in 2015.

Local Shimen No. 2 Road Subdistrict bought the house from its owner in 2008 and renovated it into a community cultural center. Over the years, it has been renovated several times. The latest began in December 2019.

The site reopened to the public on March 28 with more aspects of the house restored to original look. An Eileen Chang study was built on the first floor, based on her articles.