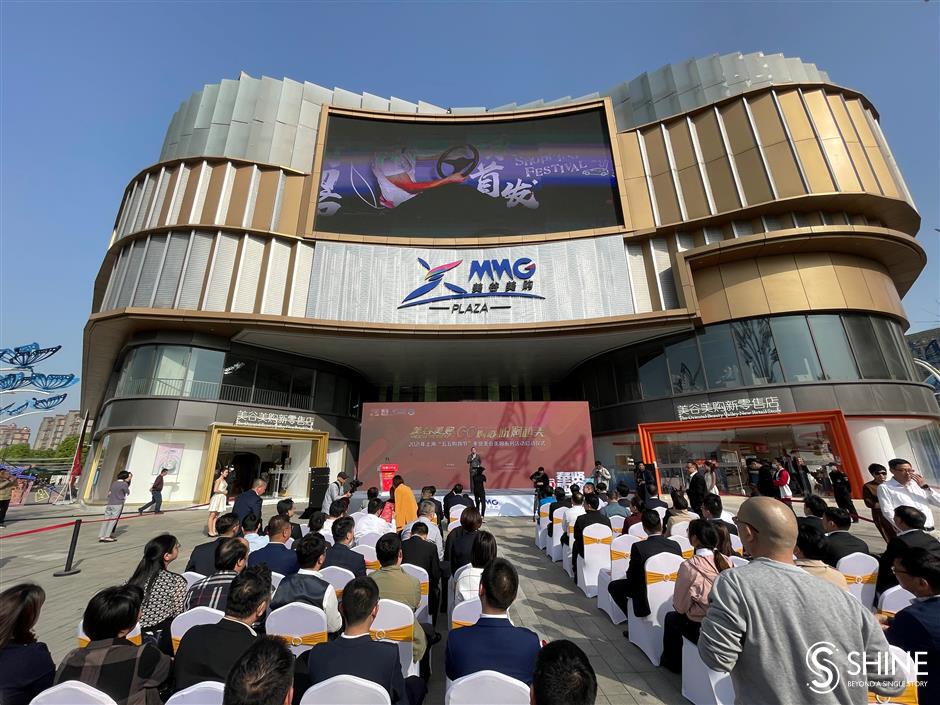 The second Double Five Shopping Festival in the southern outskirts kicked off at Oriental Beauty Valley, a leading zone for the cosmetics and health sectors. The annual event will run through the end of June with over 50 promotional activities online and offline.

Fengxian aims to become a consumption city in south Shanghai and the Yangtze River Delta Region with the shopping festival. Thousands of cosmetics brands will offer discounts and promotions at the valley to attract shoppers.

It has launched a cosmetics chain store brand “Meigu Meigou,” literally meaning “happy shopping at the beauty valley,” to promote products at home and abroad.

The flagship store was unveiled on the Nanjing Road Pedestrian Mall on Thursday. A branch has opened in Changshu in neighboring Zhejiang Province to spread the atmosphere of the festival to the Yangtze River Delta region. 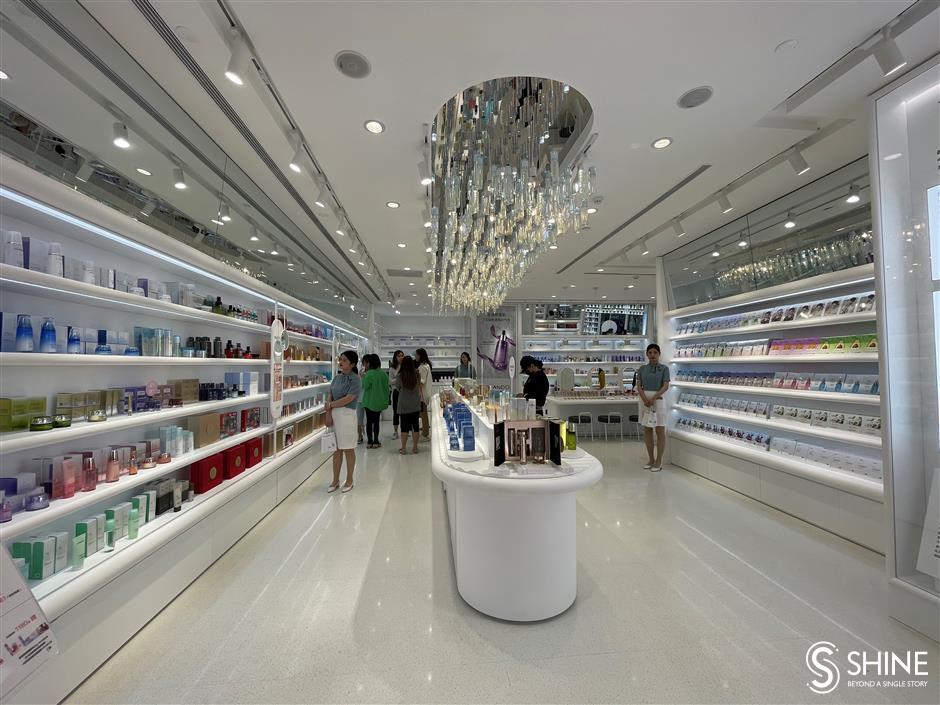 A flagship Jala store opened in the plaza during the festival's opening ceremony.

The district will also further promote construction of Fengxian New City during the festival. It is developing a 67-square-kilometer area earmarked as one of the five "new cities" of vital importance to Shanghai's future growth.

A flower festival will be launched at Jinhai Lake — also known as Shanghai Fish Lake — during the shopping carnival. One of the city’s largest artificial lakes, it covers an area roughly the size of 800 football pitches. The flower festival is expected to attract shoppers and tourists to the Nine Trees Future Art Center, a theater near Hangzhou Bay, the newly unveiled Fengxian Museum and nearby hotels.

The Oriental Beauty Valley is now China’s largest cosmetics and health industrial hub with more than 3,000 domestic and international brands.

More than 400 cosmetics companies, accounting for a fourth of the city’s total, are based in the valley, which aims to be on par with France’s Cosmetic Valley in Eure-et-Loir and Loiret, and Japan’s Saito Life Science Park in Osaka.

Some 135 leading cosmetics brands such as Jala, Pechoin, Chicmax and Marie Dalgar have opened manufacturing centers or marketing headquarters in the valley since it was launched six years ago. 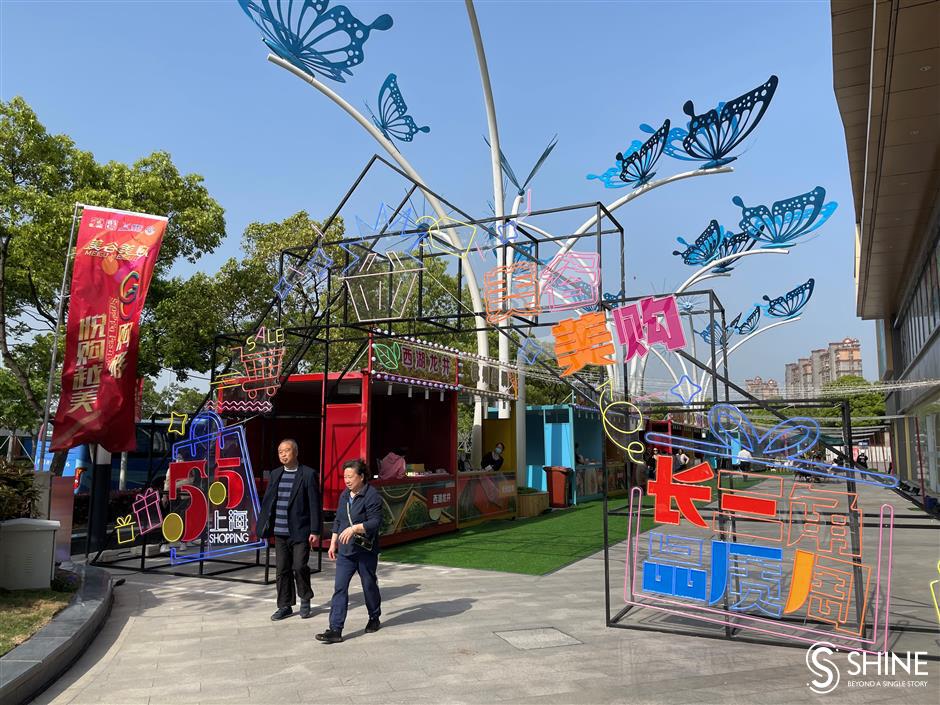 An outdoor bazaar during the shopping festival in Fengxian.