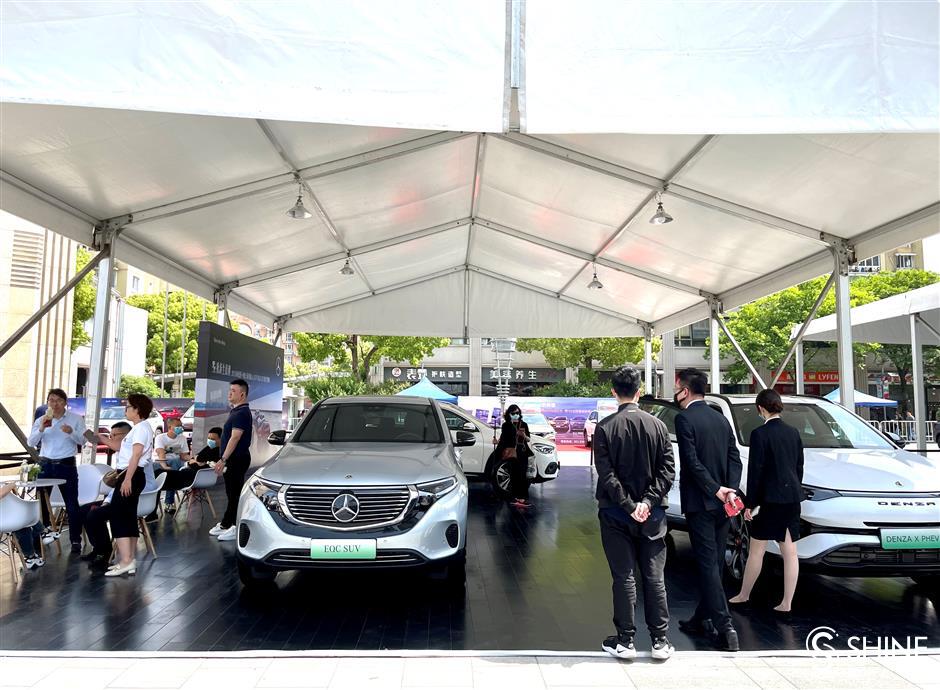 Customers check the new models on offer at the Putuo session of Shanghai Auto Shopping Festival.

The Putuo session of the annual Shanghai Auto Shopping Festival kicked off on Friday with new car releases and sales promotions.

Models from 20 brands from both home and abroad are on show at the Meichuan Road pedestrian street during the festival, which runs through Wednesday.

Jiang Dongdong, Putuo’s director, said the aim is to boost auto sales as well as promote the commercial image of the district.

During the auto festival, over 10 top auto dealers will launch promotional events at more than 800 4S stores across the city. Livestreaming hosts will visit some of the stores to introduce new models to online viewers. 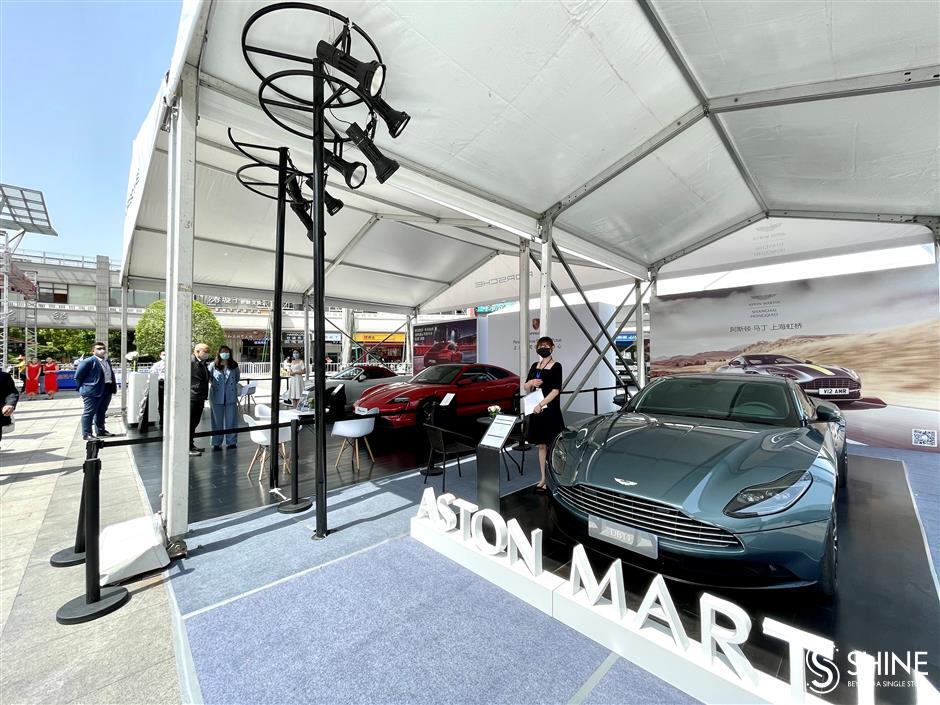 Aston Martin's booth at the festival.

“More new-energy cars, about 30 percent more than last year, are taking part in the auto festival with promotions and discounts,” said Xue Haibo, deputy director of the Putuo Commission of Commerce.

Weltmeister, for example, is offering a 5,000-yuan coupon priced for 1 yuan to buyers of its EX5-Z model during the festival.

BYD is offering interest-free loans to customers along with a six-day gift travel package to southwest Yunnan or Guizhou Province.

The city government has released guidelines to help boost consumer confidence amid the pandemic and the automobile sector is one of the main focuses. 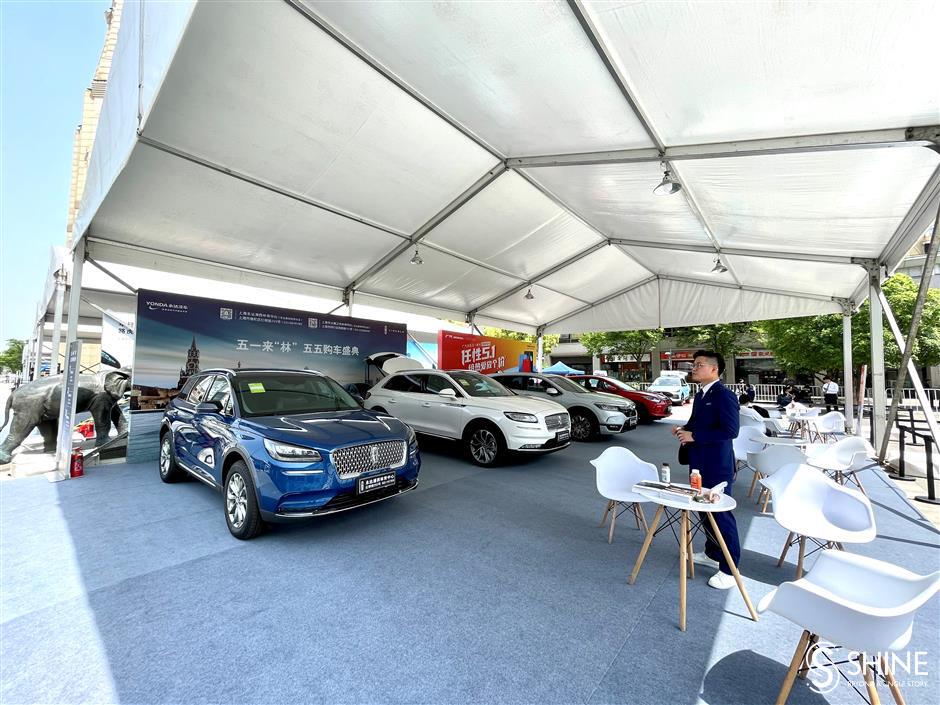 The Lincoln booth at the festival. 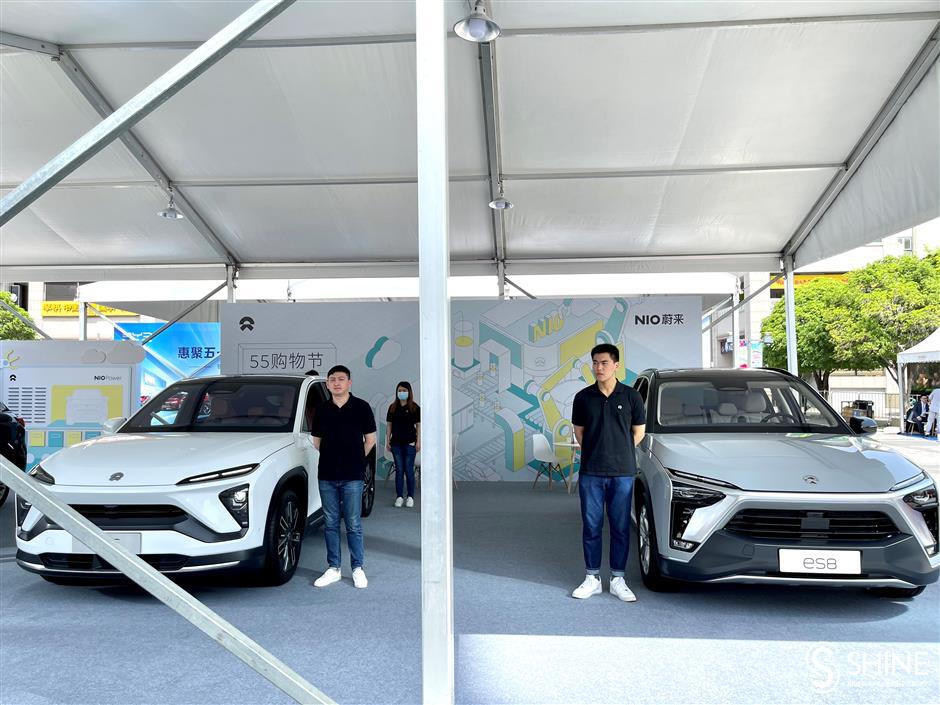 Nio released its latest models at the festival.