Riders on their bikes for online competition 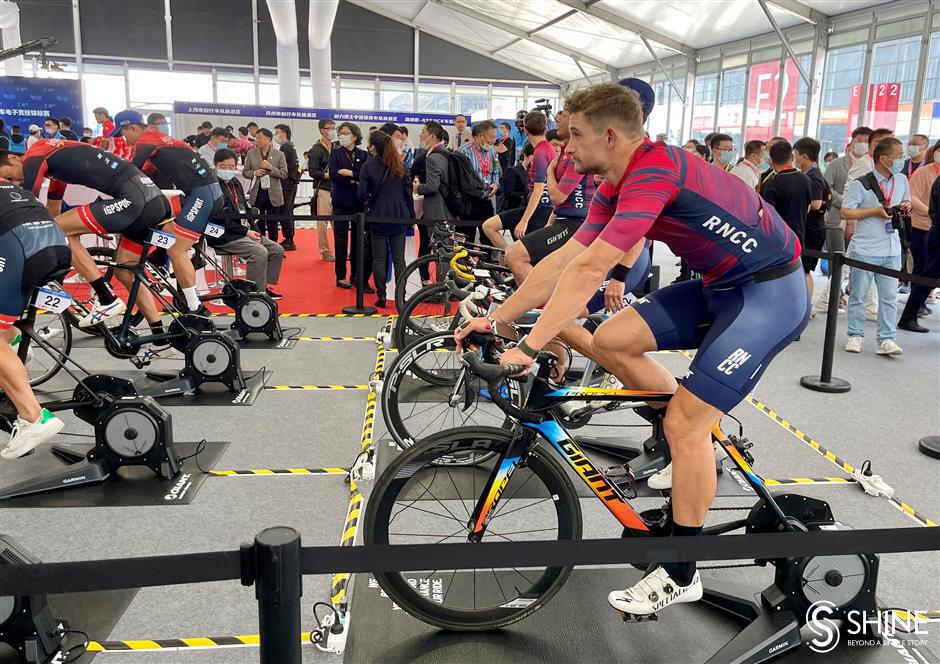 A foreigner gets ready to compete in the online cycling contest.

China’s first electronic cycling competition was launched in Shanghai on Wednesday to promote the online sport that popped up amid the COVID-19 pandemic.

The national championship will run through Saturday during the 30th China Cycle 2021 at the Shanghai New International Expo Center.

Many cyclists began competing online during the lockdown after the coronavirus outbreak. With a static machine and mobile phone app, players can cycle around scenic spots or race with friends at home.

“The event aims to promote online cycling and combine eSports with a public fitness program,” according to the Putuo Culture and Tourism Bureau, one of the event organizers.

Shanghai has an ambition to become the world’s eSports capital, eventually rivaling Los Angeles, which has attracted famous clubs and developers such as Riot Games, Activision Blizzard and Infinity Ward.

Putuo has made eSports one of its key industries, the bureau said, to serve the city’s ambition.

Several other eSports venues have been developed in Putuo, such as the IMBA eSports center at Global Harbor Mall, the biggest downtown shopping mall, and an eSports Internet bar at the Huxi Workers’ Cultural Palace. 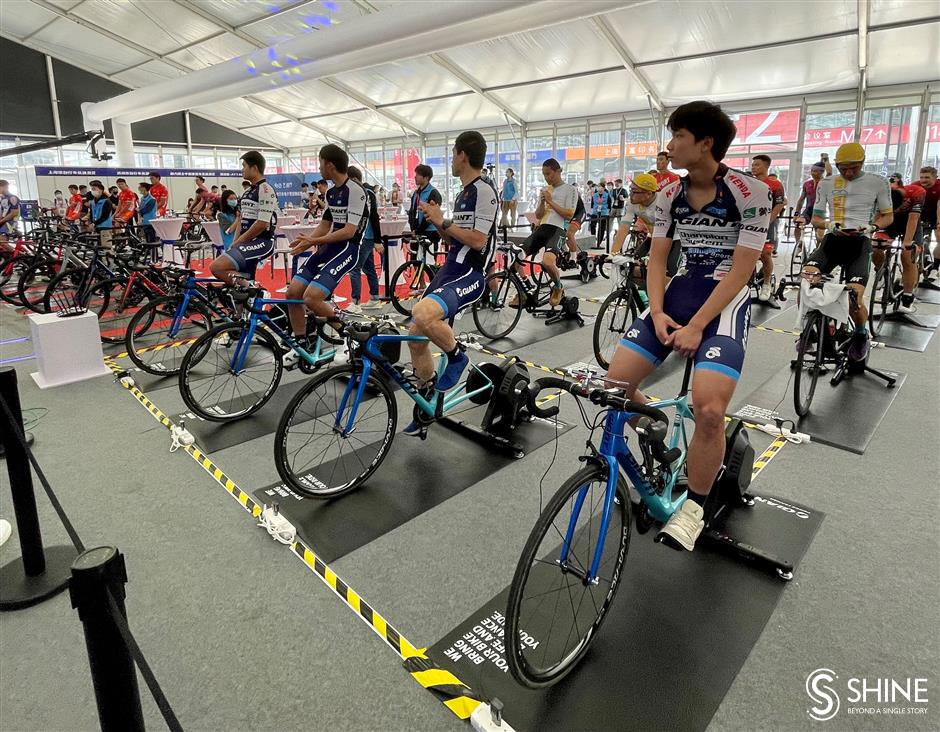 Players from eight eSports teams were competing for the championship. 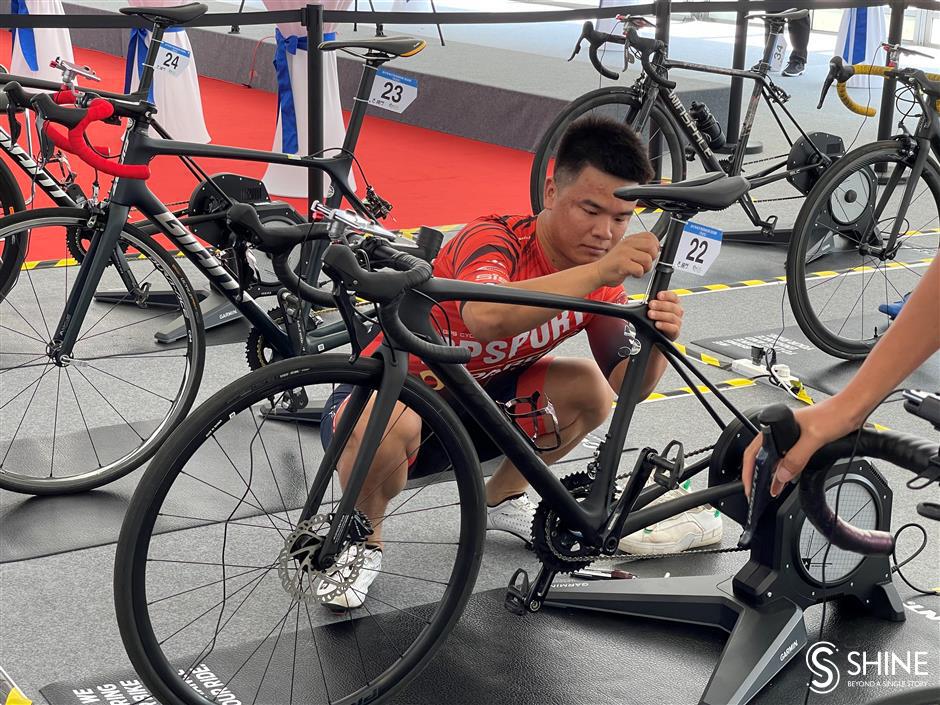 A rider adjusts his machine for the online cycling event.