Couples surprise mothers with gestures of love at marriage ceremony 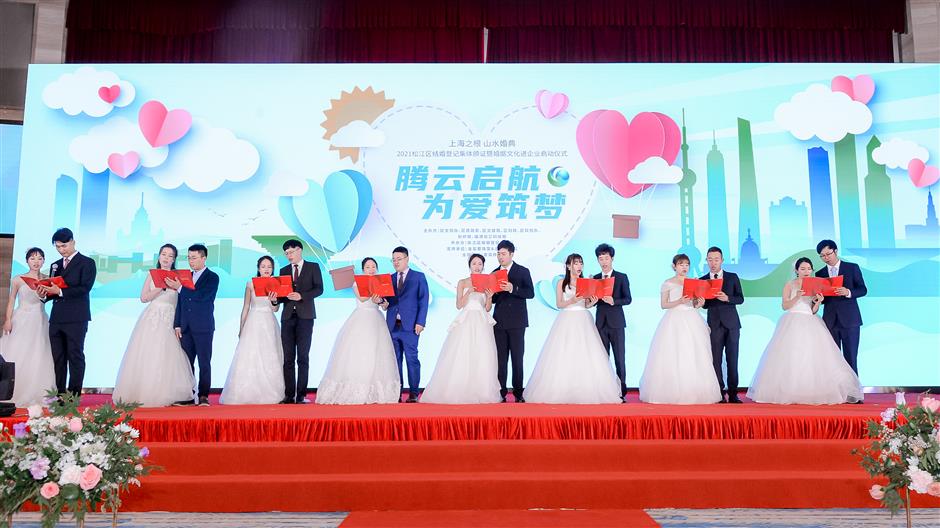 Couples exchange vows during the ceremony. 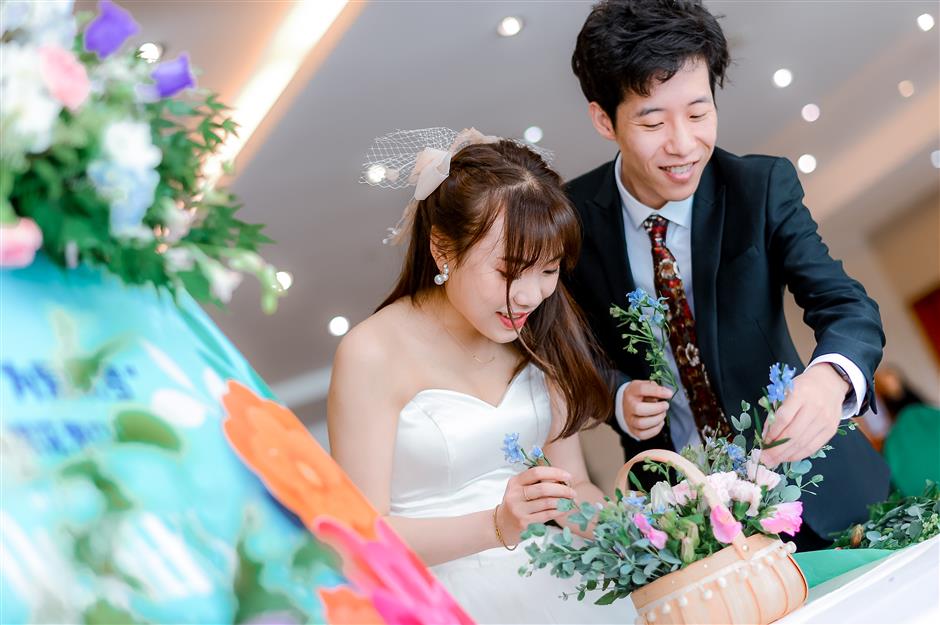 A couple makes flower baskets for their mothers on Sunday.

Eight couples tied the knot in Songjiang District at a special group ceremony on Sunday.

The ceremony at G60 High-tech Corridor, a new landmark of the district, blends scientific innovation and a warm touch as Sunday is Mother's Day.

Lovebirds designed their wedding rings which were made through 3D printing technologies.

Couples also learnt flower arrangement, and made baskets of flowers for their mothers in the early morning. 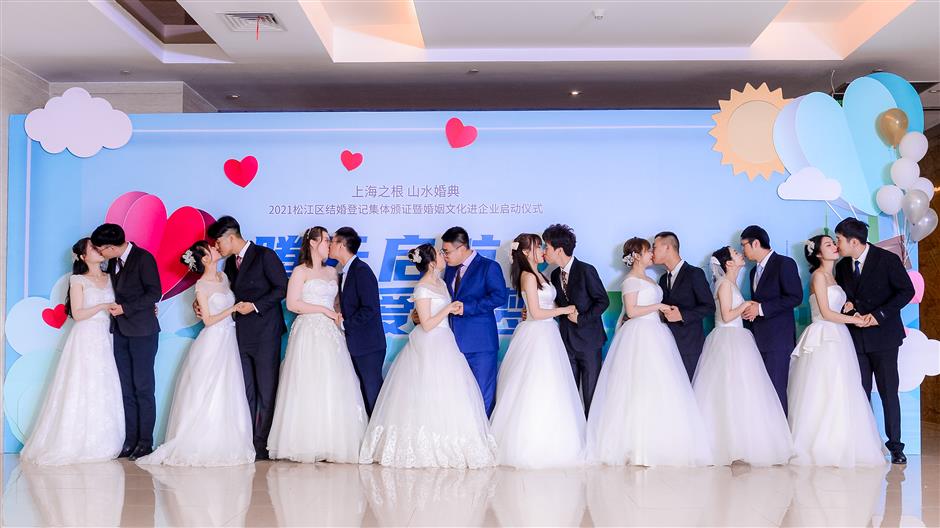 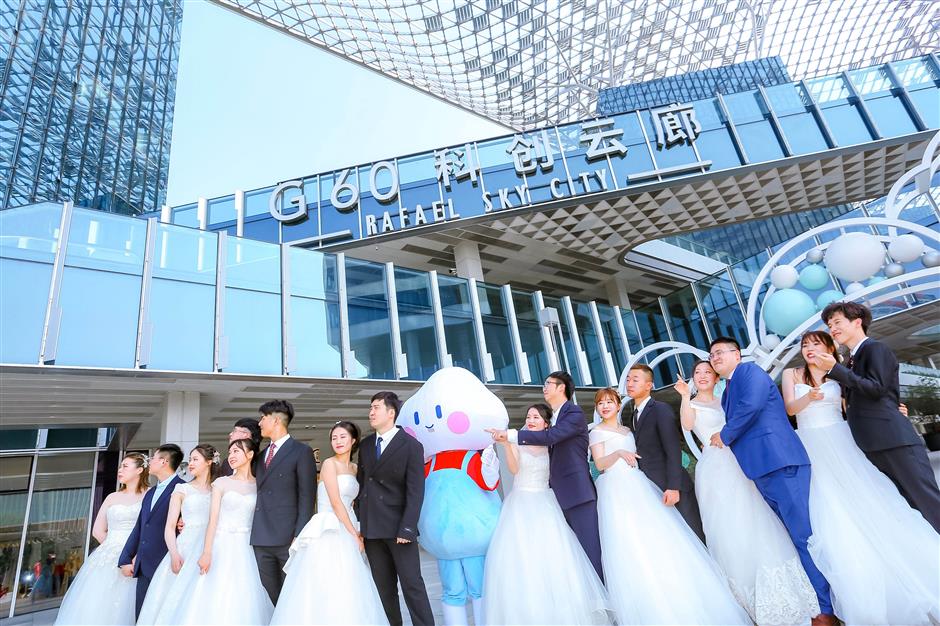 "We made all these secretly to give a big surprise to the two mothers," said a bridegroom surnamed Li.

Several mothers burst into tears when watching the videos.

"I didn't expect it and it was a big delight," said a mother surnamed Zhang.

"My son never spoke about these to me, and memories flashed through my mind when seeing my photos with him and hearing his words full of love.

"I believe he will have a happy life in the newly-established family."

The aim of the ceremony is to change the traditional way of delivering marriage certificates and make couples experience the sanctity and responsibility of marriage, officials with the Songjiang District Civil Affairs Bureau said.

Chai Lili, deputy director of the Shanghai No. 5 Rehabilitation Hospital who stayed in Hubei Province for some time last year to assist in its battle against COVID-19 epidemic, shared her family story and value of marriage during the ceremony.

Every family may encounter various difficulties in different stages and it requires wisdom and contribution to get through all these and support each other, which needs a lifetime study and growth, she said.