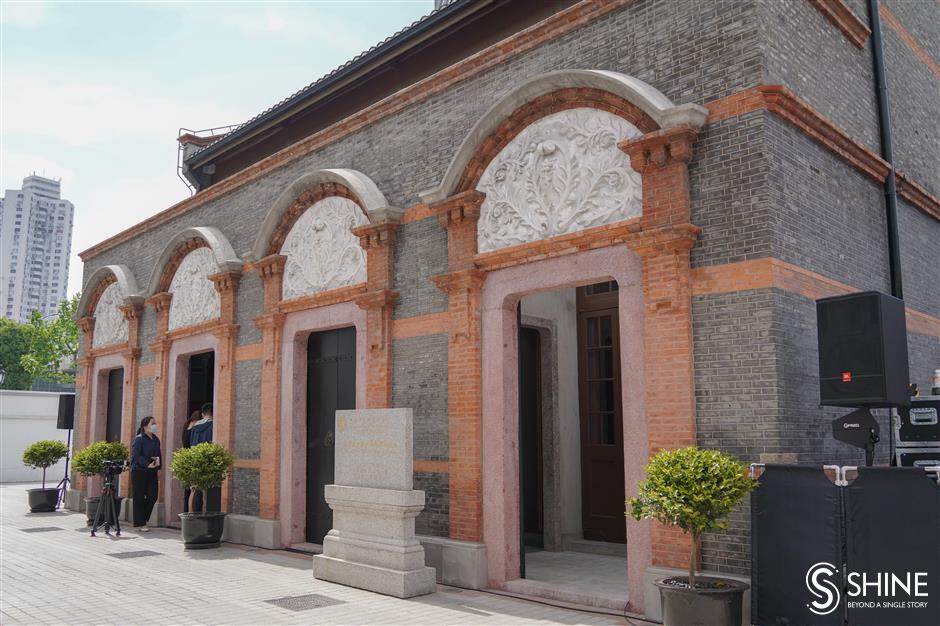 The memorial of the Central Military Commission of the Communist Party of China opened on Monday.

A new memorial honoring martyrs and the armed struggle against reactionaries in the early days of the Communist Party of China opened to the public on Monday in Jing’an District.

The Memorial of the Central Military Commission of the Communist Party of China comprises a row of four century-old shikumen (stone-gate) houses at 613 Xinzha Road. Building No. 12 witnessed a real-life cloak-and-dagger story.

Bai Xin, a secretary at the commission, and his wife lived there in 1928. Early CPC leaders such as Zhou Enlai, Peng Pai and Yang Yin came in disguise as the couple’s mahjong pals to shield secret meetings.

However, Bai bore a grudge against Peng for having shot dead a deserter who was Bai’s relative. So he betrayed Peng and tipped off the Kuomintang government about a secret meeting on August 24, 1929.

Zhou should have been there but he didn’t make it as he had to deal with some more important matters.

When the meeting was in progress, armed Kuomintang police and soldiers broke into the house and arrested Peng, Yang, Yan Changyi, Xing Shizhen and Zhang Jichun. Zhou organized a rescue operation but the attempt failed. Six days later, all but Zhang were killed at Longhua prison.

The scene at Building 12 has been reenacted and Bai’s bedroom restored. Exhibits about the four martyrs are on display in the exhibition hall next door. 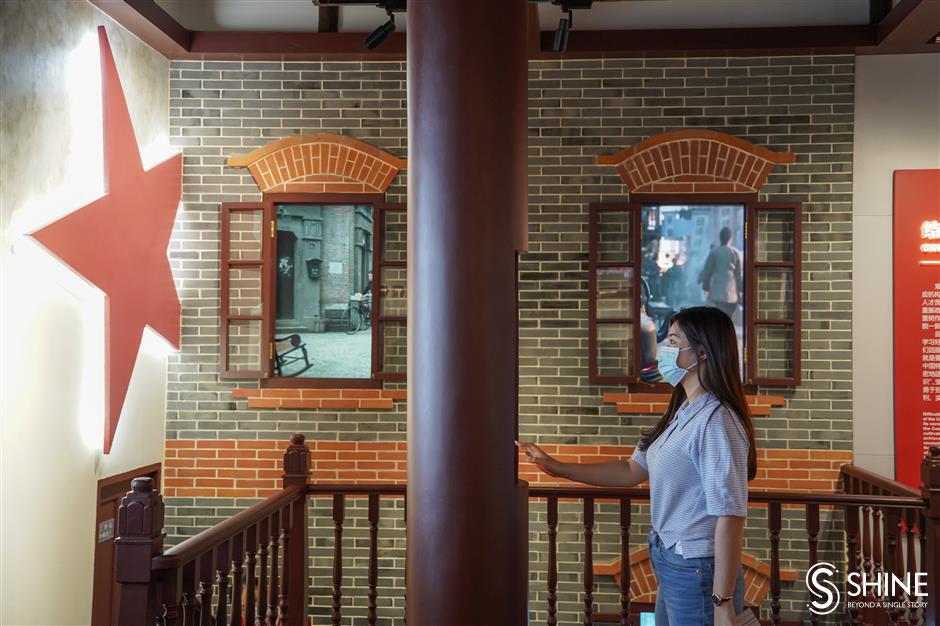 A woman reads a letter written by Yang Yin to his daughter on a digital screen.

Peng and Yang had written a letter to the CPC when they were imprisoned at Longhua, asking it to abandon the pair and rescue the others if it was too hard to save them all. It is displayed on a wall. Their letter to Zhou, which read: “Don’t be sad at our sacrifice. Please take care,” is shown on a digital screen.

The exhibits also include a registration card when Peng was put into prison, and honorary medals awarded to Peng and Yang in 2009 by the country to pay tribute to the 100 heroes and model citizens who made outstanding contributions to the founding of the People's Republic of China.

The site not only tells the stories of what happened there, but also details the commission’s years in Shanghai.

The Central Military Commission was established in October 1925 in Shanghai. In January 1933, it moved its office to the revolutionary base in Jiangxi Province.

Texts, photos, items, audios and videos are displayed in the 192-square-meter exhibition hall, telling the commission’s establishment and the CPC’s military strategy during wartime. Of the exhibits, nearly 50 percent are copies of cultural relics.

They include precious documents such as the first edition of the Chinese version of The Communist Manifesto published in August 1920, and confidential documents such as a conference memo of the August 7 meeting in 1927 recorded by Deng Xiaoping. 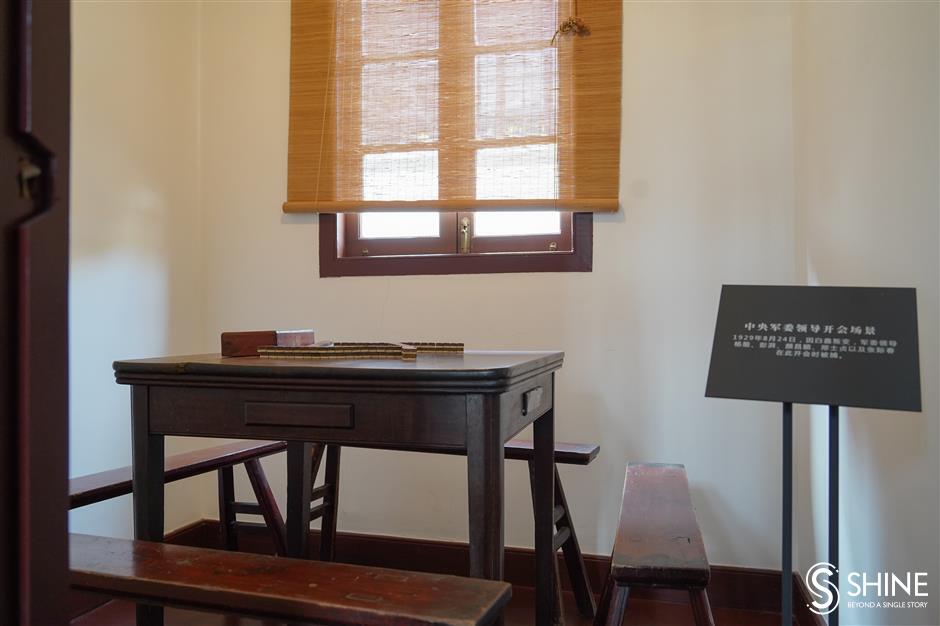 The scene where the secret meetings took place in Building No. 12 has been recreated.