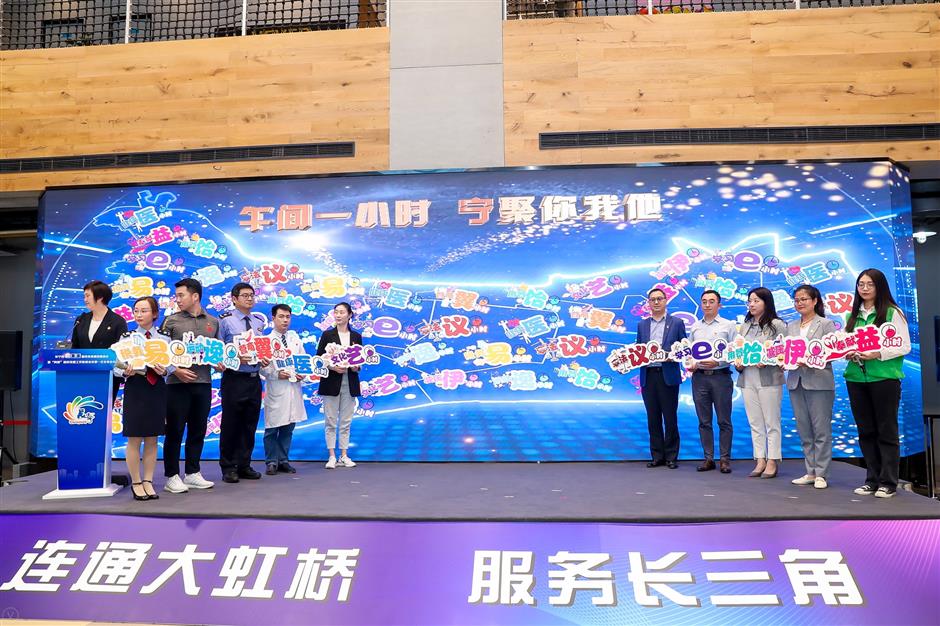 Officials from various government bodies introduce their services in office buildings in Changning.

Downtown office workers will be able to apply for residence permits, medical insurance and even children's school enrollment in their offices with a "doorstep service system" promoted in the Hongqiao area.

Changning District government bodies are moving service windows and staff into the key office buildings and innovation parks to solve all kinds of issues for companies and their staff. It is part of an ongoing campaign to optimize the city's business environment as well as attract investment and professionals with better services.

Office workers can also enjoy breakfast and lunch, as well as receive medical, legal and education services without leaving their office buildings.

The district government launched its "An hour at noon" service on Monday at the Hongqiao International Open-Up Business Service Center. Ten government bodies will offer taxation, legal consultation, policy explanation and health management services during the hour's break for lunch.

Forty-six lunch sites for office workers and 22 breakfast sites have been opened at office buildings or parks across the 10 subdistricts and towns in Changning.

Dining was once a major problem for downtown office workers, especially after many small eateries were shut down during a citywide crackdown on illegal buildings, while the remaining restaurants and delivery services were too expensive. 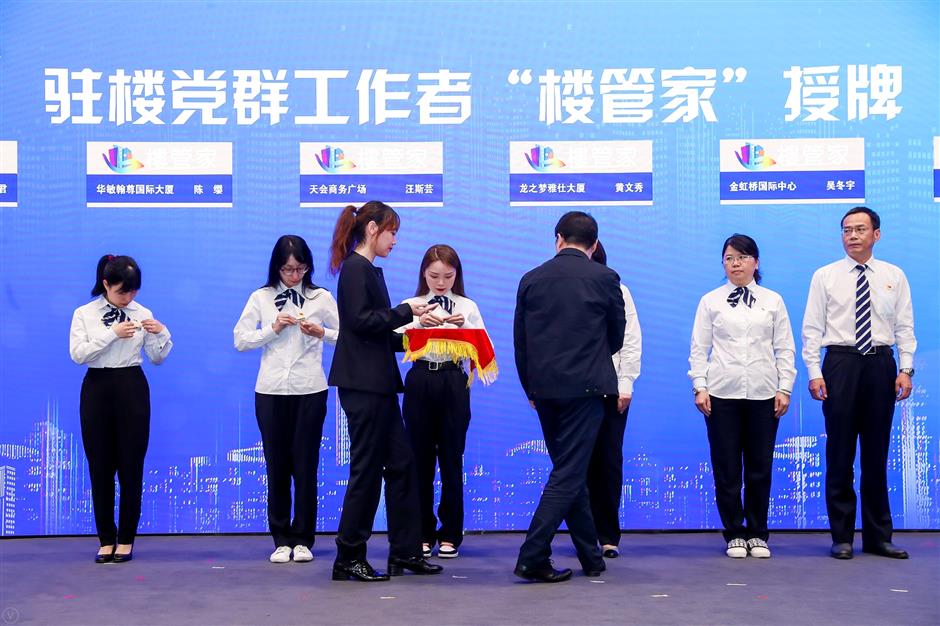 A number of office building stewards are appointed in Changning.

The district's market watchdog launched a service station brand called "glowworm" for the office buildings. Companies can finish registration and license application at the stations, while market watchdog officials will launch inspections at restaurants and stores within the buildings more frequently to ensure food safety.

The district's commerce commission, education bureau, culture and tourism bureau, sports and health commission have also taken part in the construction of the "doorstep service system," according to the district government.

It was once a major headache for companies to go to different government bodies for various administrative approvals. The situation has been largely improved with the launch of the city's one-stop service centers and online-offline service platform.

The Changning initiative aims to move services closer and make them more convenient for companies.

A building management council has been established in Tianshan Subdistrict to better manage the 26 office complexes in the region. Companies and employees can report their requirements to the council for quick solutions. Over 3,000 companies and about 55,000 employees are based in the commercial area.

Zuo Xuejun, a "building steward" in Hongqiao Subdistrict, said over 900 services are available within the building, including applications for residence permits, taxation and medical insurance. 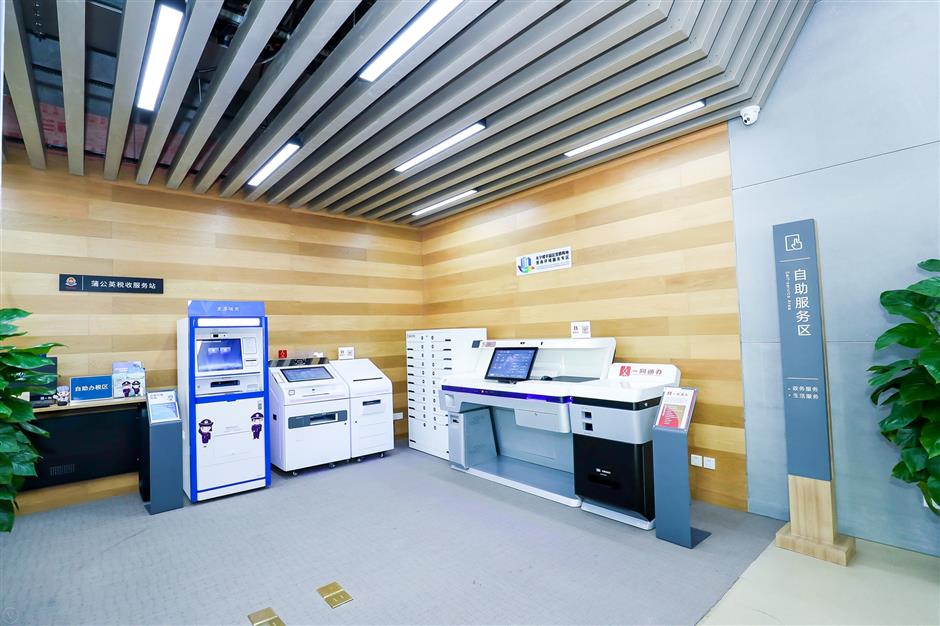