A total of 187 households received the keys of their new houses at Lianyi Village of Huating Town last month after intensive works of relocation, construction and comprehensive facelift for more than three years.

It marks the completion of the first phase of the relocation project of the village. The construction of the second phase project was kicked off on the same day.

"Finally we moved back to the village and into a new house after more than 1,400 days and nights!" villager Gao Jianhong said. "We will treasure the chance and take good care of the facilities and neighbors so that we can make the place a new home to settle down." 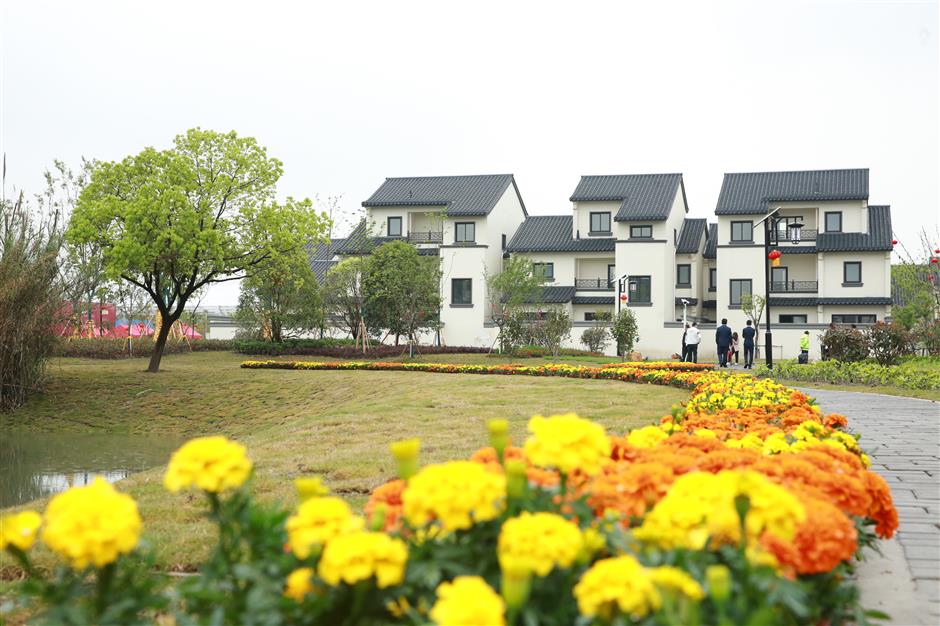 Villagers have moved back to new homes.

Shanghai Land Group will take the project as a pilot to focus on enhancing the vitality of collective economic development and industrial revitalization and jointly explore a new model of rural revitalization through government-enterprise cooperation and market-oriented operation, according to Guan Taoping, chairman of the group.

The new model of rural revitalization is part of the reform of rural homestead system to boost the rural economy and raise the living standard of local farmers.

The relocation and collective living mode of Lianyi Village will be the trial of a new model of social governance.

A list of brand new public service facilities will be set up in the east of the living area of the phase one project, including cultural station, indoor gym, department stores, covering an area of around 4,000 square meters.

The former residences of the village were set up in 1970's and 1980's, and the conditions of the residences turned to be dilapidated and inconvenient for the residents.

The roads, lightings, sewage systems in the village have been updated, and new landscapes have been set up to make the environment more livable.