Cute pups, calves, and infants come out to play at zoo 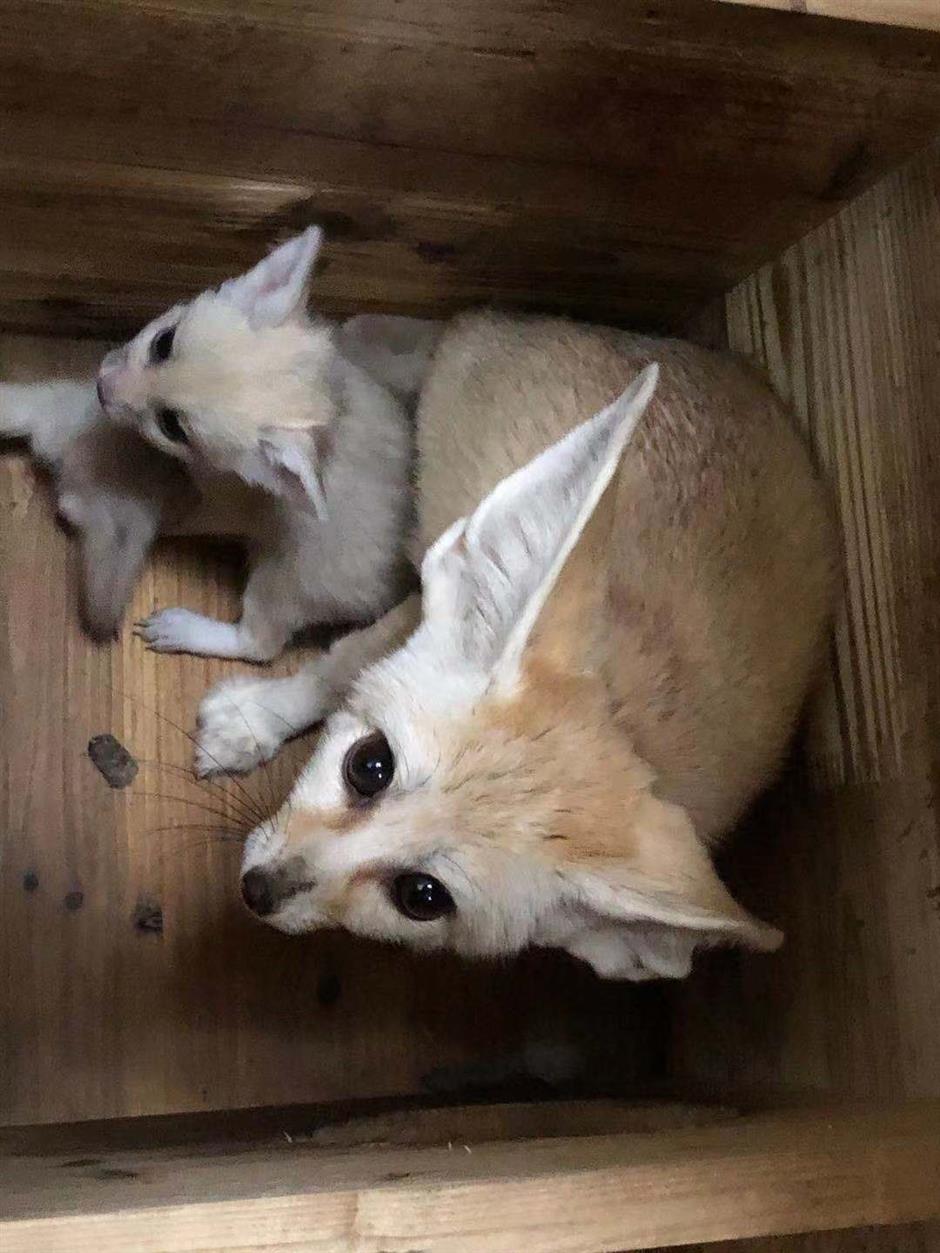 A fennec fox baby and mother. 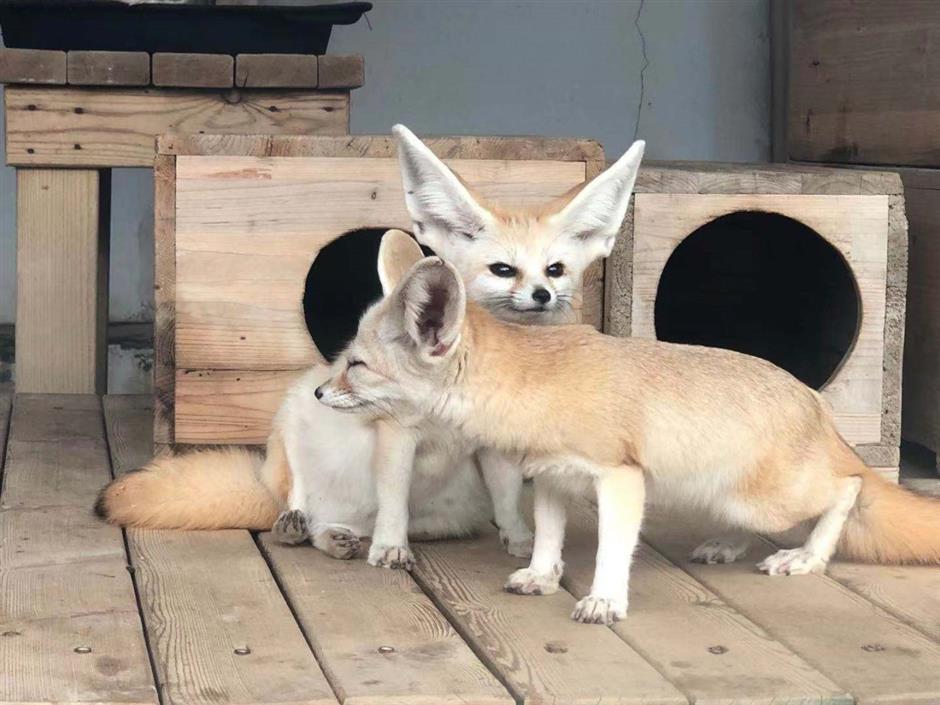 A number of baby animals will greet visitors at Shanghai Zoo in Changning District on June 1, Children's Day.

Nearly 100 animals, of some 10 varieties, were born at the zoo in the first half of this year.

Two fennec foxes were born in mid April. The animal is indigenous to Africa.

The duo are growing, and have started eating beef and dog food. They are well protected by their mother.

A male giraffe is another newcomer to the zoo. His mother is 20-year-old Si Er, and the pregnancy period lasted 15 months. 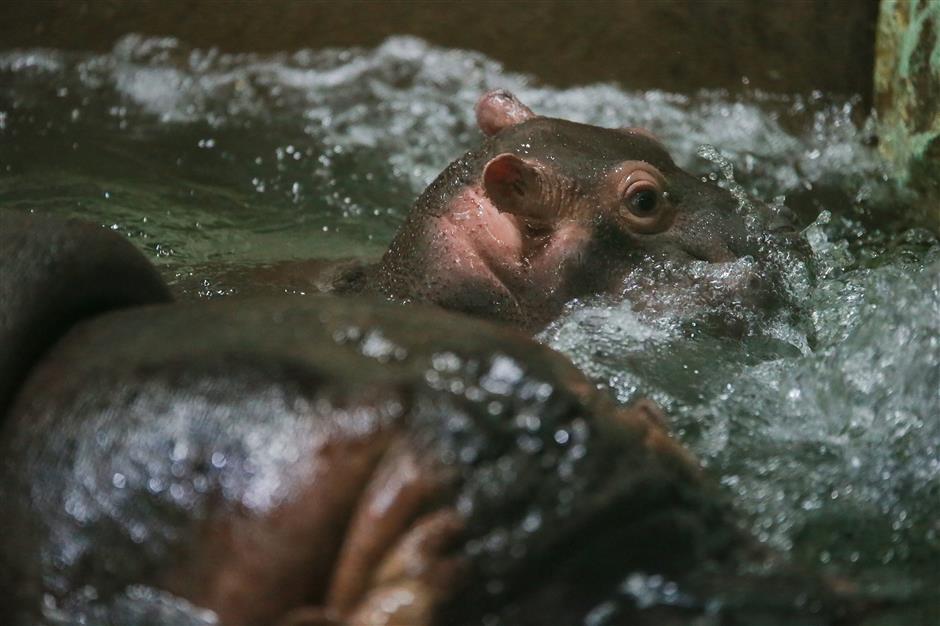 A hippo baby learns to swim. 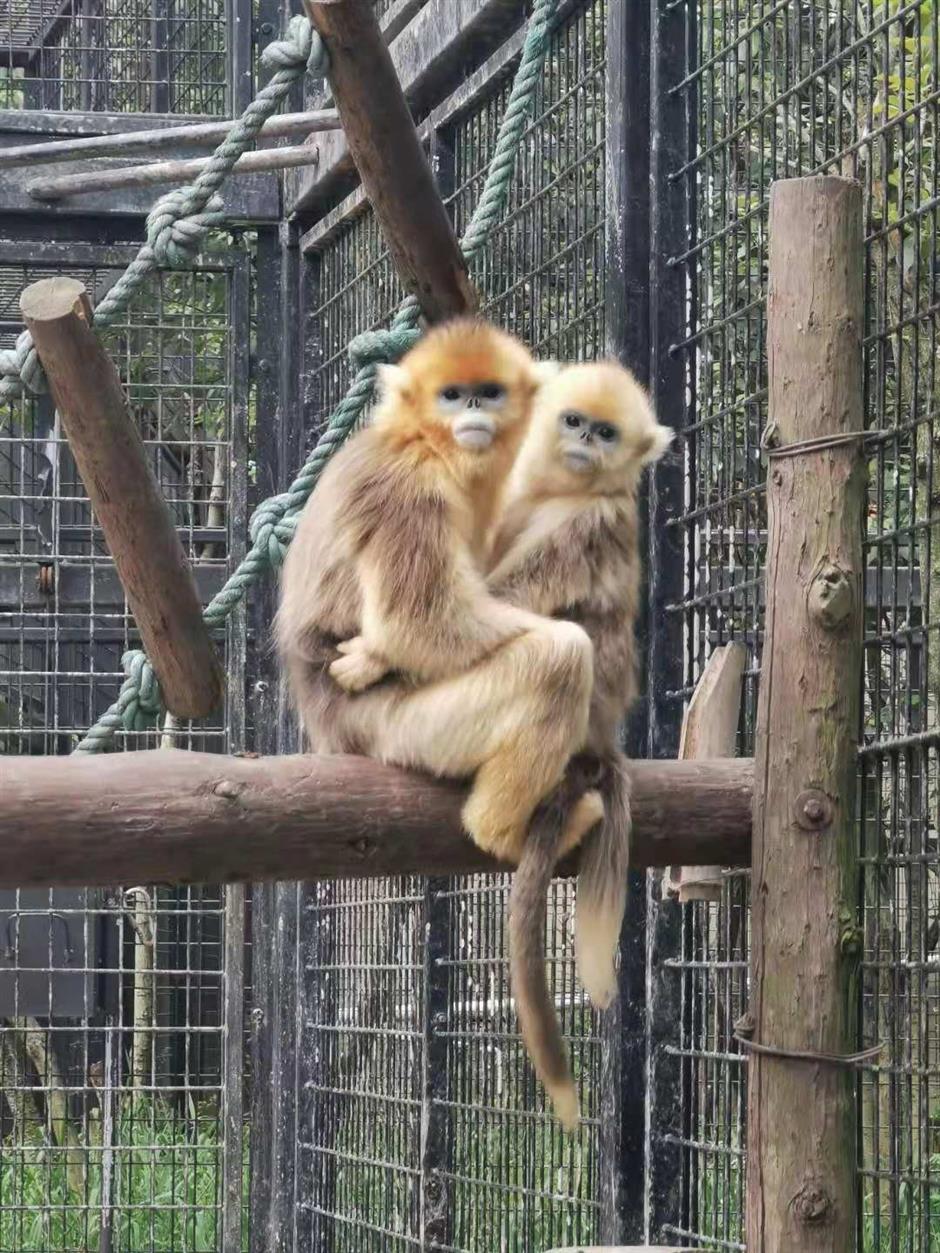 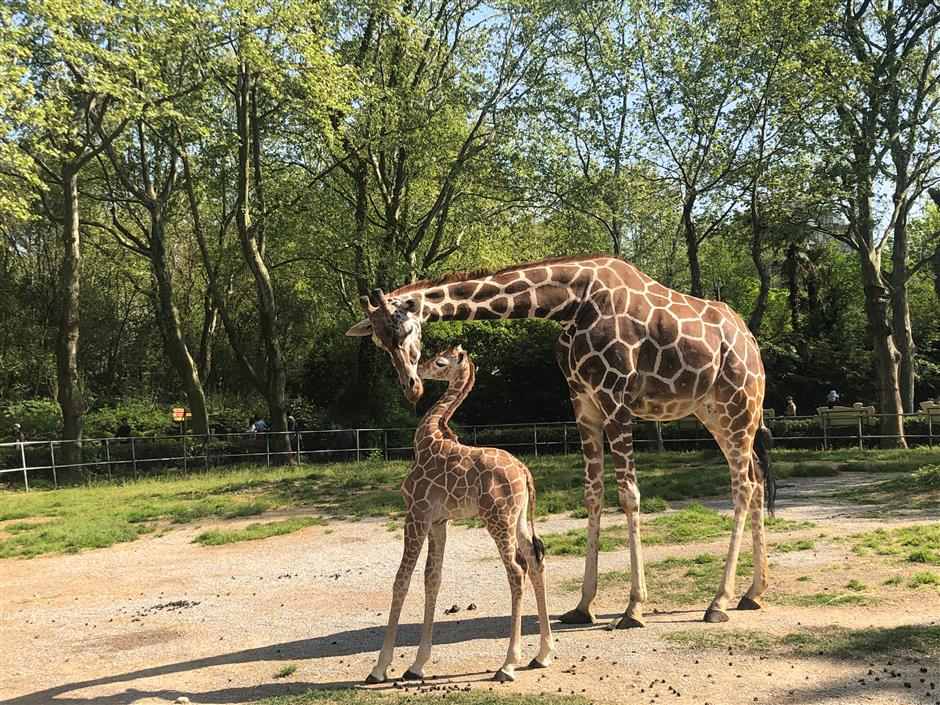 The baby giraffe and mother.

He is more than 2 meters high and has learnt to eat tree leaves and grass. He is healthy and active.

The mother is provided with fresh vegetables and fruits to ensure nutrition.

The whole delivery process took less than half an hour.

The baby hippo often rests alongside his mother and sometimes he lies on his mother's body or swims behind her, zoo keepers said. 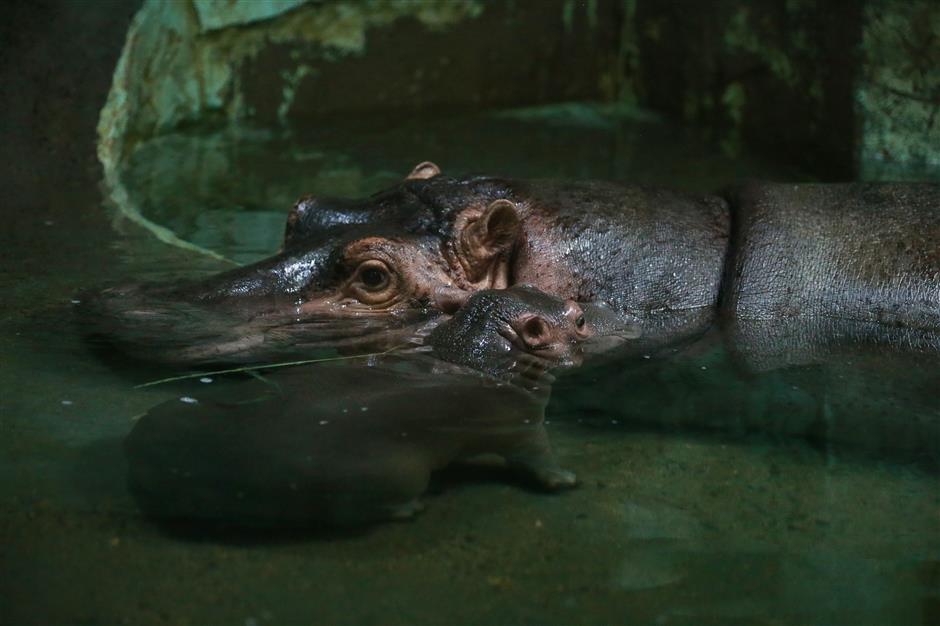 The baby hippo and mother.