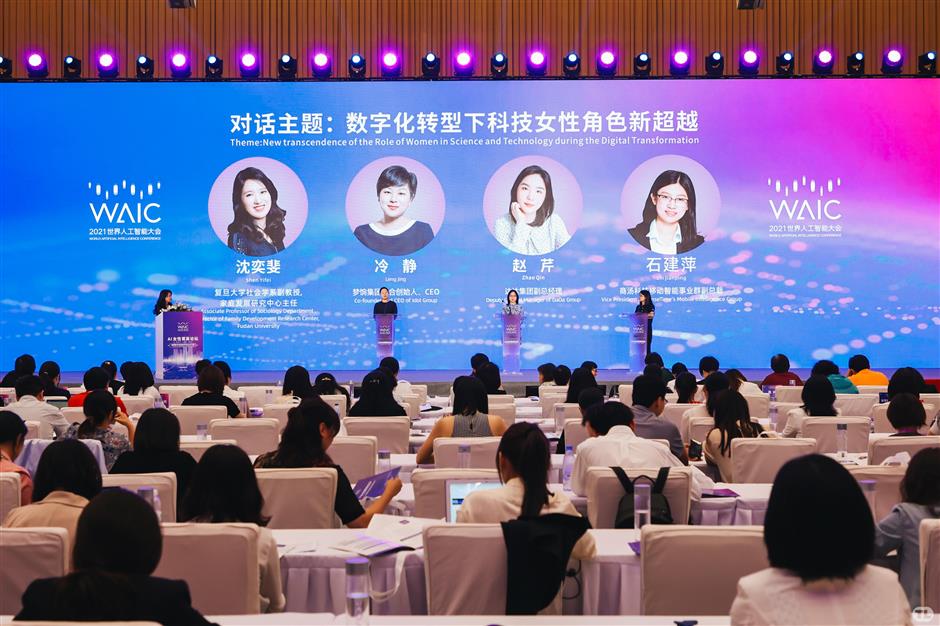 A forum where renowned entrepreneurs, scientists and scholars shared their views about women's role in the development of AI was held yesterday at the World Artificial Intelligence Conference.

Under the theme "Bolster Her Power in Digital Transformation," the AI Women Elites Forum focused on topics such as gender equity in the workplace and women's career transitions in the digital era.

Ian Shih, president of Rockwell Automation China, said there are many talented women in the workplace, but they are often neglected. He thinks company executives should provide more support for female employees.

He also mentioned the irreplaceable advantages in women's leadership, such as more empathy. Figures show that when women make up less than 20 percent of a company's leadership, the average innovation-related revenue will not exceed 15 percent of the total, but when women make up more than 20 percent of decision makers in a company, average innovation-related revenue may exceed 25 percent.

Meanwhile, the 2021 Yangtze River Delta Women's Science and Technology Innovation Ventures Competition was launched as a platform to integrate female innovation forces in the region.