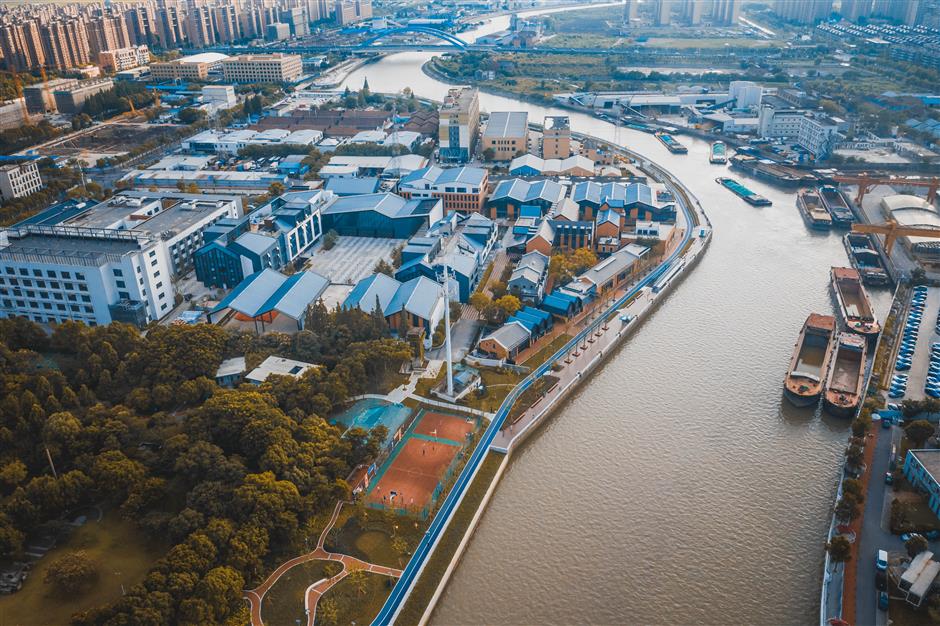 A new riverside path along the Wenzaobang River opens to the public on Wednesday.

A new riverside path along the Wenzaobang, known as the mother river of Shanghai's north Baoshan District, opened to the public for free on Wednesday along with a new park renovated from an old warehouse as part of the city's biennial art season.

Small cargo vessels sail along the waterway, the city's third major waterway after the Huangpu River and the Suzhou Creek, day and night. Some cranes and containers have been renovated into park attractions and maker space for startup firms and studios of artists and cultural masters.

The site on both sides of the river, known as No. 1 Bay, officially opened with the launch of the Shanghai Urban Space Art Season 2021 in Baoshan.

It will showcase Baoshan's achievements in the construction of the 15-minute community life circle, the theme of the art season this year.

The newly opened Long Sheng Vitality Town on the south side of the river on Hulan Road W. has preserved 22 buildings left over by the former warehouse company. They have been renovated into maker spaces, public plaza, commercial complex, talent apartments and wedding halls, which are open to the public round the clock. 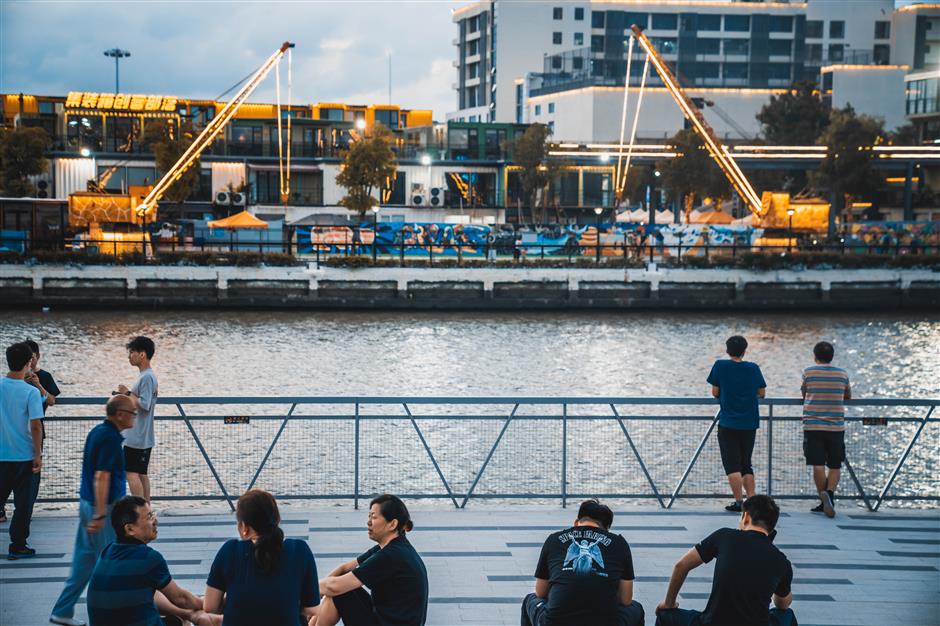 Residents are attracted to the new waterfront region of the Wenzaobang River.

"The town aims to create a 15-minute life circle for both entrepreneurs and residents living nearby," said Zhang Lihong, vice president of the Longsheng Anbang that is in charge of the project's development.

The walls of the former warehouse site have all been removed, while several parks have developed along the river.

On the north side of the river, the site formerly known as the Wisdom Bay was renovated from the former site of Shanghai's No. 3 woolen textile mill.

It is home to the world's only 3D printing museum, over a dozen artists' workshops along with around 300 global companies engaged in 3D printing, intelligent micro manufacturing, virtual reality/augmented reality and artificial intelligence robotics.

Hundreds of old containers have been converted into colorful offices for startup tech firms along the river. More than 15 historical factory buildings have been preserved to become a convention center, cinema, theater, indoor sports fields and wedding halls. Canteens, cafes, flower shops and bakeries operate across the complex.

Peking Opera artist Shi Yihong, pianist Song Siheng and singer Huo Zun have opened their workshops at the park along with other famous local artists.

Many residents of the neighboring Gongfu Community have found the park a comfortable place to visit after dinner and on weekends, bringing business to the innovative stores across the park. 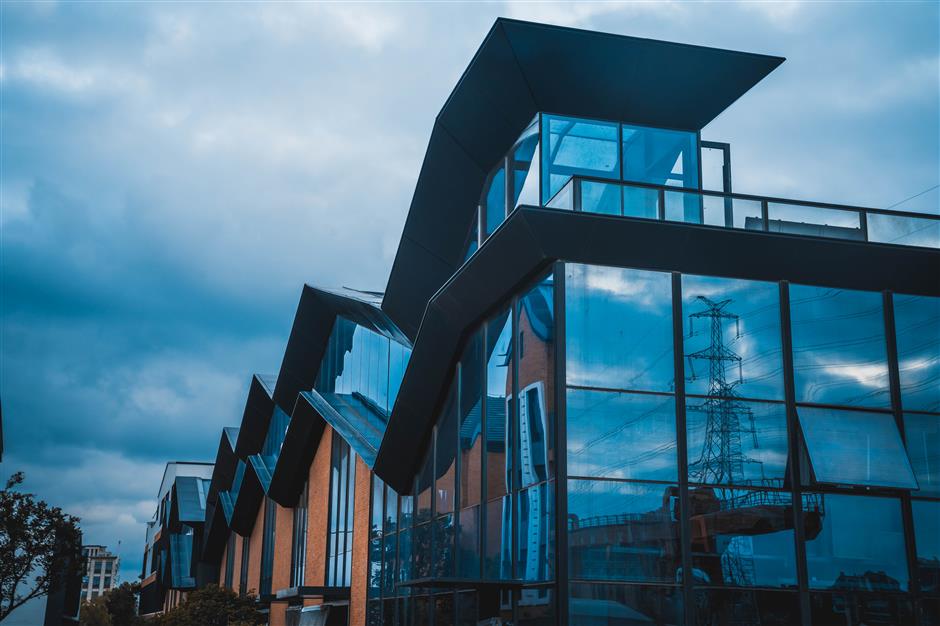