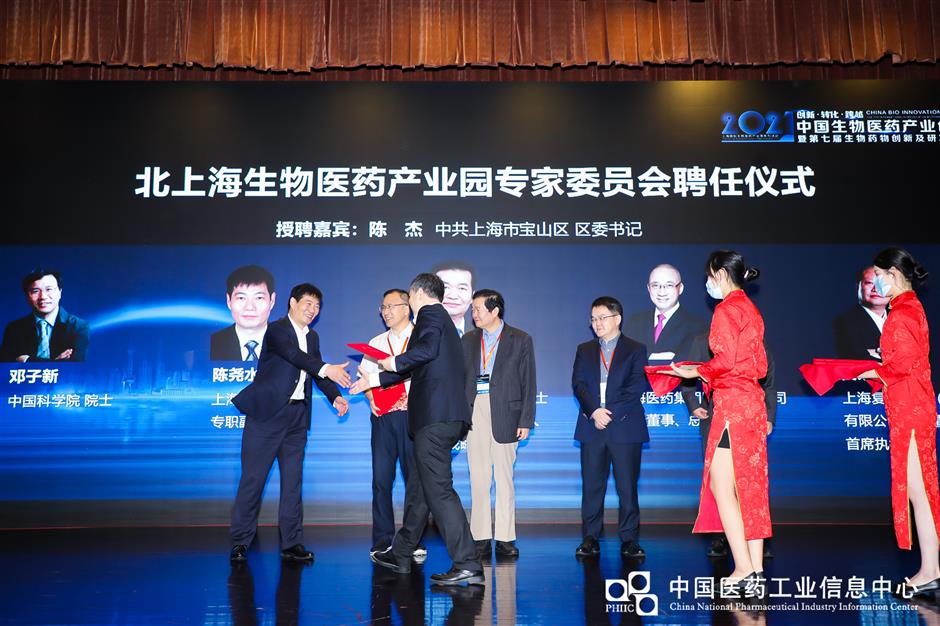 Top experts including Deng Zixin from the China Academy of Social Sciences are appointed as members of an expert panel to guide the development of the new North Shanghai Biomedical Industrial Park.

Academicians, scientists, industrial leaders and officials from the world's top biopharmaceutical firms attended the conference, which is also the 7th International Symposium on Biopharmaceutical Innovation and Development, to give suggestions on the development of Baoshan's medicine park.

Top experts including Deng Zixin from the China Academy of Social Sciences were appointed members of an expert panel to guide the park's development. 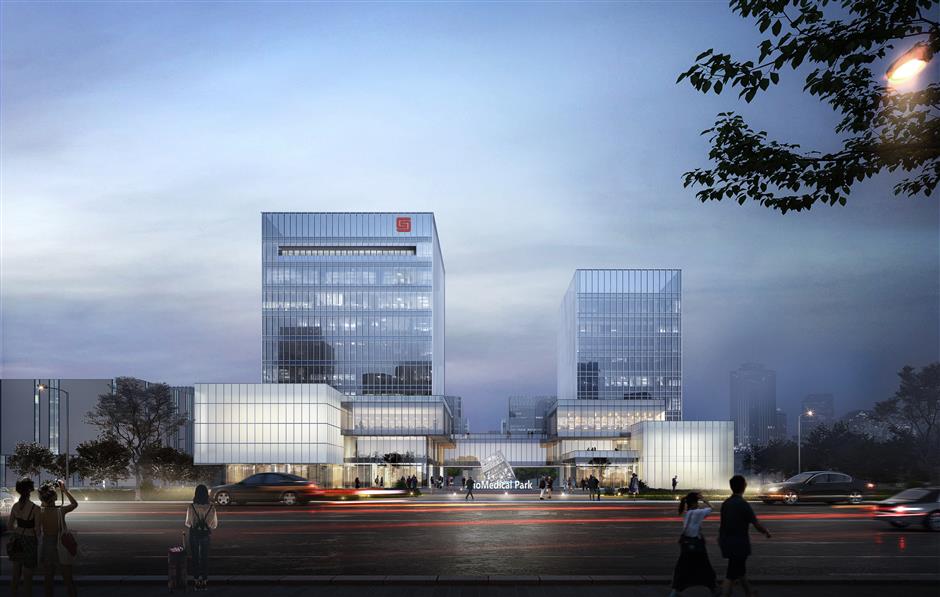 An artist's rendition of the North Shanghai Biomedical Industrial Park

Last year, Shanghai's biopharmaceutical industry was valued at 600 billion yuan (US$92.3 billion) with a gross industrial output of 140 billion yuan.

A total of 18 of the top 20 global pharma giants and 17 out of the top 20 medical device companies have set up their businesses in the city.

The park in Luodian, one of the five specialized biomedical parks in Shanghai, plans to attract over 100 companies with a scale exceeding 30 billion yuan. Luodian town was once the biggest marketplace in the area, known as "Golden Luodian," dating back to the Yuan Dynasty (1279-1368).

The existing Luodian and Baoshan industrial parks will offer sufficient land resources, standard factory buildings and office space to meet the demands of corporate headquarters, research and development, as well as production.

Leading companies from both home and abroad, including CanSinoBIO, Bao Pharma and Guosheng, have signed agreements to develop bases in the park. 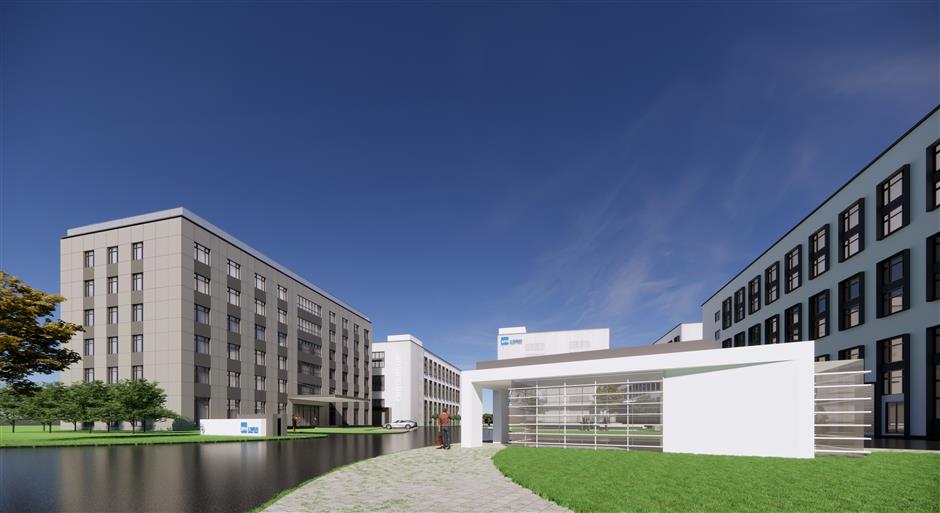 An artistic rendition of the North Shanghai Biomedical Industrial Park