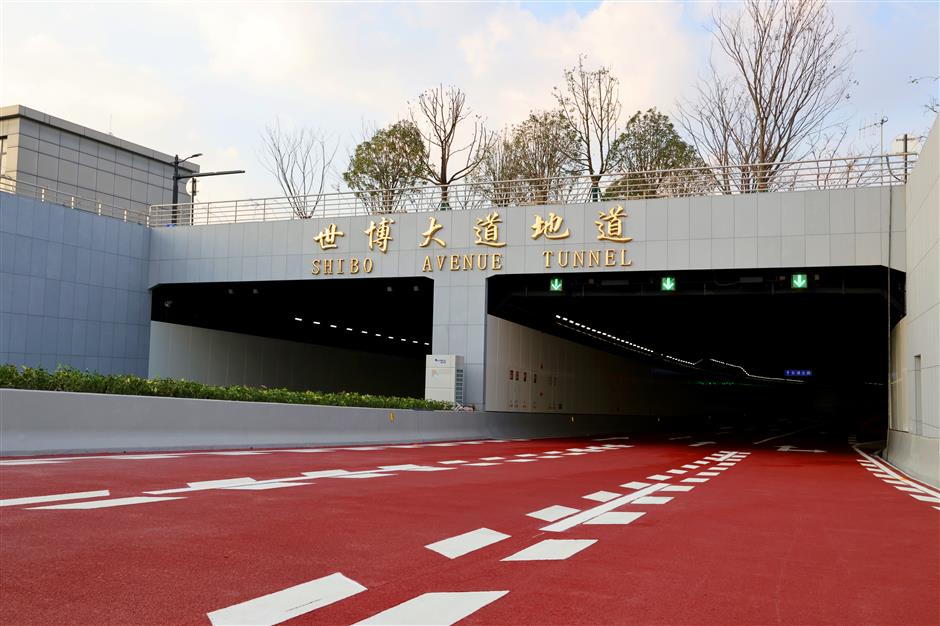 The newly opened Shibo Avenue Tunnel along the Huangpu River.

A new boulevard opened on Thursday to connect with Expo Culture Park, one of Shanghai's largest downtown parks on the former World Expo 2010 site in Pudong which will open by the end of this year.

The redeveloped Shibo Avenue, once the main pedestrian route on the World Expo site along Huangpu River, opened to traffic around 10:30am, completing a major stage in the ultimate grand opening of the Expo park.

The 2.3-kilometer-long road includes an underground tunnel between Tongyao Road and Changqing Road N. beneath Lupu Bridge. Part of the tunnel will be directly connected to the underground garage of the future Shanghai Grand Opera House, a landmark cultural site within the future park.

"The new road will become the main thoroughfare to link up the eastern bank of the Huangpu River and relieve the traffic burden on Pudong Road S. and Yaohua Road," said an official with STEC Shanghai Urban Construction Municipal Engineering Group in charge of the project.

The opening of the avenue will also help to ensure the soft opening of the north part of the Expo Culture Park by the end of the year, the official added. 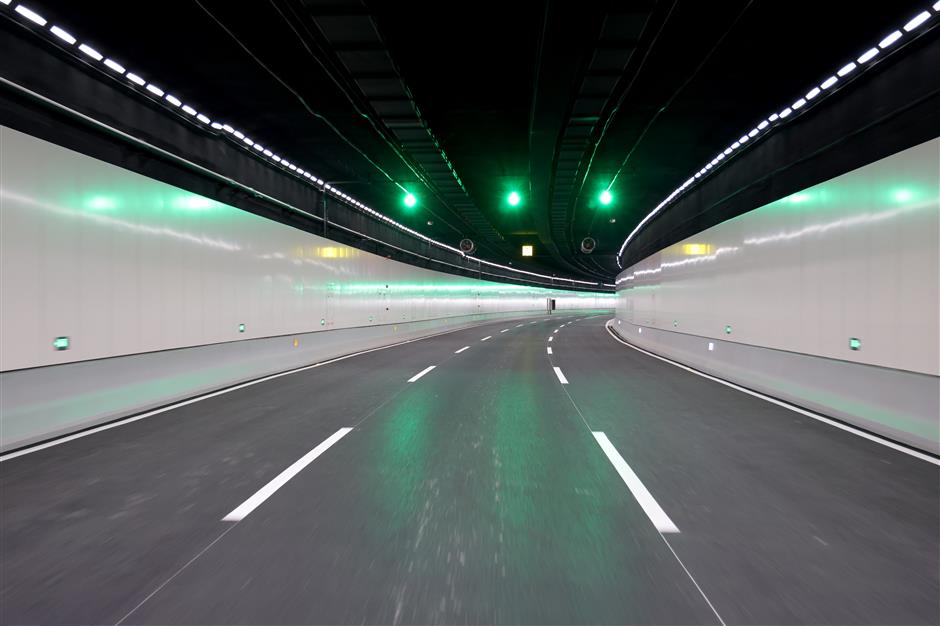 The tunnel has six vehicle lanes in both directions to relieve traffic burdens on nearby roads.

The road also connects Expo park with Houtan Park, once a World Expo greenery area from a decade ago, to create a continuous greenbelt along the river, according to the group.

The Expo Culture Park, covering 1.88 square kilometers along the river, is designed to become "an ecological natural forest park incorporating new cultural landmarks," such as an opera house and a world-class conservatory garden, the city's top planning body has said.

The strip-shaped riverside park will be available free to the public. It will cover an area from Lupu Bridge to Longbing Road in Pudong, right opposite West Bund in Xuhui District.

The World Expo 2010 pavilions of Italy, France, Russia and Luxembourg remain in the park. They have been redesigned and renovated to preserve the cultural legacy of the Expo.

The Italy and Luxembourg pavilions have earlier become the Italy Center and held exhibits of Italian arts and culture after the expo. The pavilions of other countries that stretched over 6,000 square meters closed at the end of Expo.

The planned Shanghai Grand Opera House in the park will take up 79,300 square meters, while the conservatory garden will occupy up to 30,000 square meters. Outdoor forest and grassland theaters will be built around the opera house to create an iconic cultural site along the river. 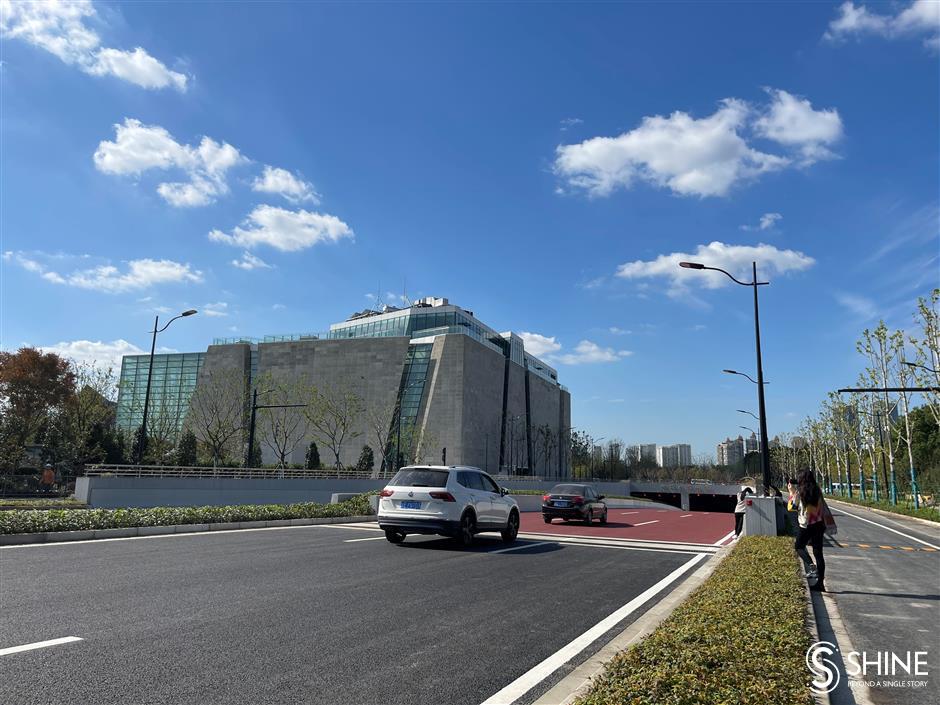 Vehicles drive into the new tunnel near the former Italy Pavilion of World Expo 2010.

According to the blueprint, other landmarks in the park include "twin hills," one of which will be built with recycled construction waste and garbage at a former industrial site. The conservatory will be built on a hill and will showcase the plants and vegetation that exist in frozen, hot and desert climates.

There will also be a "colorful" forest of 18,000 arbor trees of various species. The forest, including 750 existing trees, will display different seasonal colors. Among them, trees with yellow and red leaves will take up an area of 76,000 square meters. It is being designed to become the best sightseeing spot during spring and autumn.

The park is also part of the city's Sponge City blueprint, which aims to store rainwater with absorbent pavements, green rooftops and wetlands.

Waterways and wetlands will create a recycling system along with a "rainwater garden" and "ecological ponds." Rains and flood water will be accumulated and purified through water plants and soils, according to the government. 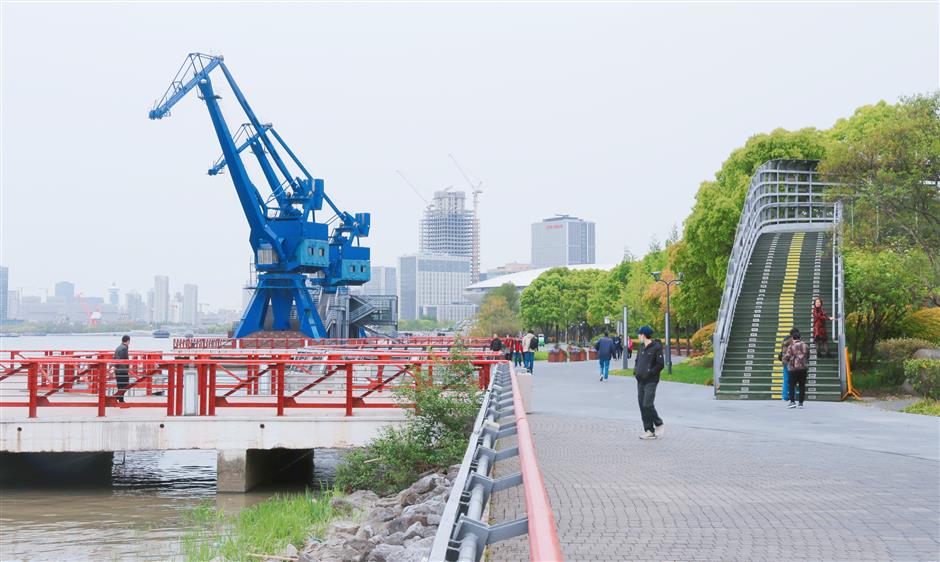