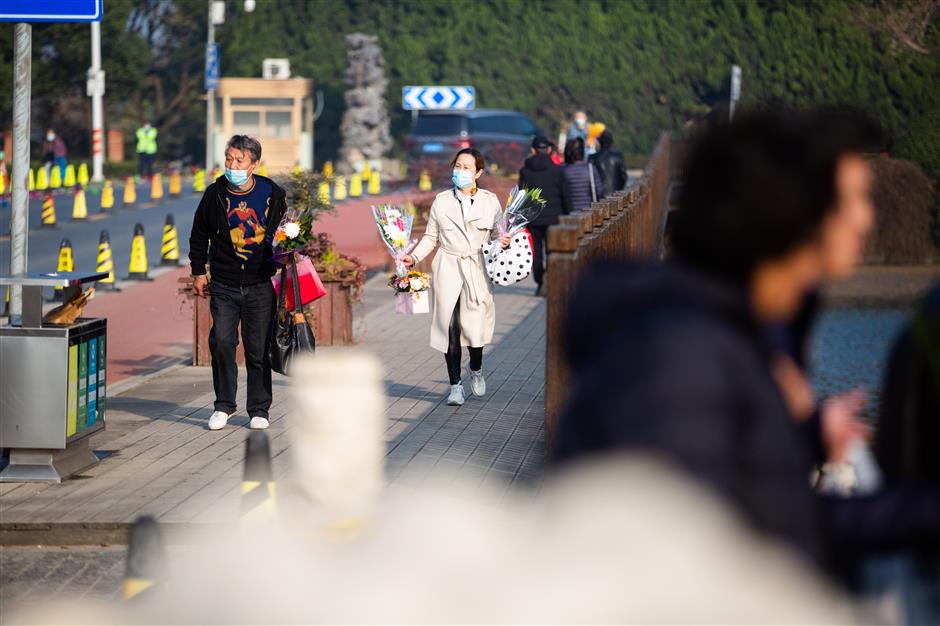 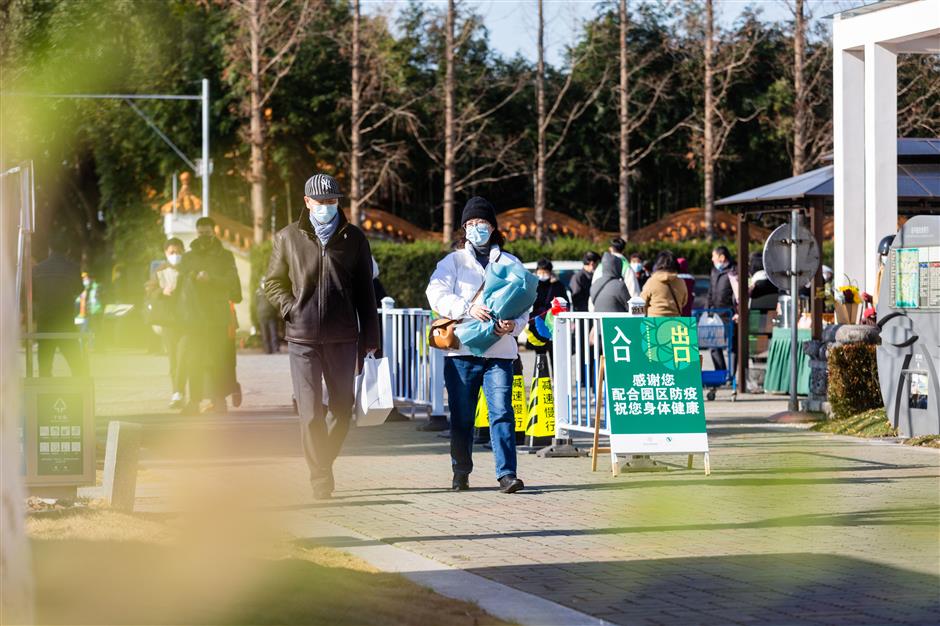 It is a quieter tribute over this year's dongzhi, or Winter Solstice, under strict COVID-19 prevention and control efforts across the city.

Cemeteries in Shanghai witnessed smooth order and no overcrowding and gathering on Saturday, the first day of this year's peak tomb sweeping days of dongzhi, under a mandatory reservation mechanism, local civil affairs authorities said.

Winter Solstice, like Qingming Festival, is a time when Chinese people pay respects to their ancestors. It falls on December 21 this year, and the four peak days of tomb sweeping in the city run from Saturday to Tuesday.

Tomb sweepers are required to make reservations prior to their visits to local tombs in a bid to prevent gatherings. 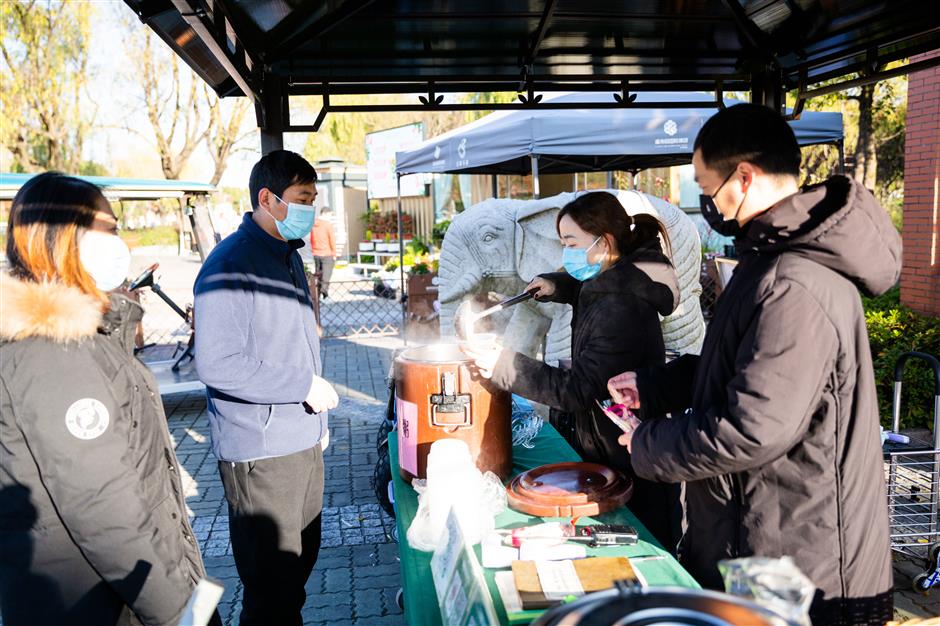 Free ginger tea and porridge are provided to tomb sweepers at Fu Shou Yuan on Saturday.

The 54 cemeteries and columbariums in the city received 154,400 tomb sweepers on Saturday, and they brought an extra 32,100 vehicles onto streets. In total, 1,945 urns were interred.

Another 765 paid online tribute instead of offline visits on the day, and 156 families requested cemetery staff to sweep tombs for them, following procedures such as cleaning graves, bowing and laying flowers.

Online tomb sweepers are able to edit the biographical information of their deceased relatives, upload photos and videos, and offer virtual sacrifices and commemorative items.

Since December when the dongzhi tomb-sweeping period started, more than 660,000 people have visited local tombs, bringing an extra 131,700 vehicles onto the roads.

More than 7,200 "online memorial visits" have been made.

Meanwhile, some cemeteries and funeral parlors in the Yangtze River Delta region have joined in the nation's carbon neutrality campaign for the first time to cut carbon dioxide emission just before dongzhi.

While Fu Shou Yuan Cemetery in Qingpu District has completed the redemption of 1,093 tons of certified emission reduction to offset the greenhouse gas emission generated from its operation activities this year.