Everything you need to know about this year's Two Sessions 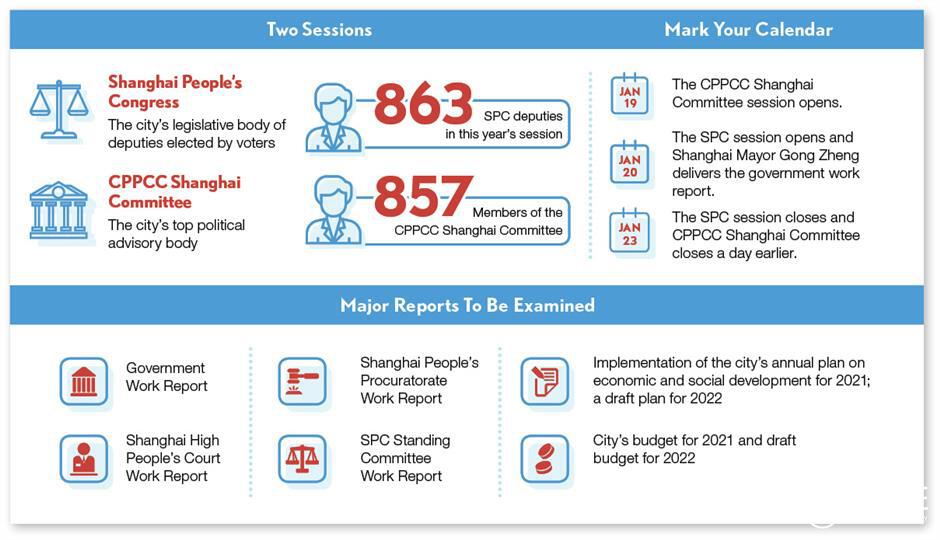 How long is the term of a SPC deputy and CPPCC member? Is there a cap?

For both deputies to people's congresses and political advisers of the CPPCC, one term lasts five years. There is no cap as to the number of terms they can serve.

Can foreigners serve as a SPC deputy or CPPCC member?

In days gone by, foreigners naturalized in China served as CPPCC members, such as American-born Chinese translator and writer Sidney Shapiro.

Are SPC deputies and CPPCC members all members of the CPC?

Some SPC deputies and CPPCC members are from the CPC, while many others are from non-Communist political parties or are non-partisan.

What jobs do SPC deputies and CPPCC members do?

Both come from all walks of life.

China's Election Law stipulates that deputies to people's congresses should have a broad representation while a certain number of slots should be reserved for those from the grassroots level, especially for factory workers, farmers and intellectuals. The law requires that the percentage of women deputies should be gradually increased.

The CPPCC has representatives from different fields in society, including science, economy, education, sports, press, medicine and health, arts and religion.

How many suggestions or proposals did SPC deputies and CPPCC members make at the last session?

SPC deputies forwarded 1,179 suggestions to relevant government departments in 2020, 906 of which were accepted, which means that the government promised to take action on them.

What are legislation proposals?

SPC deputies can raise proposals to the congresses to make or revise laws.

A legislation proposal should be backed up by at least 10 deputies. The floor for the proposals is open with the decision of the standing committee to convene a session of the congress.