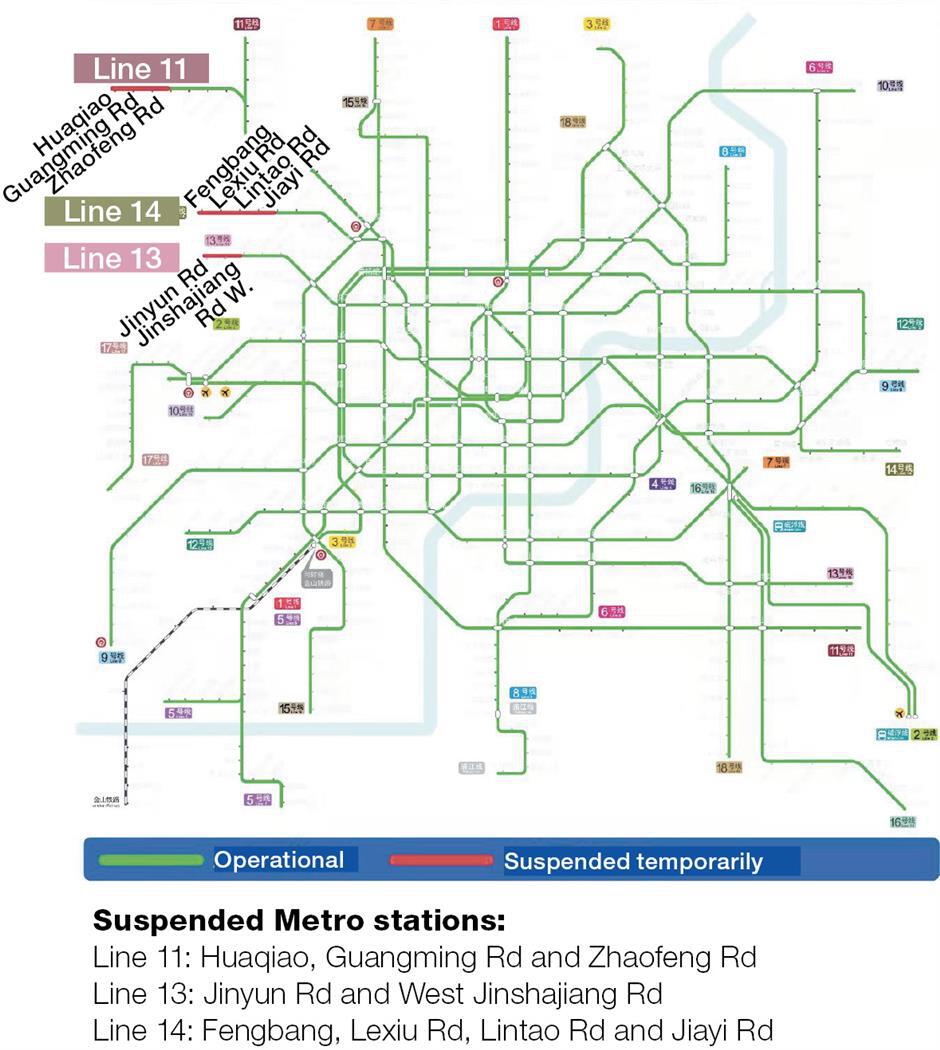 The stations to be suspended are Jinyun Road and Jinshajiang Road W. stations on Metro Line 13 as well as Fengbang Road, Lexiu Road, Lintao Road and Jiayi Road stations on Line 14.

Other stations on the two lines will operate normally. The six stations will be closed until further notice, the Metro operator said.

Apart from the six stations, three stations on Metro Line 11 in Kunshan, under the jurisdiction of Suzhou in neighboring Jiangsu Province, have been shut down.

Line 11, the only interprovincial Metro line, has three stations – Huaqiao, Guangming Road and Zhaofeng Road – in neighboring Kunshan. Resumption of operations is yet to be determined.

Additional adjustments to Metro operations may be released in future to cope with the city's ongoing fight against the resurgence of COVID-19, Shanghai Metro said.

The number of Shanghai's subway passengers has decreased dramatically under stringent measures since this round of surge in COVID-19 cases from March 1.

The Metro operator has suspended the prolonged operation of Metro Lines 1, 2, 7, 9, 10 and 13 on Friday and Saturday night. The intervals of departures have also been extended across the network to help curb the spread of COVID-19.

The low-frequency operation will provide additional time for the cleaning and disinfection of carriages, the Metro operator explained. 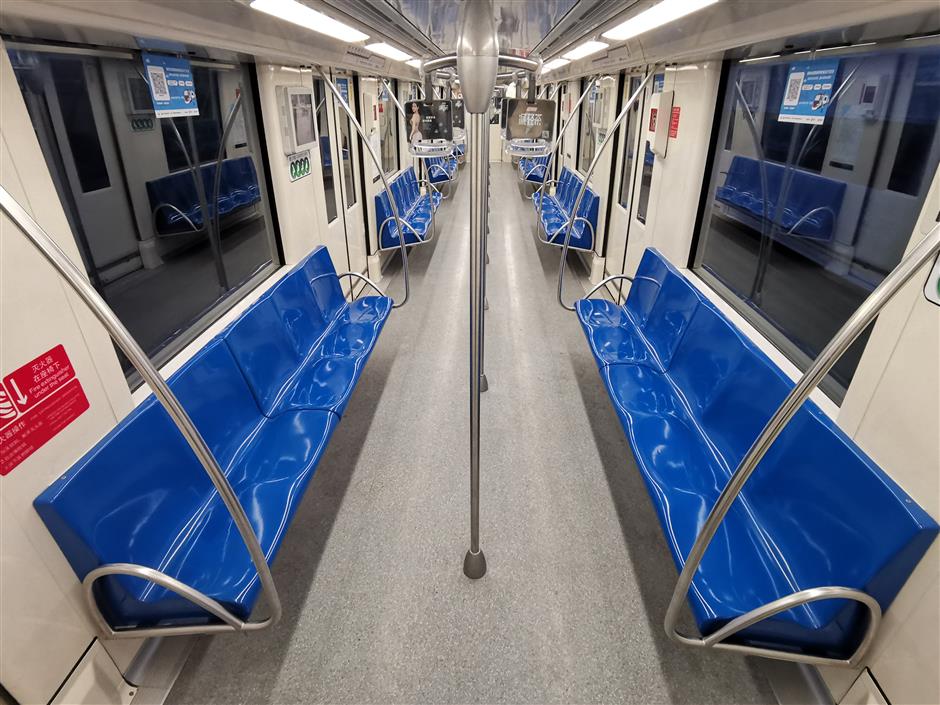 An empty Metro carriage during morning rush hours in Shanghai amid the pandemic.