Stay cool, another heatwave is on the way! 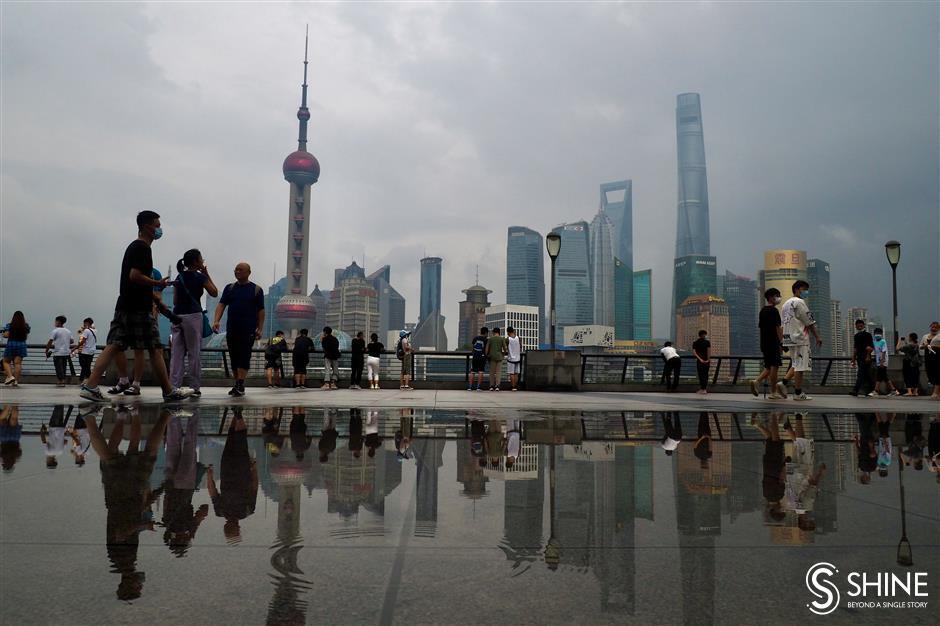 Showers hit parts of the city on Tuesday.

Shanghai is bracing for a new heatwave from Wednesday, with the mercury topping 38 degrees Celsius.

Showers hit parts of the city on Tuesday, bringing humidity, while the temperature ranged between 28 and 34 degrees Celsius.

Scorching weather, with clouds, showers and lightning in the afternoons, is forecast to hit the city over the next eight days. Highs will be over 35 degrees and lows will be around 29.

This year's 12th solar term, dashu, or Great Heat, falls on Saturday – ushering in the hottest part of summer.

With rising temperatures and rain, local health authorities have launched citywide cleansing and anti-worm campaigns each month through September.

About 4,600 places such as old residential complexes, nursing homes and green spaces will be targeted for public health and disease prevention and control, officials said.