Locals on the hook for fishy practices in Suzhou Creek 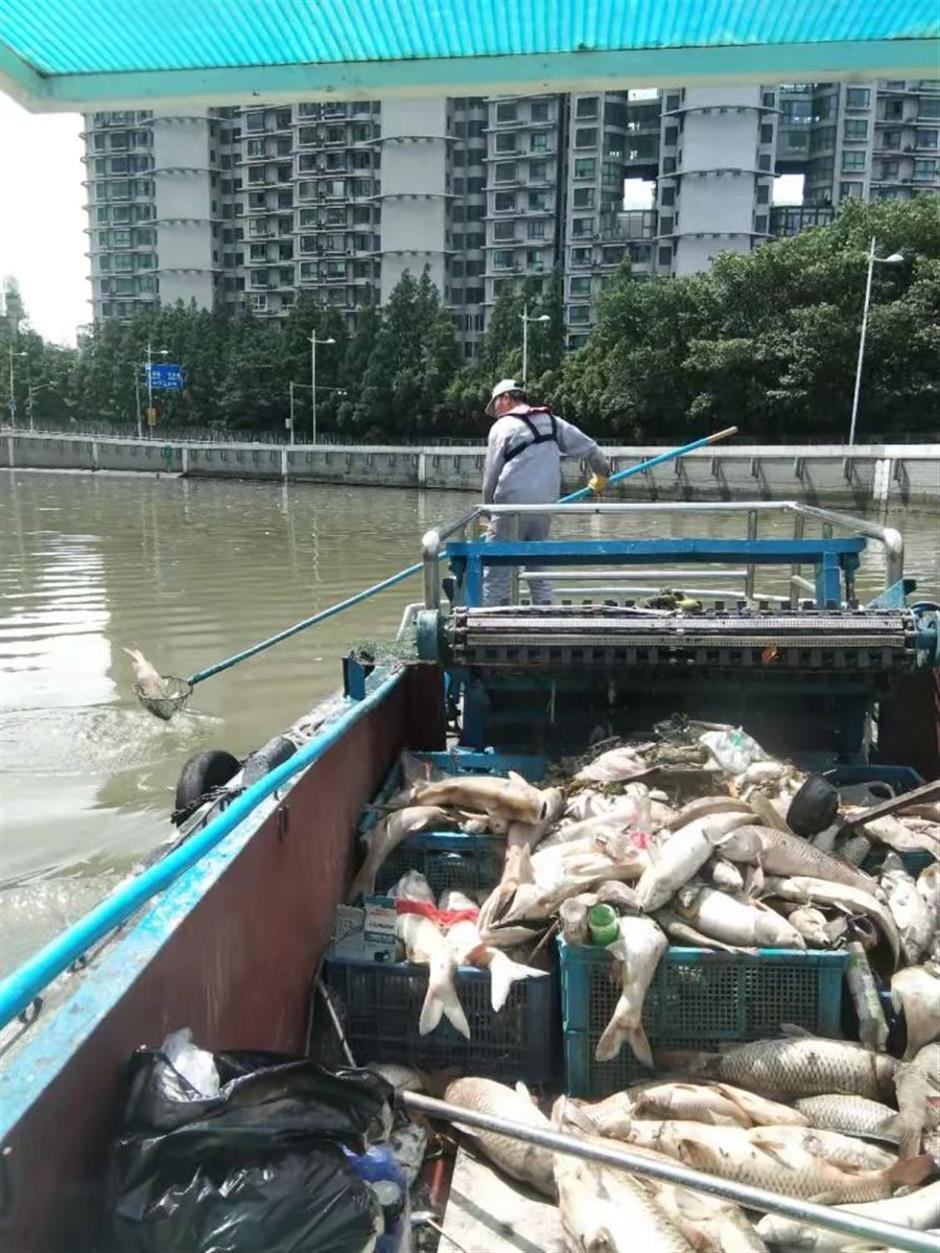 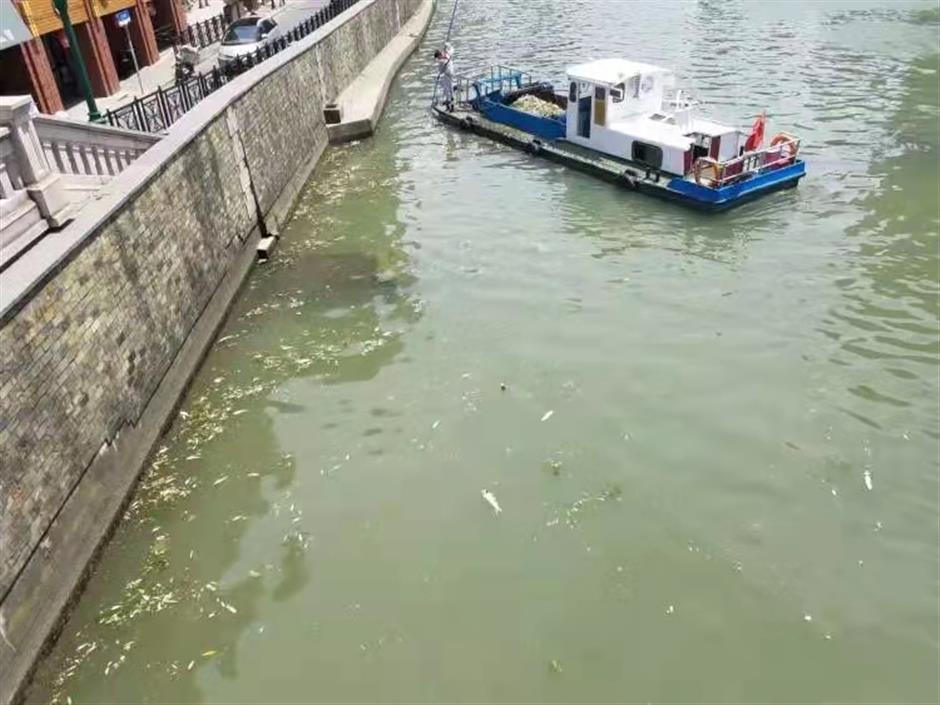 A large number of dead fish are floating up in Suzhou Creek, with the summer weather and locals' actions to blame.

Chen Minmei, a local resident living at a residential complex in Putuo District along Suzhou Creek, saw dead fish in the creek several times when she strolled along it at dusk recently.

"The dead fish are a pollution both for the environment and eyes," she told Shanghai Morning Post.

Shen Mengyuan, a water sanitation worker, said he and his colleagues spotted a large number of dead fish as well recently. They filled the whole of the ship's cabin after clearance.

"We found dead fish floating in the water during our daily routine cleaning when the ship approached Sichuan Road Bridge," said Shen. "The big silver carp looked like they weighed nearly 10 kilograms."

The Shanghai Public Sanitation and Environment Water Management Station said it had received 13 reports from residents about dead fish since July, much more than previous years. 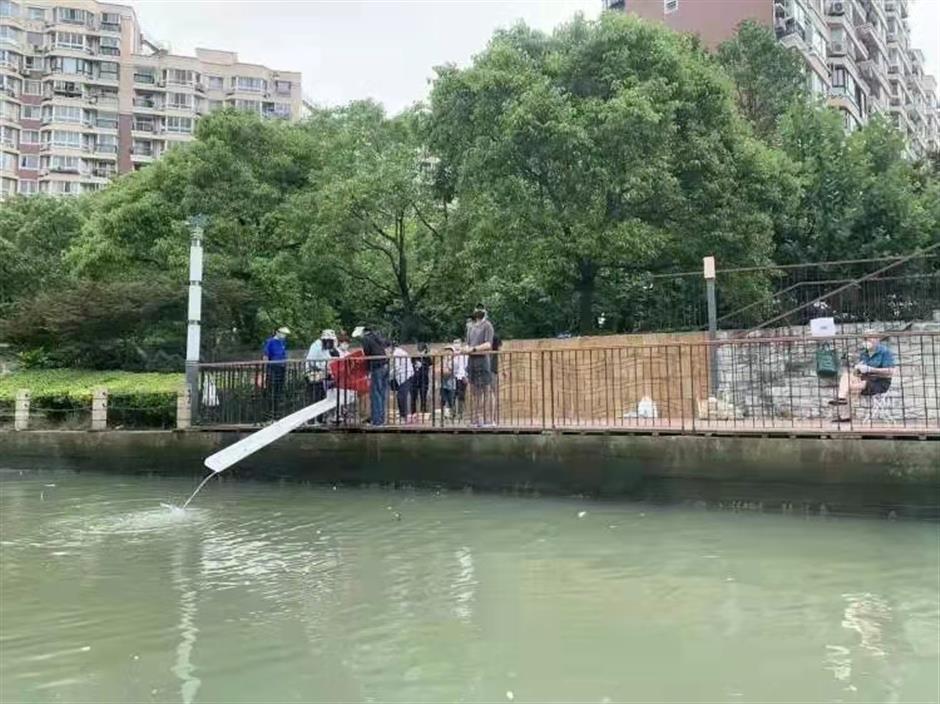 "The fish were actually released by residents," said Cai Haifeng, an official with the station. "Although the creek has experienced several rounds of water quality improvement, a large amount of wild fish are not seen in it.

"The water quality of the creek could not support so much fish, and the continuous sizzling weather and downpour since July also led to the death of these released fish."

"The fish could not get used to the water environment of the creek, which has a low oxygen content," he added.

In Chinese, the Buddhist ritual of fangsheng, meaning life releasing, is believed to bring good luck. Releasing captive animals is believed to be a typical act of charity and is performed on certain days of the Chinese lunar calendar with certain meanings.

"The Guangfu Road W. and Dongxin Road intersection, Baocheng Bridge and Wuning Road Bridge are some spots where fish are released," said Cai.

"Residents have released fish they bought from wet markets on non-traditional days as well, and parents freed fish in pray for good luck for their children who sat college entrance examination or high school entrance exam."

There is no regulation banning the act.

Dead fish must be removed immediately to prevent foul odors and pollution.