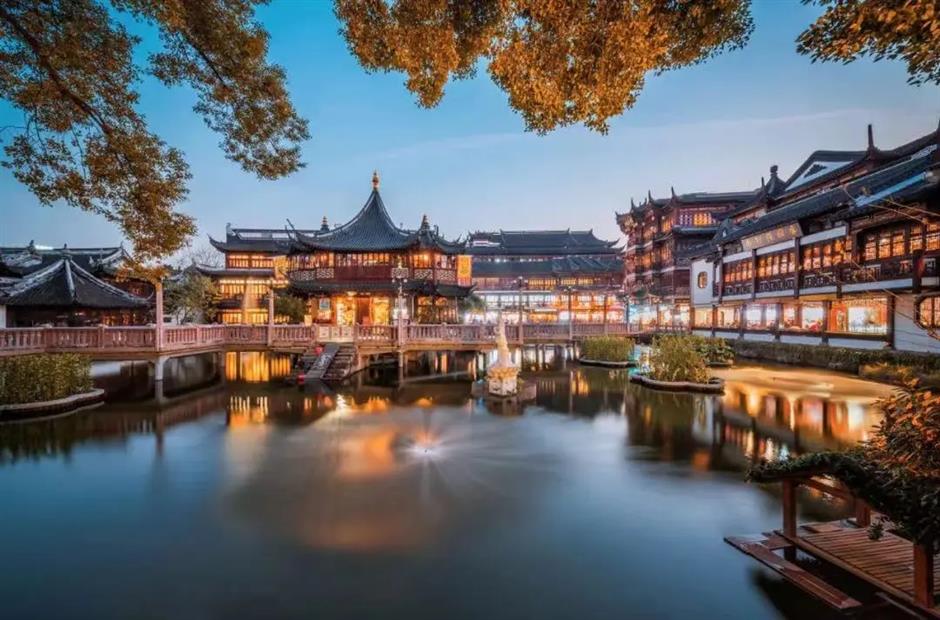 The traditional mid-autumn scenery of the Jiangnan area is restored at the Yuyuan Malls.

A traditional temple fair to celebrate the autumn solar term qiufen, or the Autumn Equinox, will begin on Friday, the exact day, at Shanghai's landmark Yuyuan Garden Malls in an effort to revive traditional Chinese culture.

The Yuyuan Malls are located at where a prosperous temple fair market around the City God Temple during the Ming Dynasty (1368-1644) once stood.

Parades, art performances, a lantern fair and art installations will be launched at the iconic Zigzag Bridge, Mid-Lake Pavilion and other historical structures on Friday to mark the 16th solar term qiufen.

The temple fair celebration will be held at the dining and shopping facilities near the historical city garden through September 28 with free admission to restore the folk customs for autumn and harvests dating back to the Tang Dynasty (AD 618-907).

An art performance will be held on the Zigzag Bridge.

With osmanthus and chrysanthemum flowers blossoming and hairy crabs entering their best period, it is also a busy time for farmers who will have multiple tasks to complete, including harvesting, ploughing and planting.

The traditions and customs of the other five autumn solar terms – Autumn Begins, End of Heat, White Dews, Cold Dews and Frost Descends – will also be celebrated at different sections of the malls during the event.

At the Jiujiaochang Road bazaar, which originated from a Ming Dynasty military drill ground, dancers will dress like the lunar goddess and interact with visitors, and young farmers will dance among the crowds to celebrate the harvest.

A set of lanterns, a national listed intangible cultural heritage, will restore the traditional mid-autumn scenery in Jiangnan, or regions south of the lower reaches of the Yangtze River.

Yuyuan has launched a campaign themed around the 24 solar terms to promote traditional culture while boosting consumption amid the coronavirus pandemic.

Tourists and citizens are invited to play various traditional games, learn heritage skills and visit time-honored stores, such as the 238-year-old Tonghanchun TCM pharmacy, Mid-Lake Pavilion, Wenchang Street and the Yuyuan Department Store in the six-story Tianyu Mansion, known as the tallest Ming- and Qing-Dynasty-style building in the city's old town. 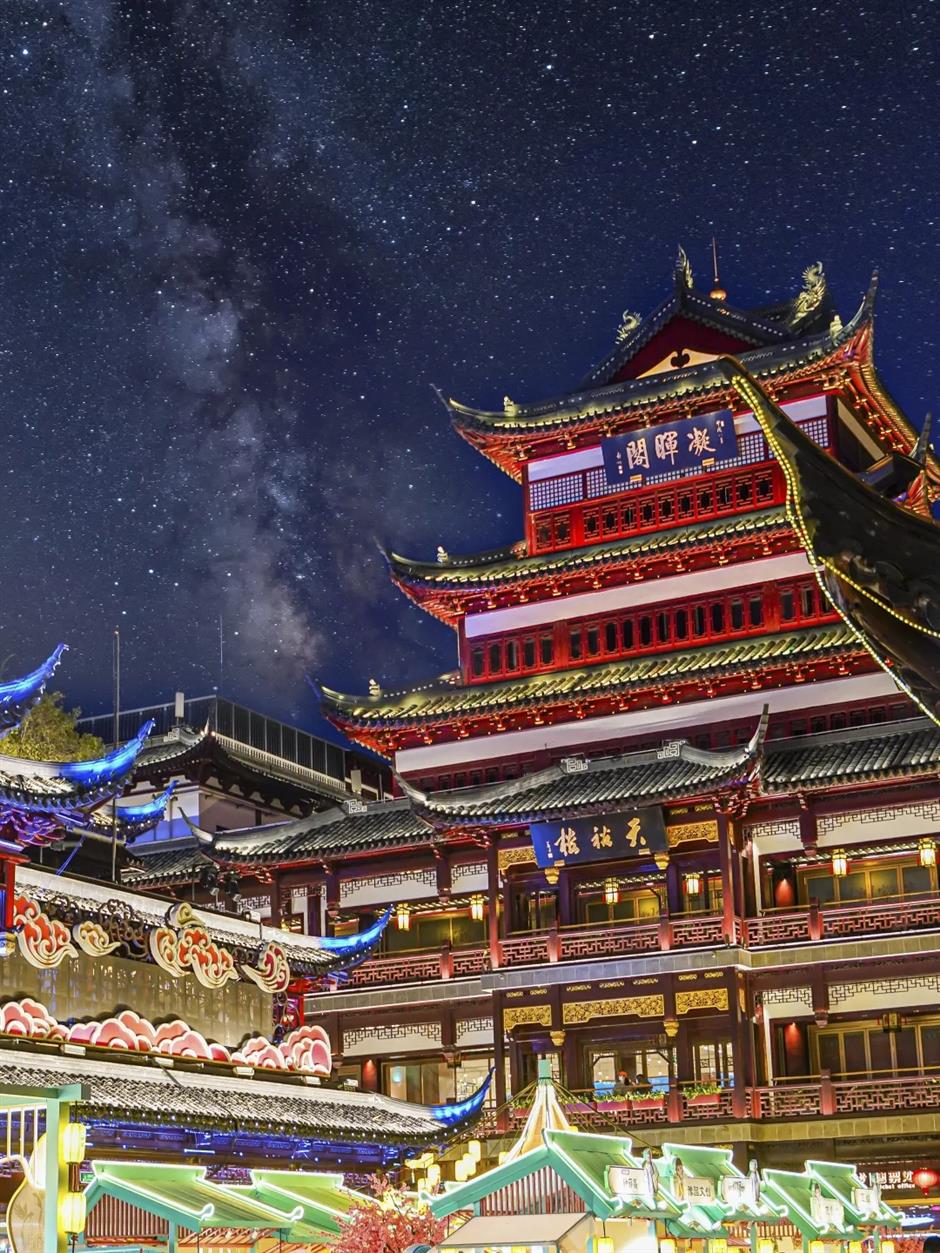 A bazaar and lantern fairs will restore the traditional temple fair. 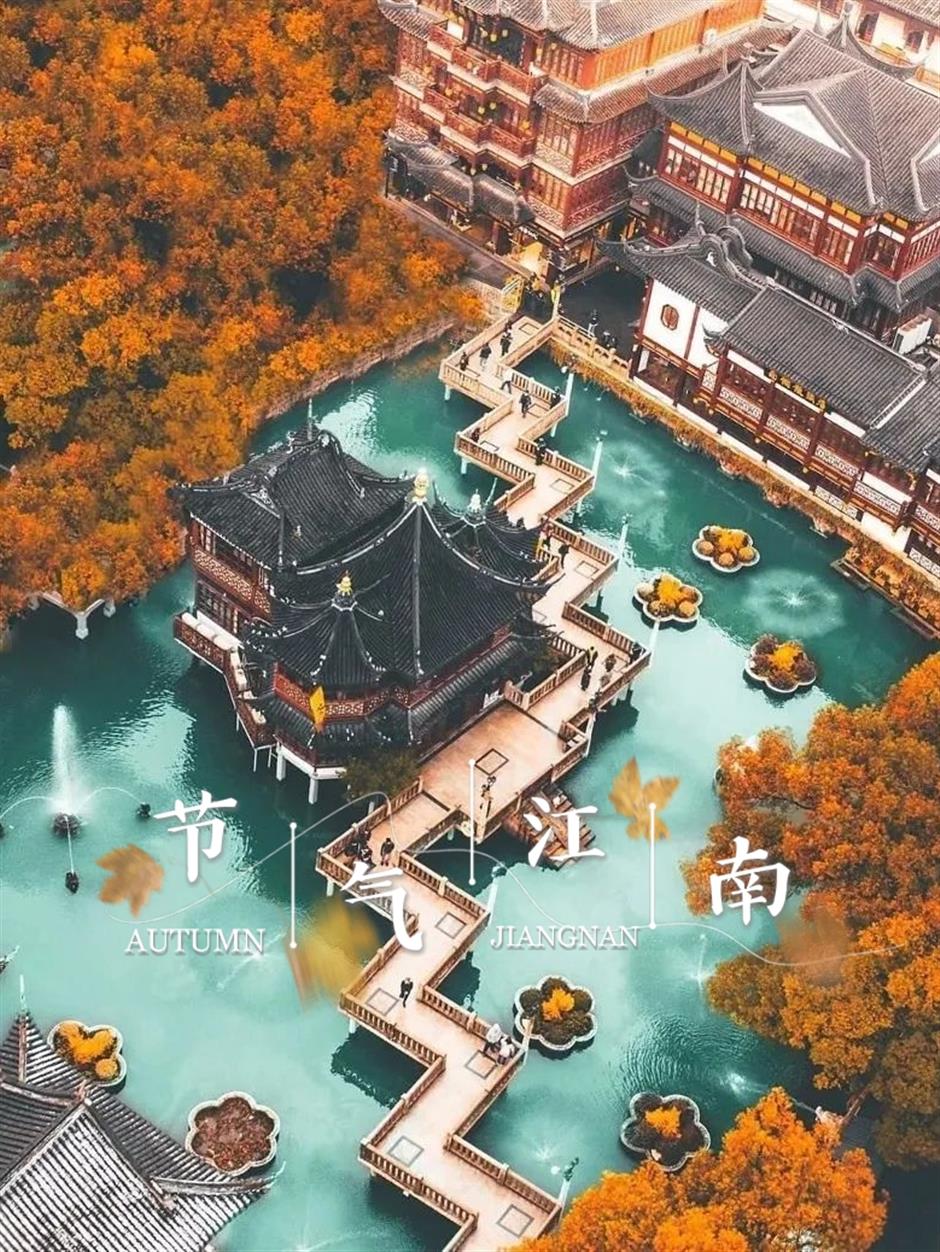 A bird's-eye view of the Yuyuan Malls and Zigzag Bridge.