Thousands of illegal fireworks go up in smoke

With rising smoke and smog, 4,000 boxes of illegal fireworks and firecrackers were destroyed on Monday in the Lingang area – an open, empty area far from the downtown area and close to the sea.

Illegally produced and transported fireworks and firecrackers have been closely monitored nationwide since 2009 when several indoor fires that resulted in injuries were reportedly traced back to the explosives.

Shanghai has banned the use of fireworks and firecrackers in the area within Outer Ring Road since 2016.

Local police officers have enforced the ban this year from production to selling. 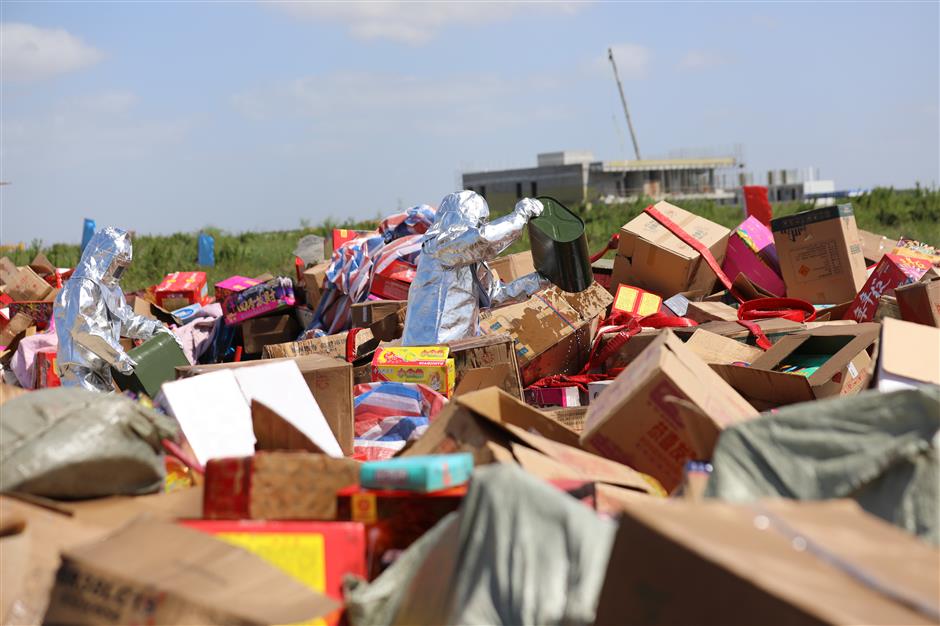 Police officers pour gasoline on the fireworks before destroying them.

More than 70 people in 130 cases have been arrested for producing and selling fireworks and firecrackers by local police since the beginning of this year, according to Shanghai Police said.

Chinese people have the tradition of setting off fireworks to welcome the Chinese Lunar New Year, as they believe the noise chases away a traditional Chinese monster named Nian.

Instead of real firecrackers, some local residents use electronic firecrackers during the traditional festival that are eco-friendlier and safe. 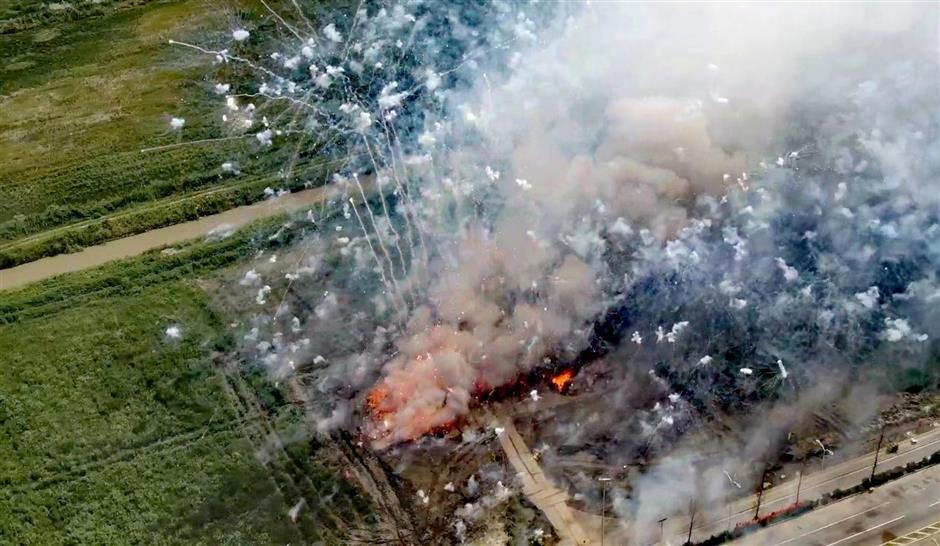