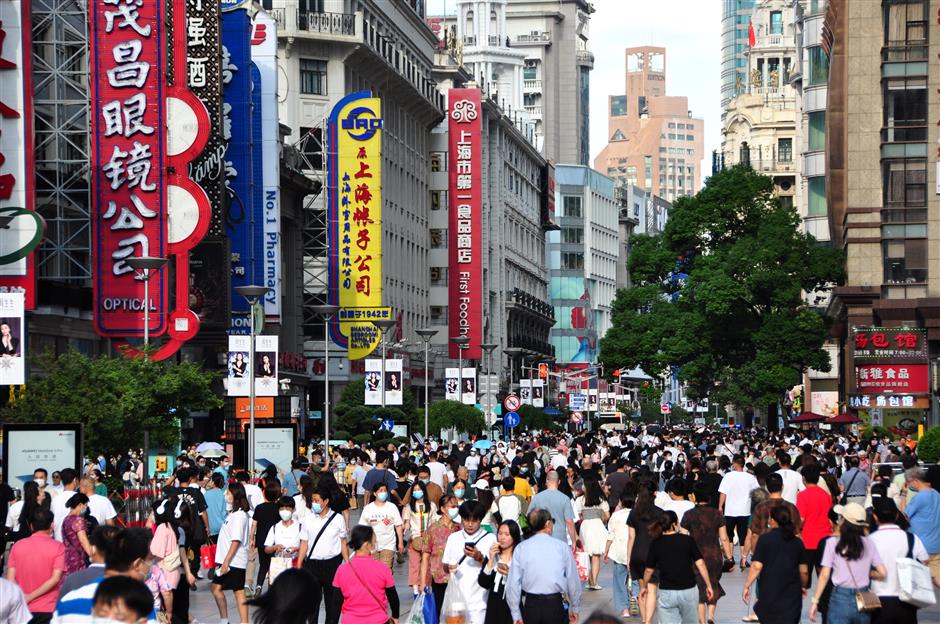 Shanghai's Nanjing Road Pedestrian Mall will release a second round of shopping coupons with a total value of 15 million yuan (US$2.13 million) on Tuesday morning to further drive up business recovery amid the COVID-19 pandemic.

It has offered a first round of 18,000 shopping coupons offering 50 percent discounts, which have brought back a large crowd of customers, who were deterred by the coronavirus after the city's lockdown.

Sales at department stores on the pedestrian street have increased by 20 percent, while consumption at time-honored food stores and restaurants have risen by 30 percent since the promotion was launched on August 18, according to Shanghai New World Co, which owns major shopping centers on Nanjing Road E. 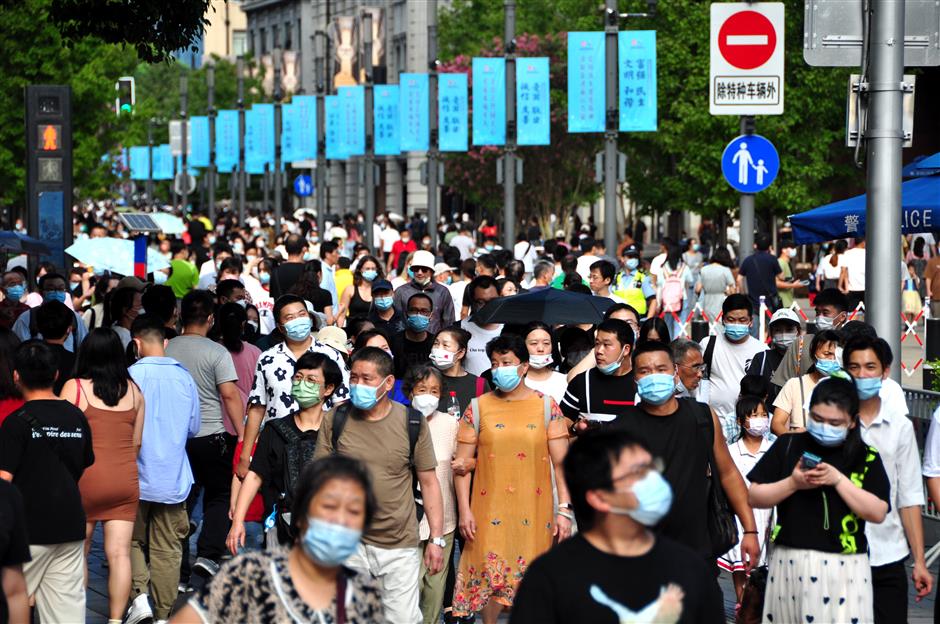 Customers can purchase the discounted coupon from 10am Tuesday, on the pedestrian mall's mini program on Alipay. They can be used at major shopping centers such as Shanghai New World Department Store and Shanghai New World Daimaru, as well as eatery brands like Sunya Cantonese Restaurant, between September 21 and October 10.

The shopping street plans to release a total of 30,000 coupons worth 100 million yuan until the end of 2022 to boost business.

The pedestrian street, running between the Bund and Xizang Road M. in Huangpu District, received about 200 million visitors in 2021. The total sales of the pedestrian mall exceeded 10 billion yuan last year, making it one of the most lucrative commercial hubs in the city.

The video, being widely played along the street, mainly appreciates the efforts of local COVID-19 prevention workers and medics fighting against the pandemic during the lockdown.

Medical staff and community volunteers who took part in the COVID-19 fight will be given extra discounts. There are also additional discounts for examinees of the national college entrance exams, or gaokao.