Civil construction of the first phase of Metro Line 23 kicked off on its planned Jiangchuan Road E. Station in Minhang District on Monday. 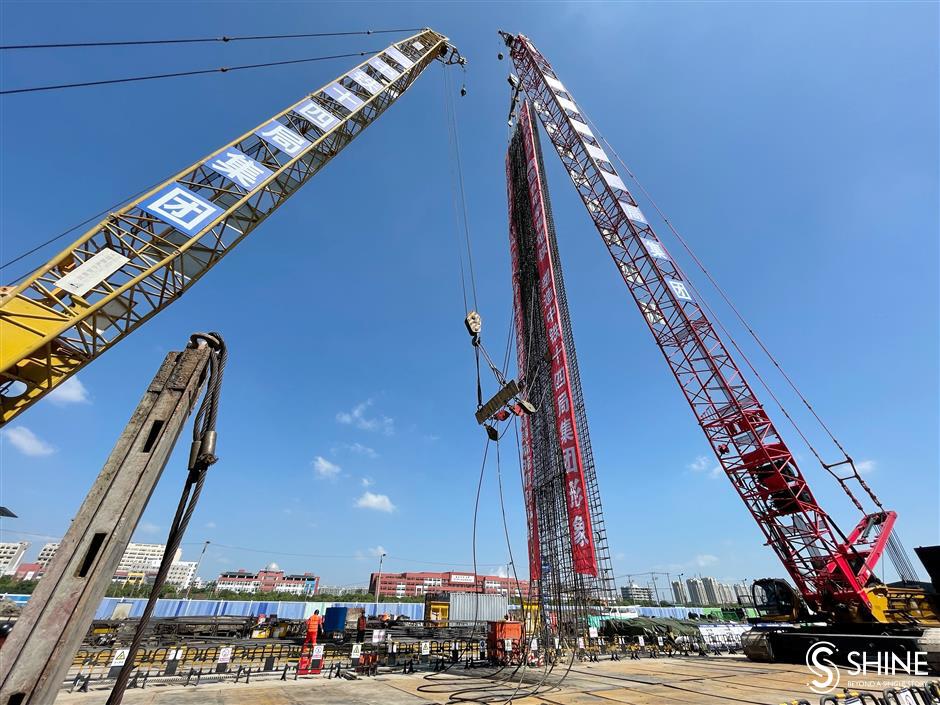 A 35-meter-long diaphragm wall that will be inserted underground. 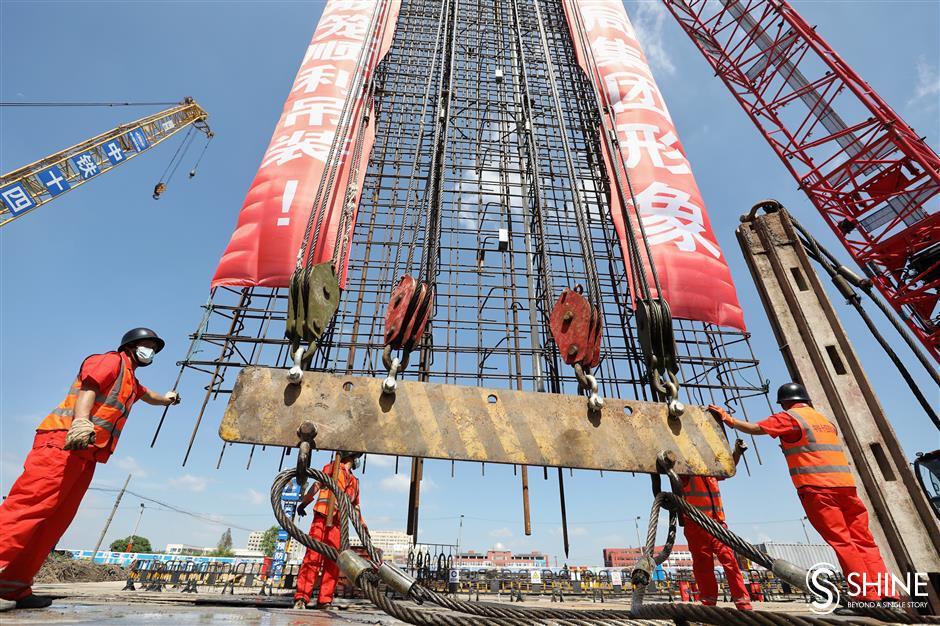 Construction workers adjusting the position of the diaphragm wall. 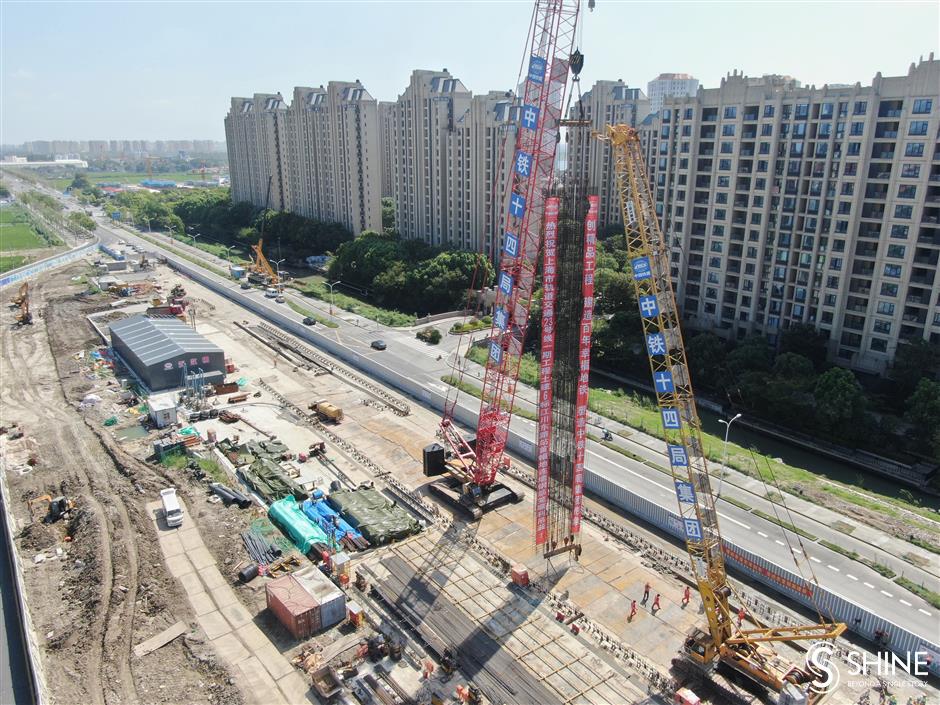 Meanwhile, the roof-sealing of Jidi Road Station on the western extension of Metro Line 13 has been completed, Shanghai Urban Construction Municipal Engineering Group said on Tuesday.

Expected to open by the end of 2025, Line 13's western extension will have five stations in Qingpu, Minhang and Jiading districts. 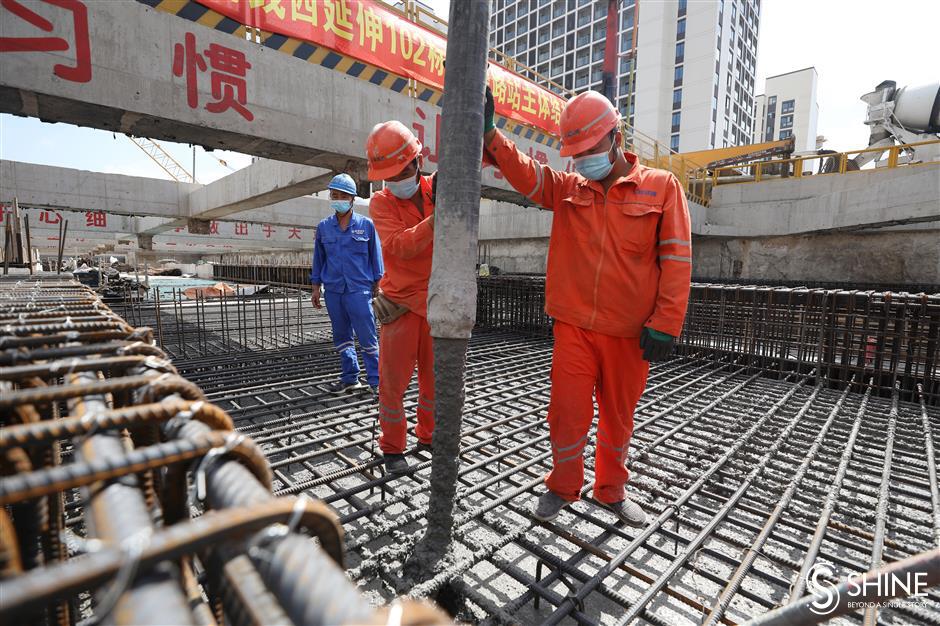 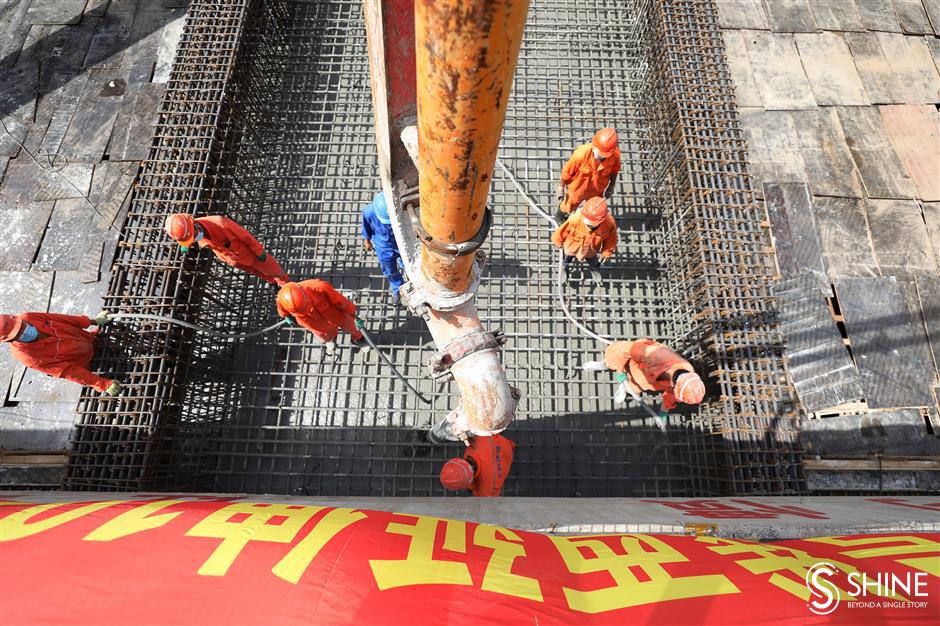