Mystery animal found by farmer turns out to be a badger 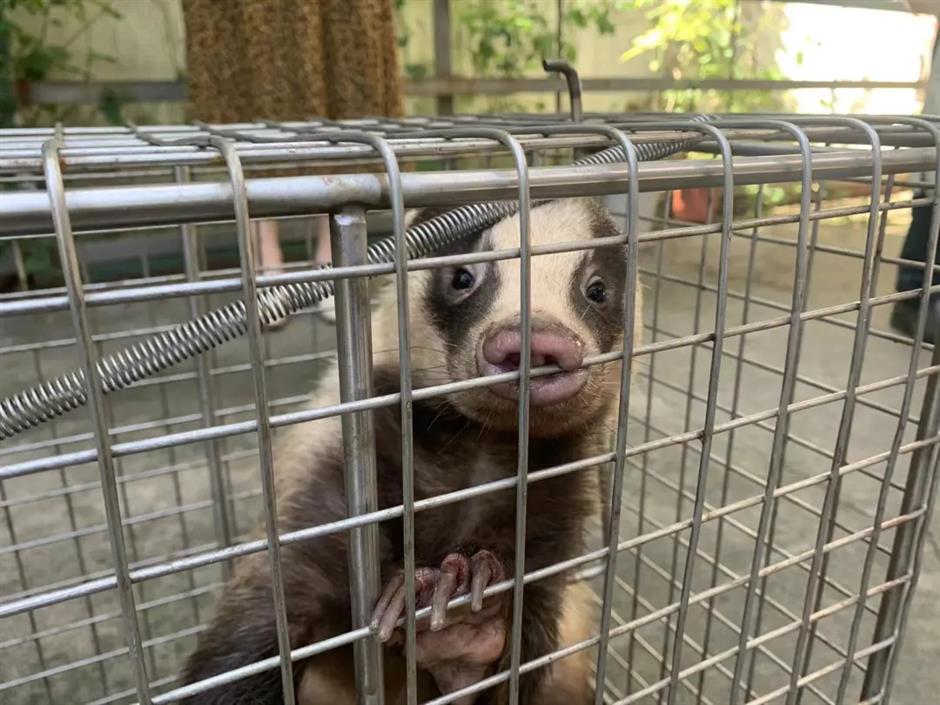 An injured badger, an indigenous species of Shanghai, was spotted in Jiading District.

An unexpected visitor was spotted in suburban Jiading District recently and has been sent to the Shanghai Zoo.

The white-and-black-striped animal, which turned out to be an injured badger, was spotted by Lu Yunting, a farmer in Huating Town's Shuangtang Village, when he was doing farm work on September 18.

"I thought it was a big mouse at first," Lu said.

He and other farmers caught the animal and took it home to treat its injury.

"It seems to be lovely, but it actually has a bad temper," Lu joked.

The animal even gnawed on a water pipe at Lu's home.

The farmer contacted Jiading's forestry station, and the animal was sent to its temporary wildlife accommodation location. 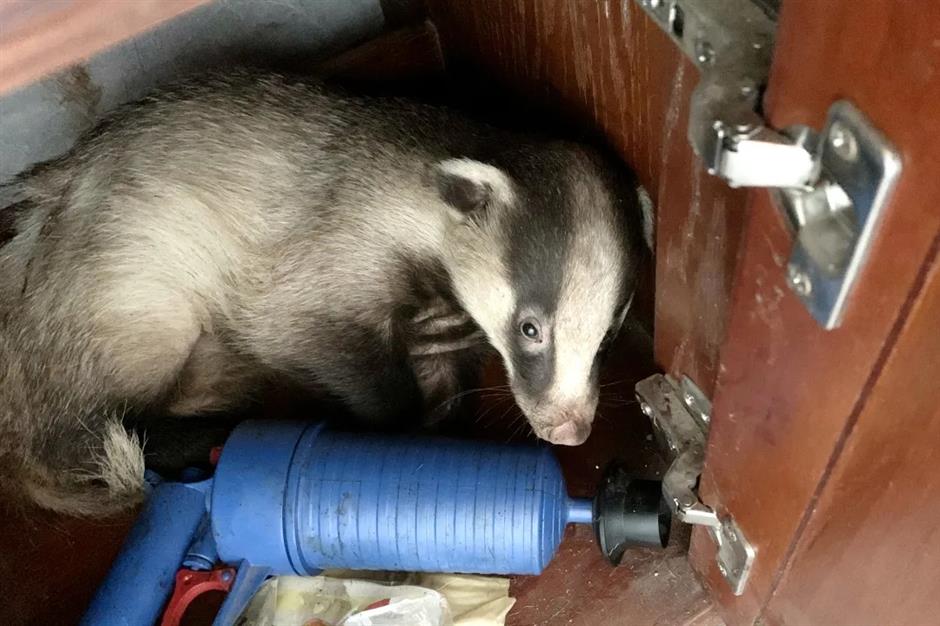 Experts identified the animal as a badger, an indigenous species of Shanghai.

The badger is male with an injury on his hip.

Shanghai's wildlife protection officials said the farms are a favored place for badgers because there are crops like corn, potatoes and rice as their food.

The badger was sent to the Shanghai Zoo for medical treatment.

Health observations are underway, and the badger will be released back into nature when it is ready, Shanghai's greenery authorities said. 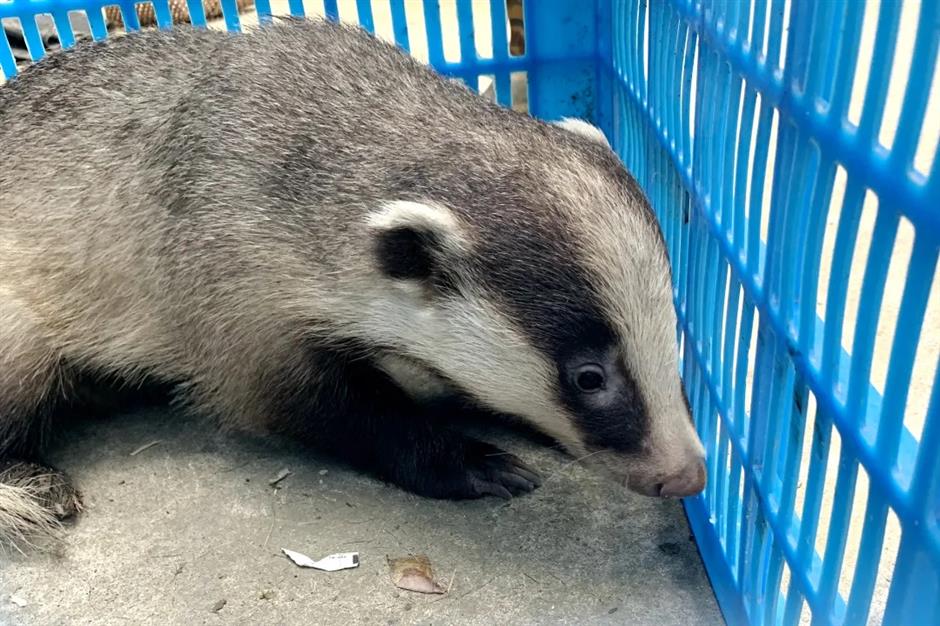