Where to tour around? Here are the official lists of top Shanghai attractions

In an effort to bolster local tourism among Shanghai residents and visitors to the city, the Shanghai Administration of Culture and Tourism released lists of the city's cultural, entertainment and commercial landmarks. The lists help guide tourists, as well as boost consumption and promote the city.

Based on the "Most Shanghai" tourism index, these lists cover architecture, art galleries, bookstores, cafes, culture and innovation parks, as well as business venues.

A total of 548 popular spots were chosen from 1,030 venues based on 37 detailed indexes, with some lists involving data analysis and expert appraisal, according to the administration.

Popular tourism landmarks such as Shanghai Disney Resort, Shanghai Wild Animal Park, Yuyuan Garden, the Oriental Pearl TV Tower, the Bund, and the Shanghai Museum topped the lists, while the Shanghai Postal Museum and Sihang Warehouse Battle Memorial, located along the Suzhou Creek, also secured spots on the lists with the opening of the 42-kilometer riverside paths along the creek, the administration said.

During the holiday, Shanghai Disneyland has remained the top pick for visitors.

Other popular destinations included Disneytown which introduced a new virtual reality experience based on the classic Chinese story "Journey to the West," creating an interesting dialogue between the Chinese superhero Monkey King and the Marvel characters in Disneyland next-door.

Camping, rowing, pedalling and other emerging activities also made the resort an attractive destination.

Since its official opening on April 26, 2016, Shanghai International Resort has received more than 100 million visitors. 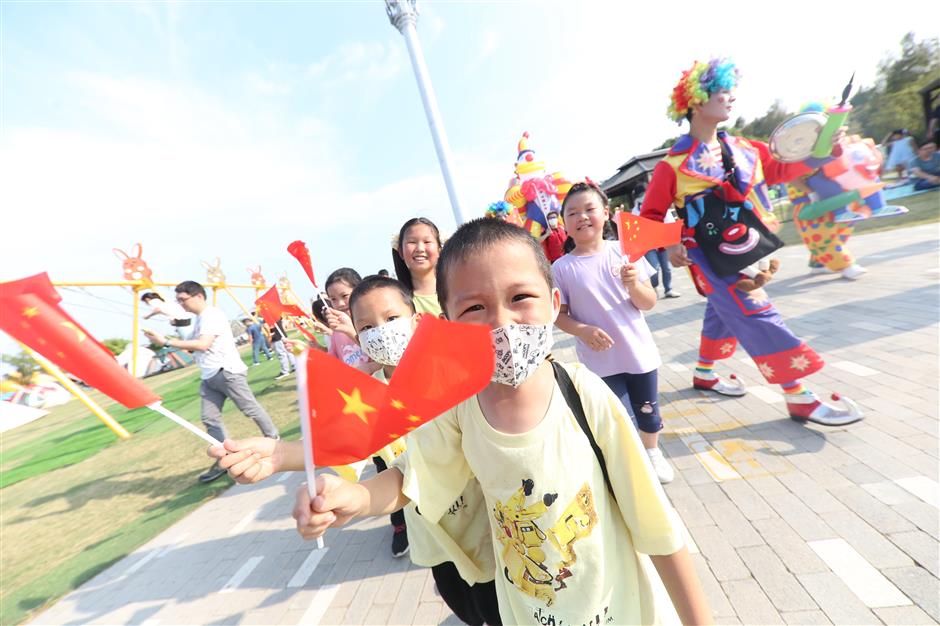