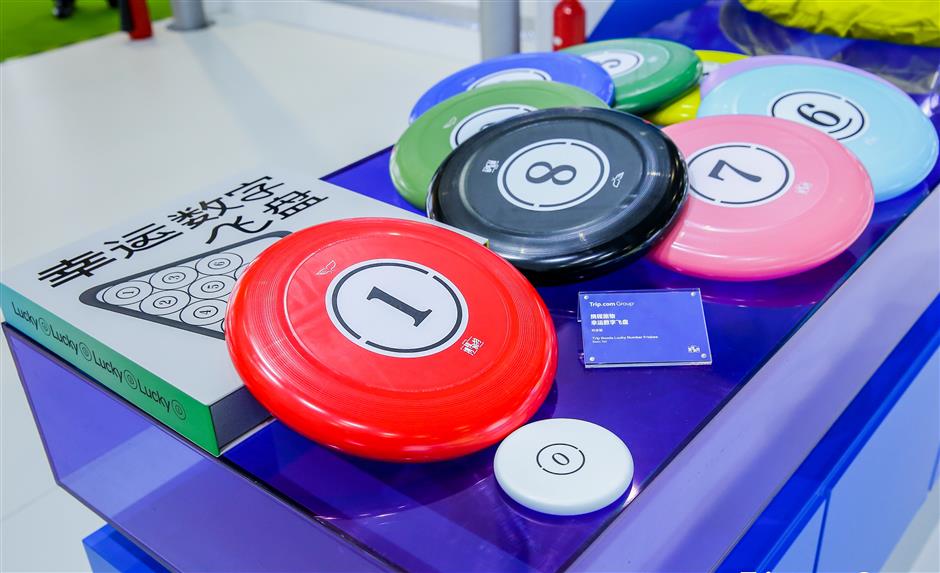 Frisbee introduced at the Trip.com booth at the 5th China International Import Expo in Shanghai.

The ongoing 5th China International Import Expo has boosted the popularity of Shanghai, based on search results of travel operators.

In the latest week, search related to Shanghai has soared 50 percent from the same period last month, according to Mafengwo, a Chinese travel services and social networking site.

Country parks with autumn scenery have drawn the most attention, with Shanghai Haiwan Forest Park in suburban Fengxian District topping the popularity list, it added.

Businesses in the tourism and hospitality sector have been actively engaged at the 5th CIIE, eyeing the huge business opportunities brought by the grand event.

Hotel giant Marriott International, attending the CIIE for the fifth straight time, presents a unique design at the event this year.

It has brought the display wall of the "Cabinet of Curiosities" to its booth and incorporates the group's history, innovative ideas and people-first cultural elements into the booth design.

Through the display of interesting small objects such as tea saucers and coffee cups in the 1920s and 1930s, visitors are taken back to the A&W root beer stand founded by JW Marriott in 1927.

Visitors talk at the booth of Marriott International.

Six postcards are showcased in the cabinet, revealing the history and development of the group.

In the past five years, the dividends of the CIIE have continued to overflow, and the group has continued to increase its development commitment to China during the period.

The group currently operates 55 hotels in Shanghai, which has become the first city in the Asia-Pacific region where the group has more than 50 hotels.

It is expected that 2023 will usher in the development milestone of the 500th hotel opening in China.

Shanghai-based online travel operator Trip.com is also a fifth-year exhibitor at the expo. 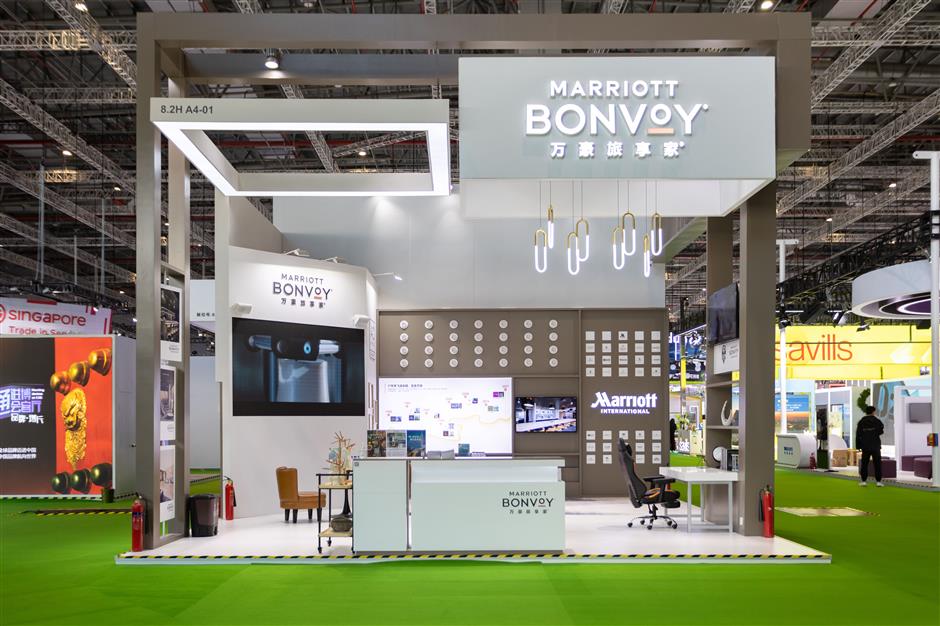 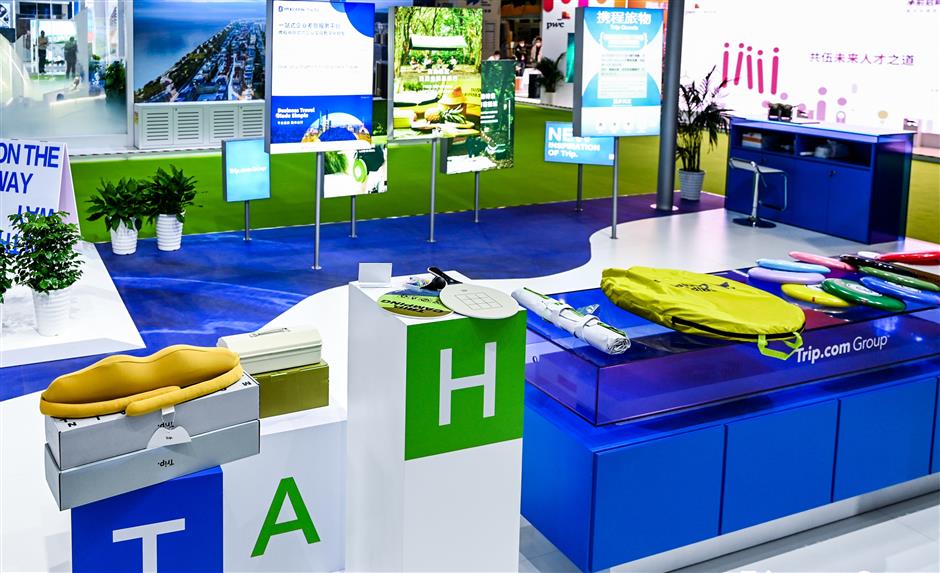 Outdoor outfits on display at the booth of Trip.com.