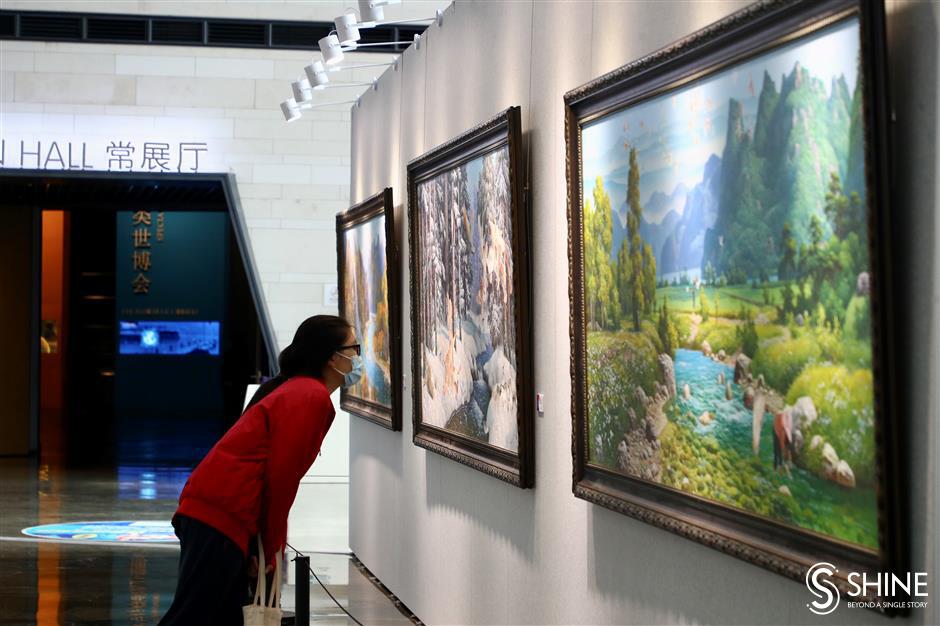 A woman checks out the paintings of crested ibises at the Shanghai World Expo Museum.

People who have witnessed crested ibises, or Nipponia nippon, would be hard-pressed to forget their lovely and graceful form as they flutter and soar through the air.

At one time, the species was common throughout East Asia, including China, Japan and South Korea, but gradually disappeared due to human activities such as hunting and environmental change.

A special event with beautiful artworks and a forum on crested ibises was launched at the Shanghai World Expo Museum on the weekend.

Officials and specialists from China, Japan and South Korea discussed the harmonious relationship between humans and nature, using the conservation of crested ibises as a focal point at the event.

They recalled how creatures on the edge of extinction had reappeared when seven wild birds were sighted in China's Shaanxi Province in 1981. They were carefully safeguarded and bred in order to serve as ambassadors of friendship between China, Japan and South Korea. 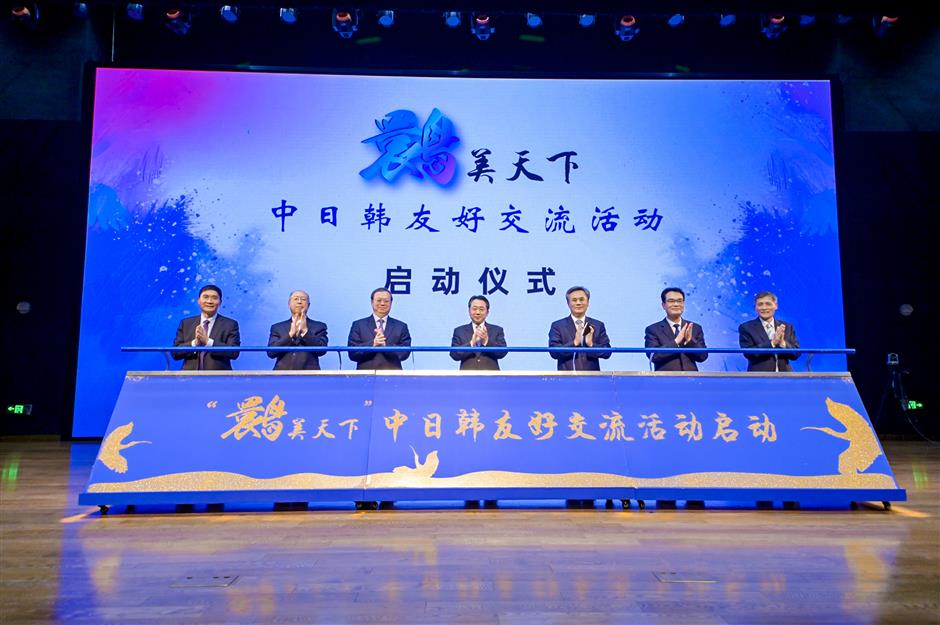 The bird is so firmly ingrained in Japanese culture and history that it is considered the country's national bird.

At the end of the 1990s, when Japan was lamenting the extinction of the local crested ibises, two birds, Youyou and Yangyang, descendants of the seven, were sent to a conservation center in Sado, Japan, marking the beginning of a cooperative effort between the two countries to breed the endangered species.

Youyou and Yangyang gave birth to their first babies on May 21, 1999. 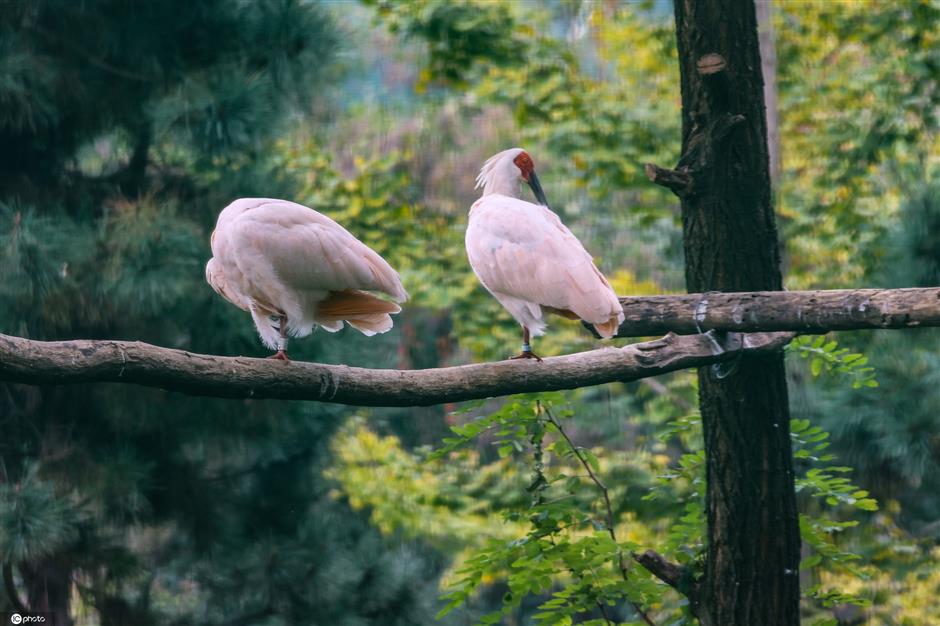 Oku Masafumi, the deputy consul-general of Japan in Shanghai, said that his memories of Youyou and Yangyang's landing in Sado are still fresh.

"The gathering of officials and experts from China, Japan, and South Korea today to discuss the subject of environmental preservation based on the conservation of the beautiful bird crested ibis is of great significance," Masafumi said.

To improve crested ibis breeding in Japan, the Chinese government gifted Meimei, a crested ibis female, to Japan in October 2000.

Eventually, the pair of birds also came to represent the relationship between the two countries.

Breeding programs, including artificial insemination and incubation, have resulted in the existence of over 4,000 crested ibises in China and over 500 in Japan. 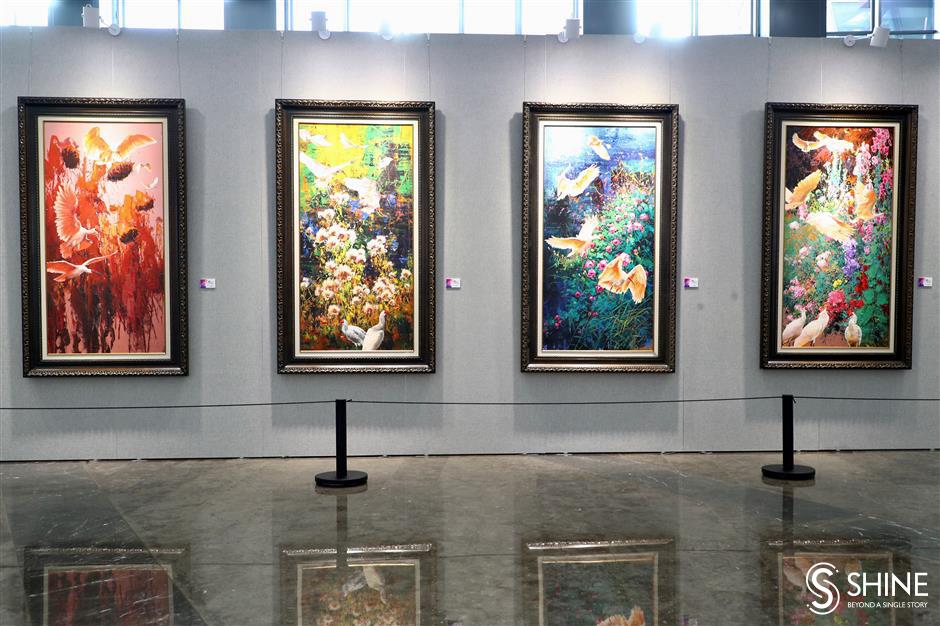 Paintings of crested ibises are on display at the World Expo Museum.

In 2008, China also donated a couple of crested ibises to South Korea, which now has over 458 of them.

"South Korea, China and Japan are neighbors, facing each other across the sea," said Kim Seungho, consul general of South Korea in Shanghai. "As we share a similar culture and have thousands of years of communication history, we have established very firm trust with each other."

Similar to the protection of crested ibises, China, Japan and South Korea have established numerous productive partnerships, he said. He hopes that in the future, environmental protection cooperation will be expanded and the three countries will serve as an example of international cooperation. 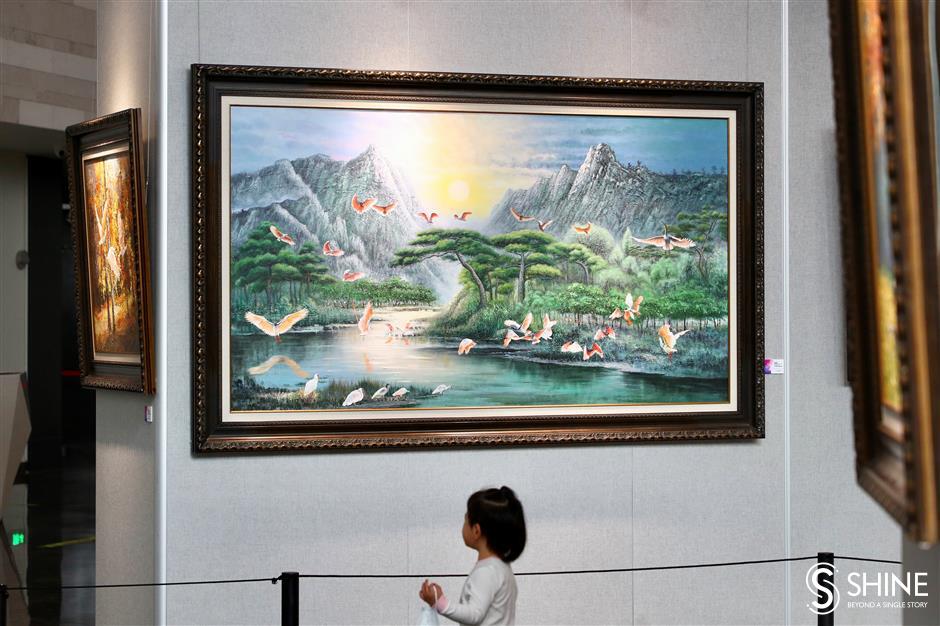 A girl watches a painting of a group of fluttering crested ibises.

Yuan Mindao, vice president of the Chinese People's Association for Friendship with Foreign Countries, said that the crested ibis was "a successful example of biodiversity protection and a symbol of peace between man and environment."

"Bearing the true goodwill of the Chinese people, the birds have departed Shaanxi Province and settled in Japan and South Korea, where they have flourished and created a bridge for non-governmental exchanges and cooperation between China, Japan and Korea."

On the basis of the relationship made by crested ibises, he hoped that there would be more cooperation and communication between the three countries in the future towards the creation of a low-carbon, green and aesthetically pleasing world. 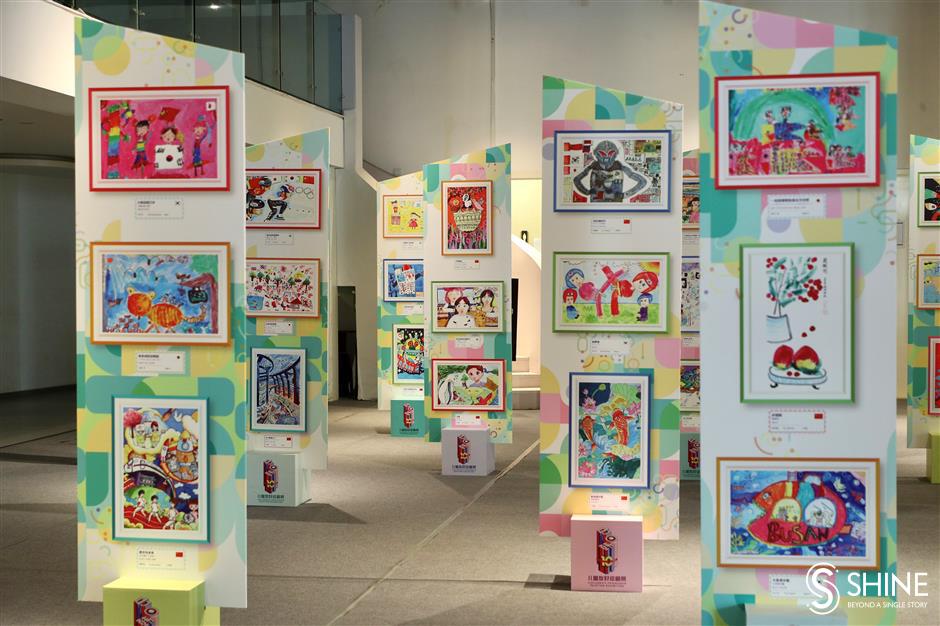 The children's drawings show the non-governmental connection and friendship between the three countries.