Shanghai marks historic visit by Einstein a century ago

A bust of Einstein made by Israeli artist Yuval Mahler

Shanghai celebrated Albert Einstein's first visit to the city a century ago, in November 1922, during which he was officially notified about winning the Nobel Prize.

An event was held yesterday at the China Securities Museum, formerly the Astor House Hotel and Richard's Hotel, where the German-born physicist spent a night during the trip.

Historical images and papers, including the telegram announcing his Nobel Prize from the Royal Swedish Academy of Sciences, were displayed during the event on Monday.

It also included a letter by Einstein that he had written during his trip to Asia. In the letter, dated January 1923, the physicist informs Swedish scientist and 1903 Nobel Prize winner Svante Arrhenius of his Nobel Prize. 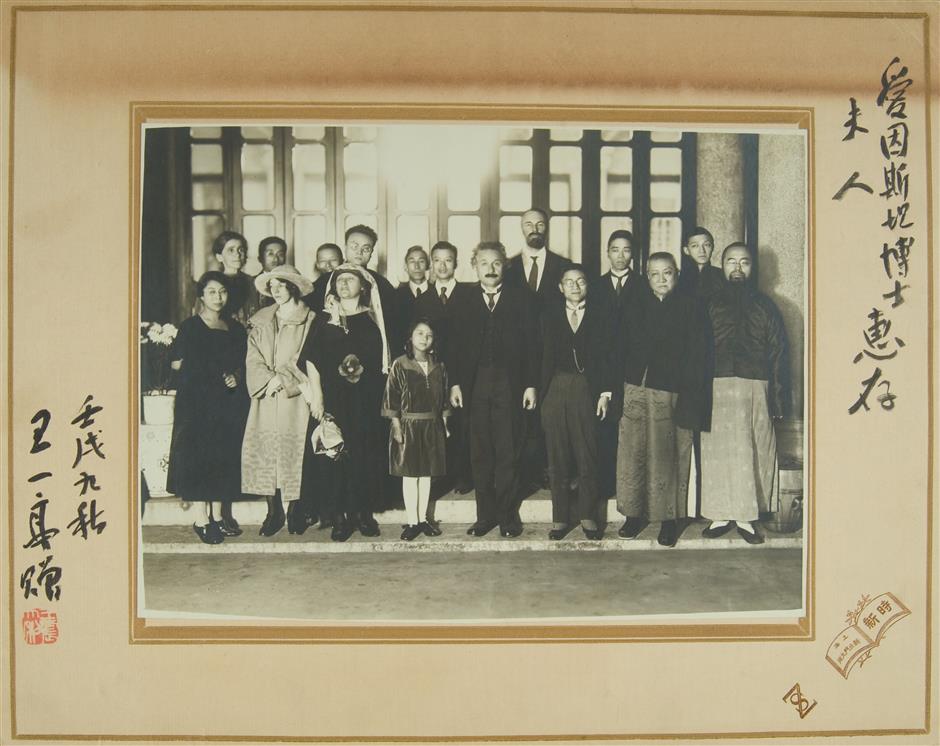 "Einstein is a figure that continues to inspire across the world," Eytan Halon, deputy consul general of Israel in Shanghai, said at the event.

"Amongst other similarities, I believe that it is the thirst for knowledge and discovery that deeply connects the Israeli and Chinese people today."

The famous guest and his wife arrived in Shanghai on November 13, 1922, to cheering crowds and reporters at Wayside Wharf, 2km from Richard's Hotel, and left for Japan on November 14.

They left behind many stories during his two stops in Shanghai.

Which celebrities were there to welcome him when Einstein arrived? Did he stay at Richard's Hotel, the most luxurious hotel in the city then? Where else did he visit?

Einstein's visit to the city was celebrated by another Nobel laureate, Michael Levitt, winner of the 2013 Nobel Prize in Chemistry.

The biophysicist visits Shanghai often with his wife and considers himself a citizen of the world, given that he has multiple citizenships. He resonates with Einstein's desire to travel far "to reach out and communicate about science to the people."

"Essentially, you have to be like a rock star in science," he said.

"For me, this can be done in many ways, and Shanghai is a wonderful place where I can talk to high school students, and even get on Bilibili. This is the age when you want to get to people very very young." 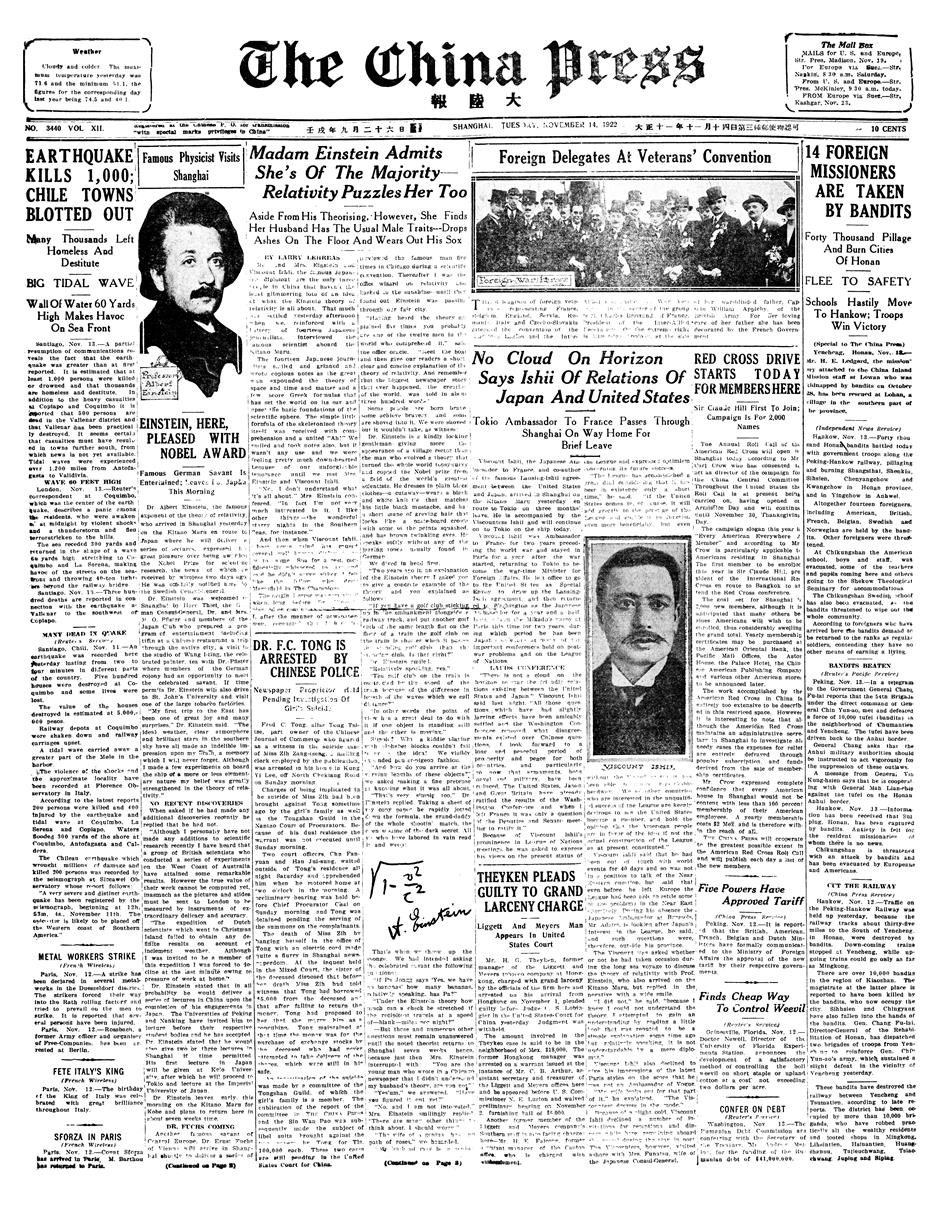