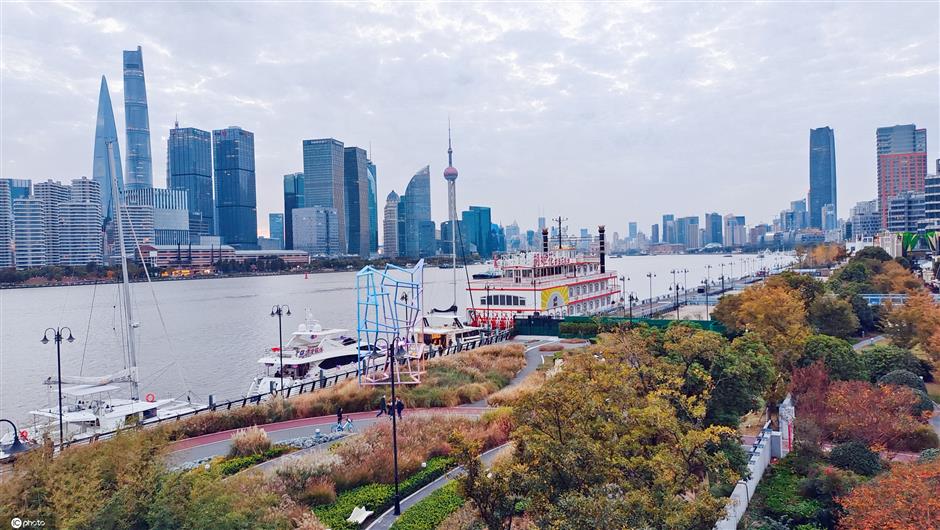 The Yangpu section of the Huangpu River waterfront.

An urban renewal project on the Huangpu River waterfront in Yangpu District will be launched to open up more riverside areas and better preserve Shanghai's early industrial heritages.

The 10-kilometer-long waterfront area in the middle and northern areas of the Yangpu waterfront will be redeveloped by the end of 2025, featuring parks, service centers and headquarters of high-tech companies, said Guan Yuanfa, president of the Yangpu Waterfront Development Co.

"The new section of the Yangpu waterfront will become a world-class riverside space and a showcase of Shanghai's delicate urban management," Guan told the River and Creek Urban Innovation Forum on Monday, which is part of the World Cities Day events.

The industrial value of the Yangpu waterfront once accounted for one-fourth of Shanghai's total output and five percent of China's total in the 1980s.

The area is known as the birthplace of China's modern industries with the nation's first water, electricity, shipbuilding and textile companies located here. Many of the industrial buildings, such as the iconic power plant, have been preserved during the redevelopment of the riverside area.

It now aims to become a demonstration to global cities on how to protect and reuse industrial heritage sites, said Guan. 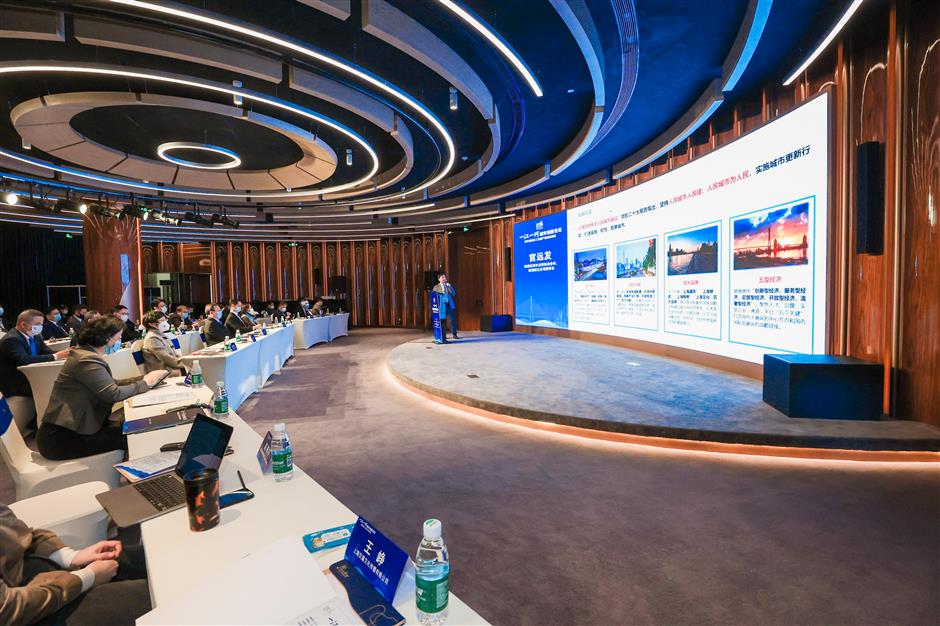 Guan Yuanfa, president of the Yangpu Waterfront Development Co, talks about the redevelopment plan for the riverside region at the forum.

As a highlight of the redevelopment, renovation will begin in early 2023 at the Yangshupu Power Plant, once the biggest thermal power plant in East Asia and Shanghai's tallest structure.

According to the blueprint, it is about to become a new industrial base for global headquarters in the energy and environmental sectors.

Citizens and tourists can now view the power plant, which was built in 1913 and operated until 2010, along with a dozen of China's earliest industrial heritage sites along Yangpu's waterfront.

Other former factory buildings will be preserved and converted into conference, exhibition and art centers along with parks.

Service stations will be built every 700 meters for visitors to take rest, drink water or charge their mobile phones, said Guan.

Construction has begun on the new headquarters or R&D centers of ByteDance, Meituan and Bilibili, all domestic giants of the online new economy sectors, along the river.

The video streaming platform Bilibili will develop the riverside region beside the Yangpu Bridge into a digital entertainment industrial center. A new immersive performance center has been planned to turn the area into an "online and offline multicultural park." 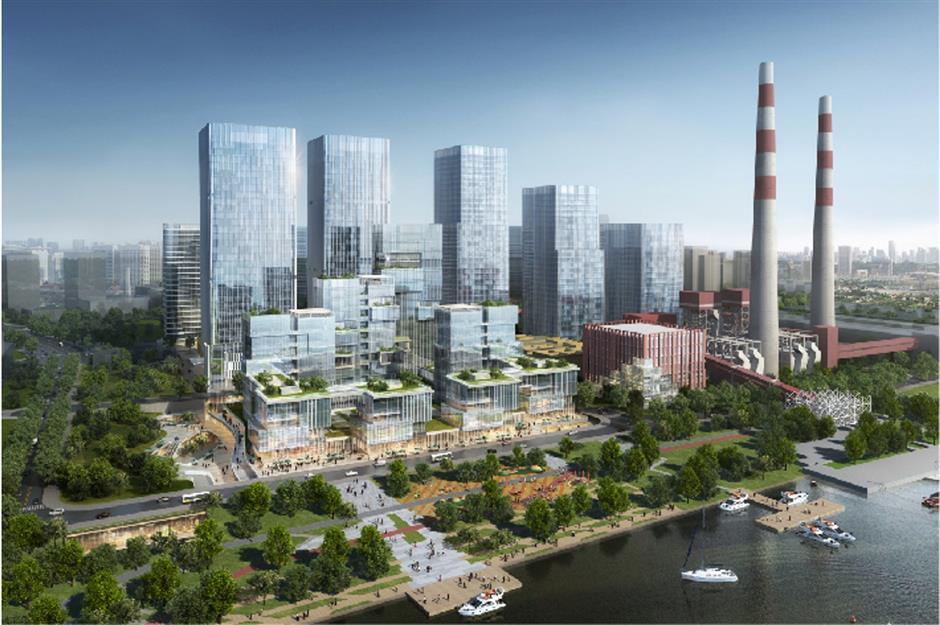 An artist's rendition of the redeveloped Yangshupu Power Plant.