The Shanghai Astronomy Museum has won an "Oscar" in the themed entertainment industry for providing an immerse "universe" for its visitors.

It has become the nation's first of its kind to win a Thea Award for Outstanding Achievement announced by Themed Entertainment Association (TEA) at the International Association of Amusement Parks and Attractions (IAAPA) Expo in Orlando, Florida, last week.

TEA is an international non-profit association representing the world's leading creators, developers, designers and producers of compelling places and experiences. It established the Thea Awards in 1994, which is seen as the "Oscars in the themed entertainment industry."

Other winners this year include the Universal Beijing Resort and Walt Disney World in Orlando.

The award ceremony will be held on April 15 next year in Anaheim, California. 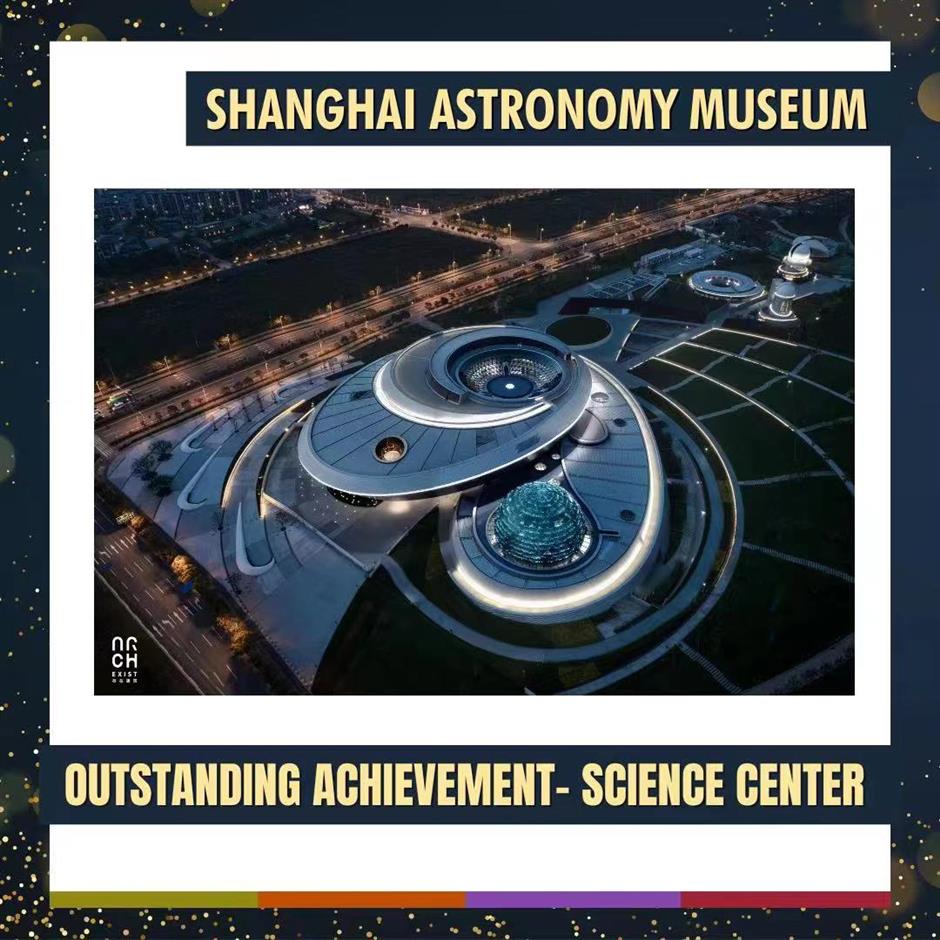 The Shanghai Astronomy Museum wins the Thea Award for Outstanding Achievement as a science center.

Xin Ge, deputy curator of the museum, said this award took the museum's immersive exhibitions, interactions and the visitor experience into consideration as well as the well-designed architectural space and exploring routes.

"We hope to present esoteric and abstract information about astronomy in a way that is vivid, diverse, interesting and full of aesthetic value and imagination to make every visitor have a special, touching experience which can reach their soul during their journey at our museum," Xin told Shanghai Daily.

The three main themed pavilions, "Home," "Universe" and "Odessey," guide visitors to explore the three questions – where we are, where we are from, where we are going – with cutting edge visual and audio technology. In the "Home" pavilion, people can watch a projection show explaining the evolution of the Earth over billions of years, find the first landing site of humans on a high simulation moon model, and have a close contact with the Sun with impressive visual scenes and tactile hot air blasts.

In the "Flying Over the Galaxy" dynamic theater, they can take a light-speed spacecraft to explore black holes and exoplanets.

The "Cosmos" pavilion allows visitors to "return" to the beginning of the Big Bang by walking through a somatosensory interactive corridor.

The "Odyssey" pavilion reveals every step of human exploration of the universe. People can watch the sky through Galileo's telescope, wear VR glasses to simulate a moonwalk, and step into a life-size space station to experience the life of an astronaut. 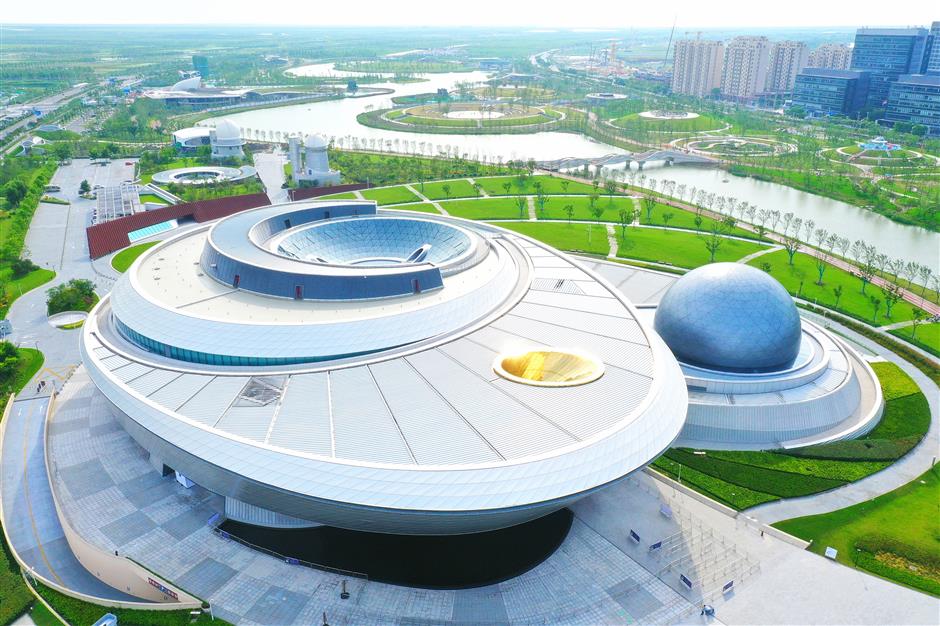 The museum also provides research-class telescopes, an 8K dome theater, and the world's most advanced optical planetarium. Those who are unable to access the site can use its online service via the WeChat mini program 智游天文馆 where an introduction to the exhibits can be found.

The award ceremony will be held on April 15 next year in Anaheim, California. 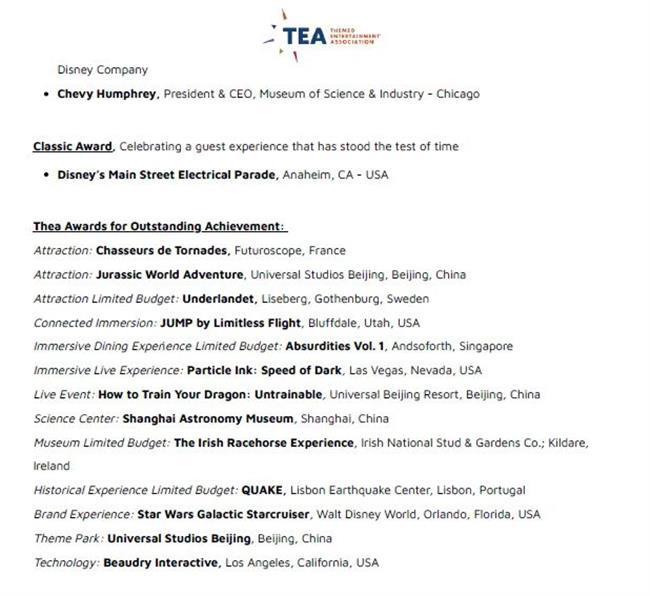 The other winners of the Thea Award