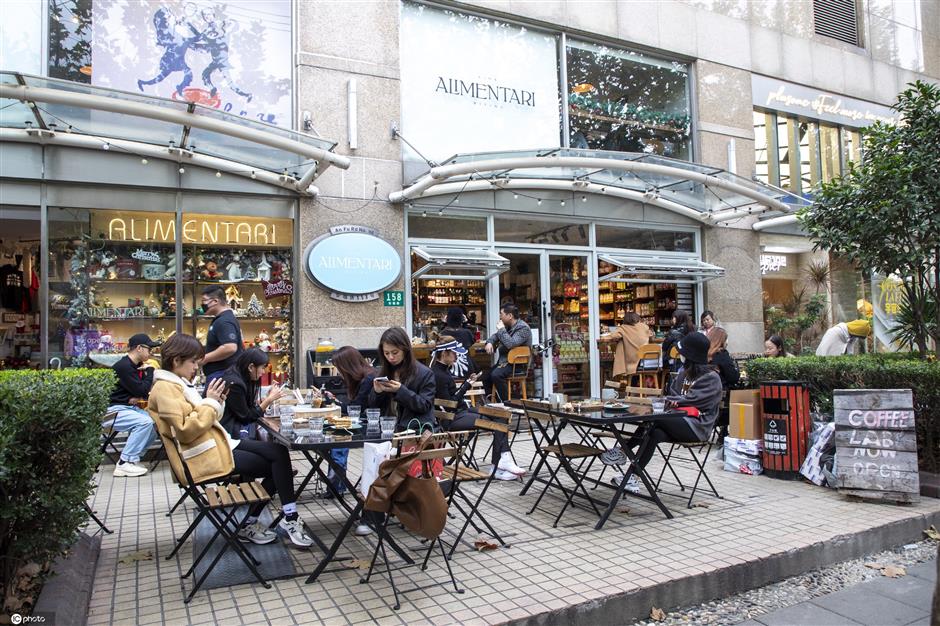 People dine outside a cafe in downtown Shanghai.

Shanghai on Thursday reported two COVID-19 community cases in the city's outskirts, who had visited several stores and restaurants in six districts.

Both tested abnormal during recent regular polymerase chain reaction (PCR) screenings, and have been put under quarantined medical observation.

Apart from her accommodation, the woman had been to a Sam's Club supermarket at Waigaoqiao in the Pudong New Area and a restaurant along with other places in Minhang, Putuo and Jing'an districts.

The man had been to a Yifeng Pharmacy in Songjiang, and street shops in Hongkou and Putuo districts, apart from his accommodation.

A total of 299 close contacts of the new community cases had been traced and placed under central quarantine as of 4pm on Thursday. Among them, 211 have tested negative.

The building and villagers' group where they live have been listed as high-risk areas and put under lockdown. 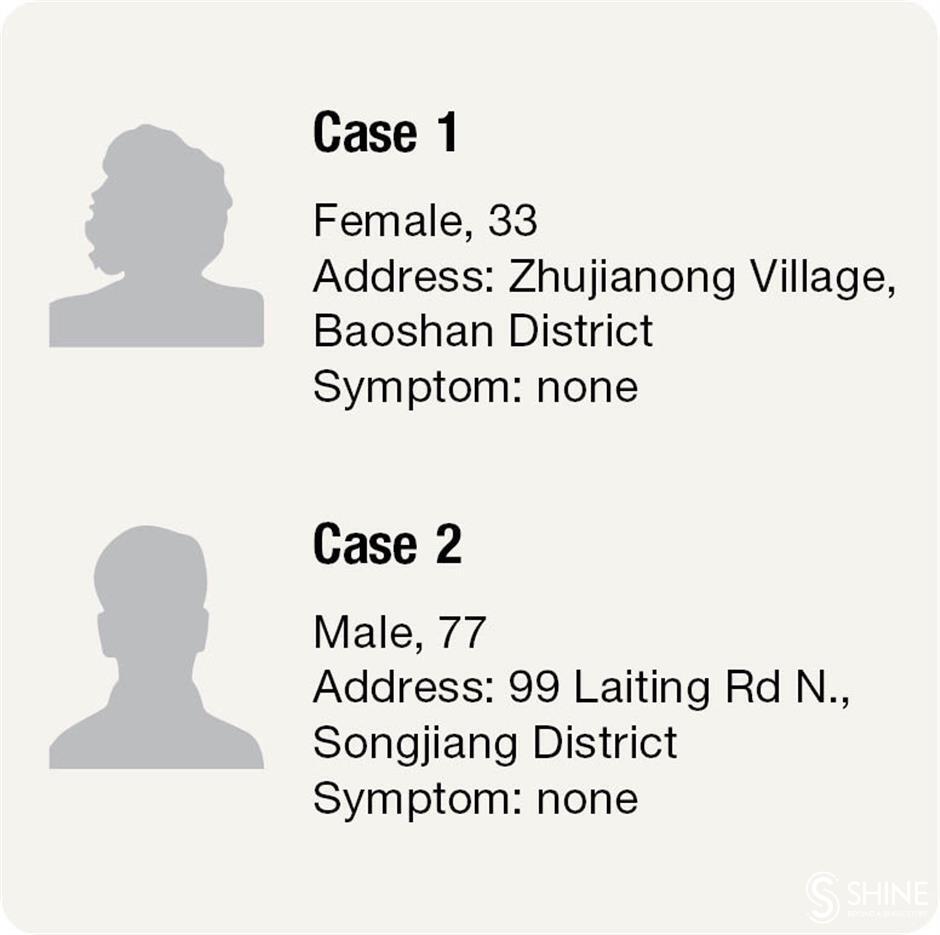 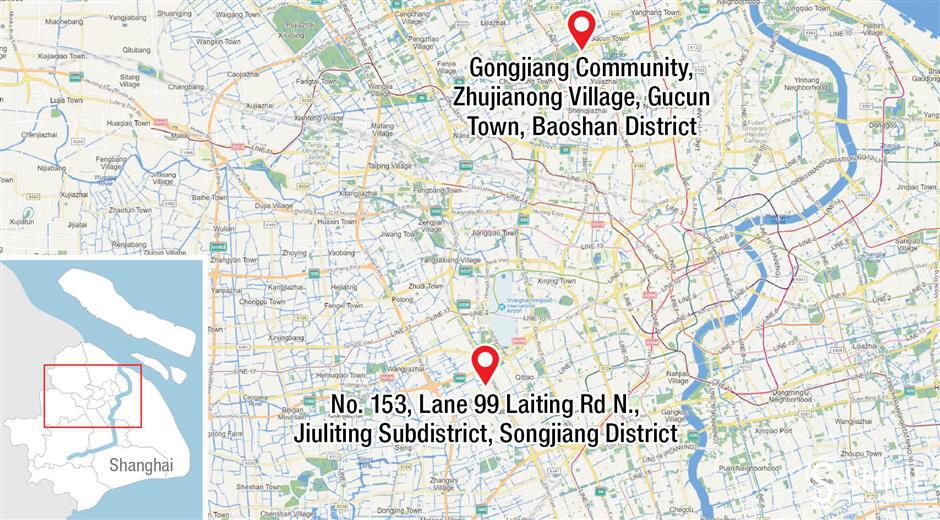