As high as 58 percent of Chinese prostate cancer patients are already in the middle or terminal stage when diagnosed because of a lack of widespread screening.

As a result the five-year survival rate of prostate cancer patients in China is less than 70 percent, which is much lower than the nearly 100 percent in Western countries.

The low screening rate and low survival rate of prostate cancer patients are one of the biggest challenges facing China, Dr Ye Dingwei from Shanghai Cancer Center told the International Urological Tumor Forum in the city over the weekend.

"Potential complications and risks brought by surgery like sexual and reproductive function disorder and urination difficulty are major reasons that prevent patients from looking for professional treatment," said Ye.

The hospital has developed a precise surgery format to improve five-year survival and control after-surgery complication. 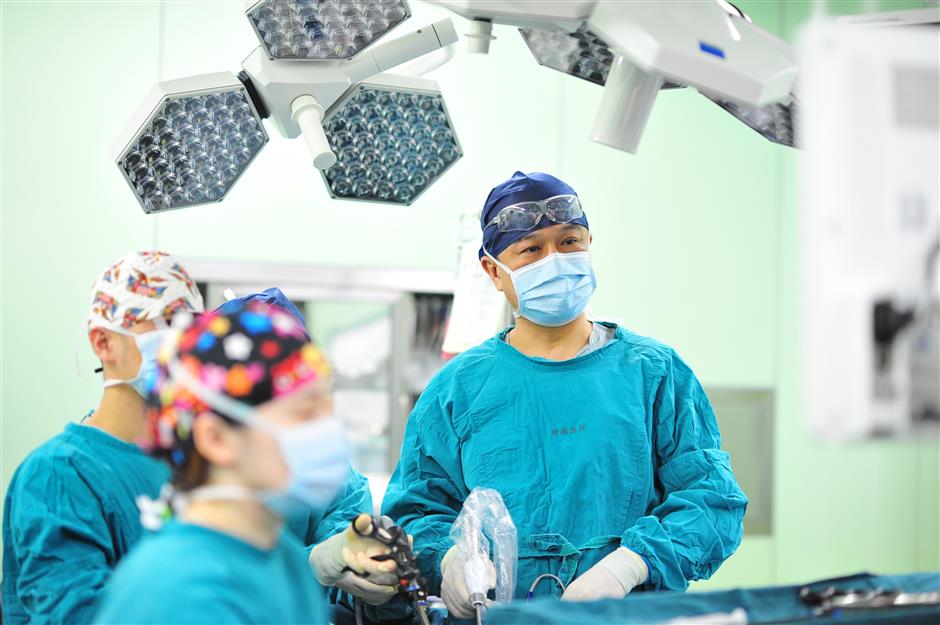 Data showed the five-year survival rate for prostate cancer patients is 82.6 percent, while the survival rate is almost 100 percent for those receiving surgery.

"About 97 percent of patients have regained urination function and over 70 percent regained sexual function after surgery," he added.

Experts reiterated the importance of screening. With the change of diet and lifestyle, the incidence of prostate cancer keeps rising and the average age of patients is becoming younger.

"Early and regular screening is the key to prostate cancer prevention and control," Ye said.

"A blood test for biomarker is a very simple and economic one. We have cooperated with communities to offer convenient screenings and a green channel of further checks and diagnosis for those being detected with a problem in screening."