The Suzhou Bay Technology Town of Taihu New City is heading the development of the whole region, also supported by the Financial Town and Qipao Town which both belong to the Technology Town.

The New City is also the most eco-friendly and charming tourism resort, as well as the premier lakeside leisure base in the area around Taihu Lake.

Located in the center of Suzhou Bay, Suzhou Bay Technology Town is seen as an important innovation carrier of the further development of industry, civilization and tourism of Wujiang Taihu New City.

The town’s development will make use of the various resources and economic energies, by concentrating on regional development.

The town aims to be built up as a brand-new “Technology Town” and “High-qualified Area,” as the core of the high technology resources, the origin of high-tech companies, the model of a low-carbon economy in the whole area of Wujiang District, and also the whole of Suzhou.

Speeding up the development of the new industries including software and Internet, finance, culture creation, headquarter economy, big data, and more is definitely on the blueprint of the town. 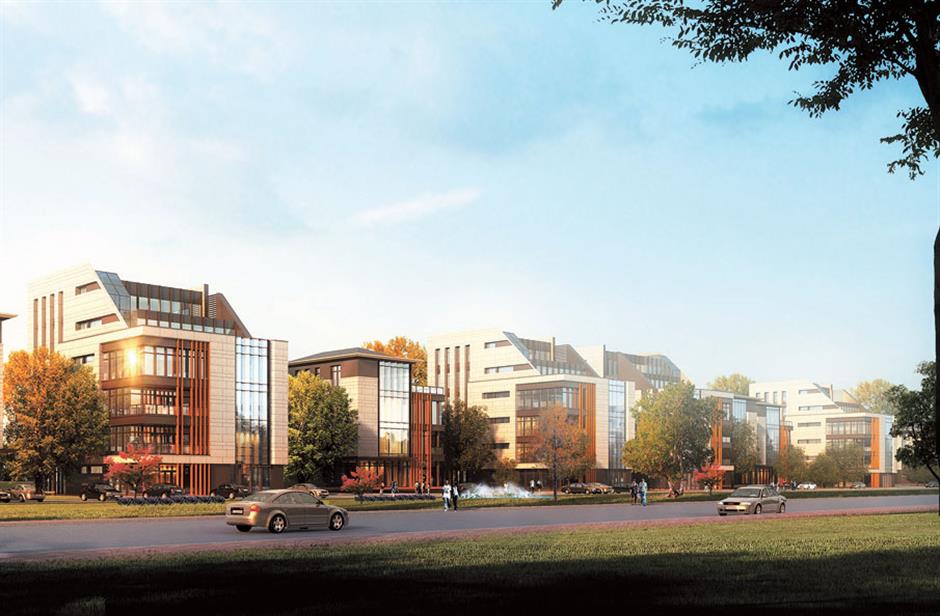 As one of the innovation platforms of Suzhou Bay Technology Town, Suzhou Bay Financial Town was founded by 12 financial institutes, including Legend Holdings, Greenland Financial Holdings and Legend Capital.

According to the plan, the Financial Town’s area will be around 500 mu (33.3 hectares) in total.

Aiming to be the brand-new “highland of talents” and “guidance of industries,” the town is designed to be developed as the core of creative and investment industries in Wujiang District, the second biggest financial center of the Yangtze River Delta Region, and the demonstration highland of China’s national-level career-building and investments.

Since the official announcement of its founding, the Financial Town has been targeting celebrated investment institutes, both domestic and abroad.

The Financial Town, with the advantages of excellent conditions of hardware and industries, focuses on gathering industries of funds, providing service to regional innovation and career-building, as well as promoting the combination of finance and technology.

In the near future, the town will perfectly combine finance and industries. Using efficient market mechanisms, it will develop projects and capital within Suzhou Bay Technology Town, expanding its business to Jiangsu Province, to the whole country and even the international market. 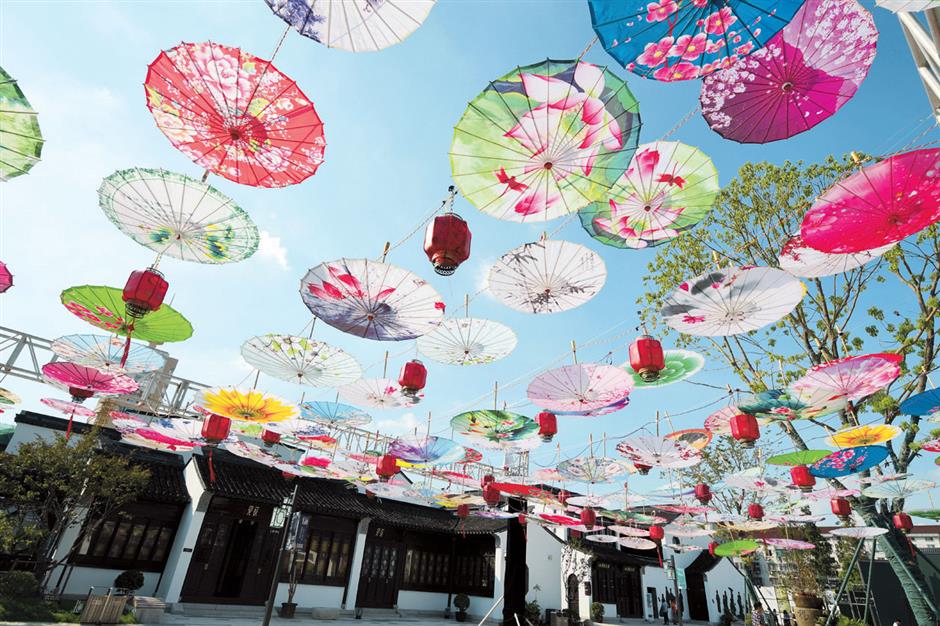 Launched in 2013, Suzhou Bay Qipao Town will cover 580 mu, with a construction area of 400,000 square meters. The total investment is as much as 6 billion yuan, according to the plan.

The natural scenery and culture decided that Qipao Town be built as a tourism town featuring an old water town style and qipao culture. The Chinese traditional qipao culture with its historic background can be extended to other Chinese traditional cultures such as calligraphy, silk and aesthetics, which will definitely lead various business industries in the town.

Qipao Town will develop into a perfect fusion of culture, business and tourism. With the basic style of Suzhou in other scenery and architecture, the elements of qipao can be found in every detail of the town.

The west area is featured mainly in qipao costumes and Chinese traditional culture, supported by the relevant facilities of restaurants and hotels. There are the Qipao Museum, a qipao-themed hotel, Chuihong School, Qipao Academy and a Culture and Arts Center in the island area. The east area focuses on the fashion design industry as well as the tailor-made business of high-end qipao costumes.

The first part of the construction of the town, covering 5,000 square meters, was officially opened to the public in May 2017.

Several domestic luxury qipao brands such as Ne•Tiger, Ji Xiang Zhai, Golden Scissor and Janchoo have settled in the town. Together with a group of significant silk brands, Qipao Town has already built up its image of luxury costumes of Chinese traditional qipao.

The second part of the construction, covering 13,000 square meters, has just completed and opened up in October.

A variety of business can be found in the second part, including the oriental art space “Jade Space,” Zhijian Book Store, regarded as one of the most beautiful bookstores in China, as well as plenty of food and beverages featured in Chinese tradition and culture.