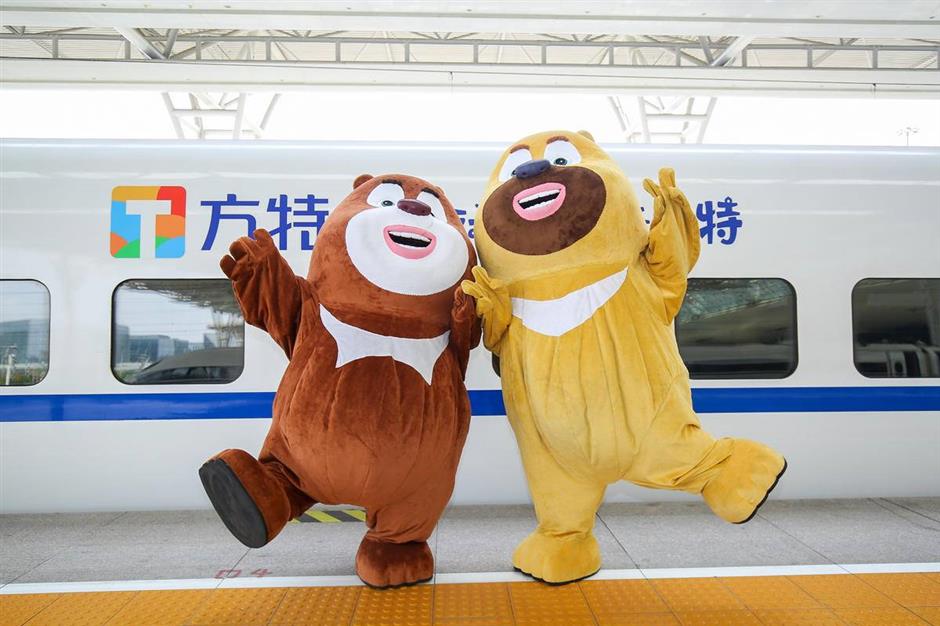 Mascots of the amusement park pose beside the high-speed railway train.

A high-speed railway train departing from Shanghai was named FantaWild after the chain park on Tuesday.

The train D2285 has stops including Ningbo, Fuzhou, Xiamen and Chaoshan. It left Shanghai Hongqiao Railway Station on Tuesday and arrived in Shenzhen the same day.