ARJ21 shows what it can do in Yunnan 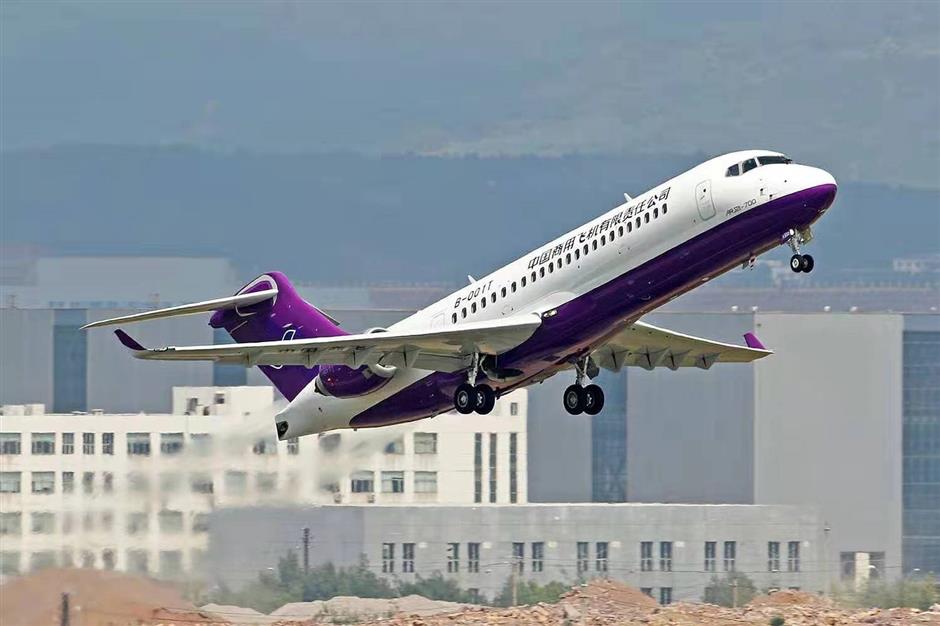 An ARJ21 takes off for three days of demonstration flight on Monday in southwest China’s Yunnan Province.

China's first domestically developed regional jet, the ARJ21, took off for three days of demonstrations on Monday in China’s southwest Yunnan Province to prepare for its highland commercial operation there.

The jet, operated by developer the Commercial Aircraft Corporation of China (COMAC), is being used on passenger flights between Kunming, Lijiang, Tengchong, Lincang, Dali and Xishuangbanna.

The flights showcase the highland adaptability of ARJ21 to explore the possibility of operating new regional routes in Yunnan, COMAC said. Airlines and other clients in the province have been invited to watch and experience the flights as well as to attend seminars.

The 90-seat ARJ21 was designed to fly in conditions prevalent in China's central and western highland regions. It can take off and land at nearly all the highland airports in the country with its resistance to high temperatures and crosswinds.

The regional jet is expected to largely shorten the distance among the many tourism spots in southwest China, COMAC said.

Airports in Yunnan handled over 67 million travelers in 532,900 takeoffs and landings in 2018. The Kunming airport now ranks 35th in passenger turnovers, which means the region has natural advantages to largely develop regional routes, COMAC said. 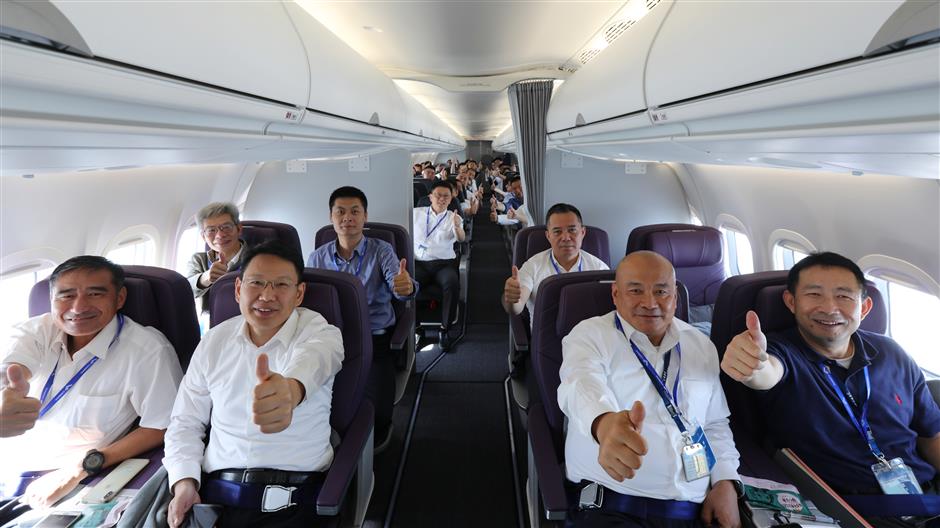 Invited guests and other passengers give a thumbs up to their flight onboard an ARJ21 in southwest China’s Yunnan Province.

There were 36 highland airports mainly in the western part of the country by the end of 2018. Four airports – Kunming and Lijiang in Yunnan Province,  Lanzhou in Gansu and Xining in Qinghai – handle over 95 percent of the travelers.

The deployment of ARJ21s is expected to improve the movement of local people while boosting economic development in the regions, COMAC said.

Currently, there are over a dozen ARJ21s operating in around 20 Chinese cities. The ARJ21 fleet has carried some 450,000 passengers since it started commercial operation with its first operator, Chengdu Airlines, in June 2016.

The jet started commercial operations with its second operator, Genghis Khan Airlines, in July. Urumqi Air will become the third operator of the ARJ21. The carrier, which is based in the Xinjiang Uygur Autonomous Region, said the aircraft is suitable for the low temperatures and elevated terrain of northwest China.

The multiple operators will help to further improve the design of the jet, according to COMAC. 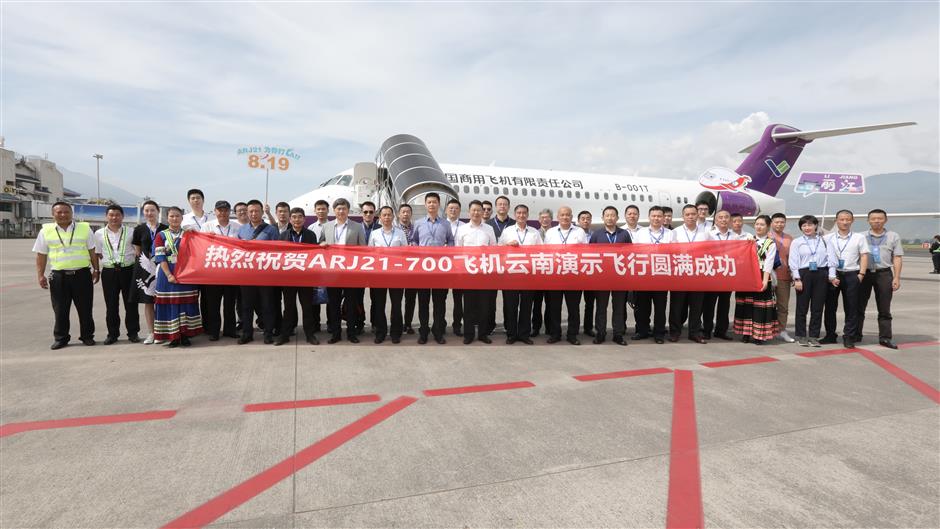 Passengers and crew pose in front of an ARJ21 at the start of three days of demonstrations in Yunnan Province.